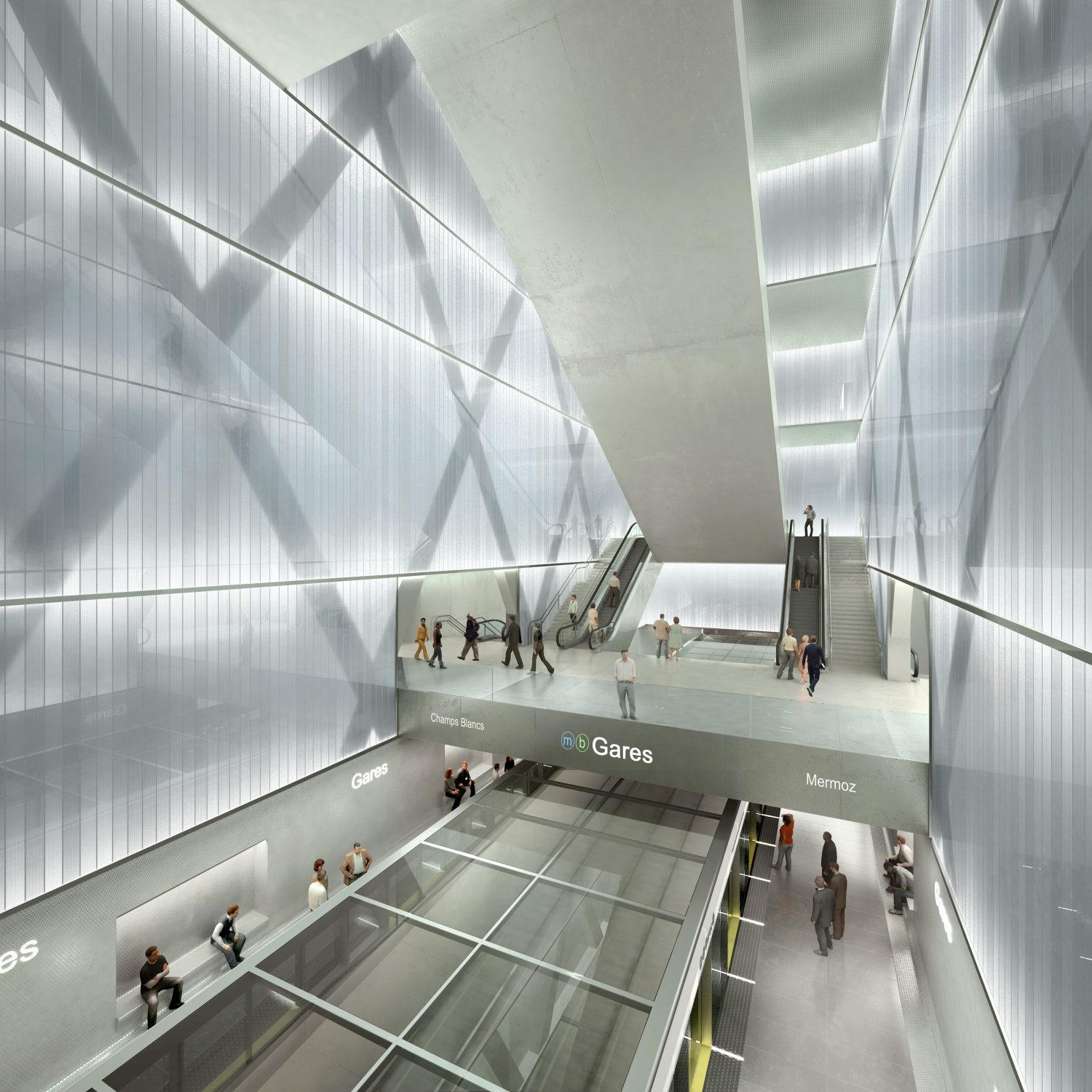 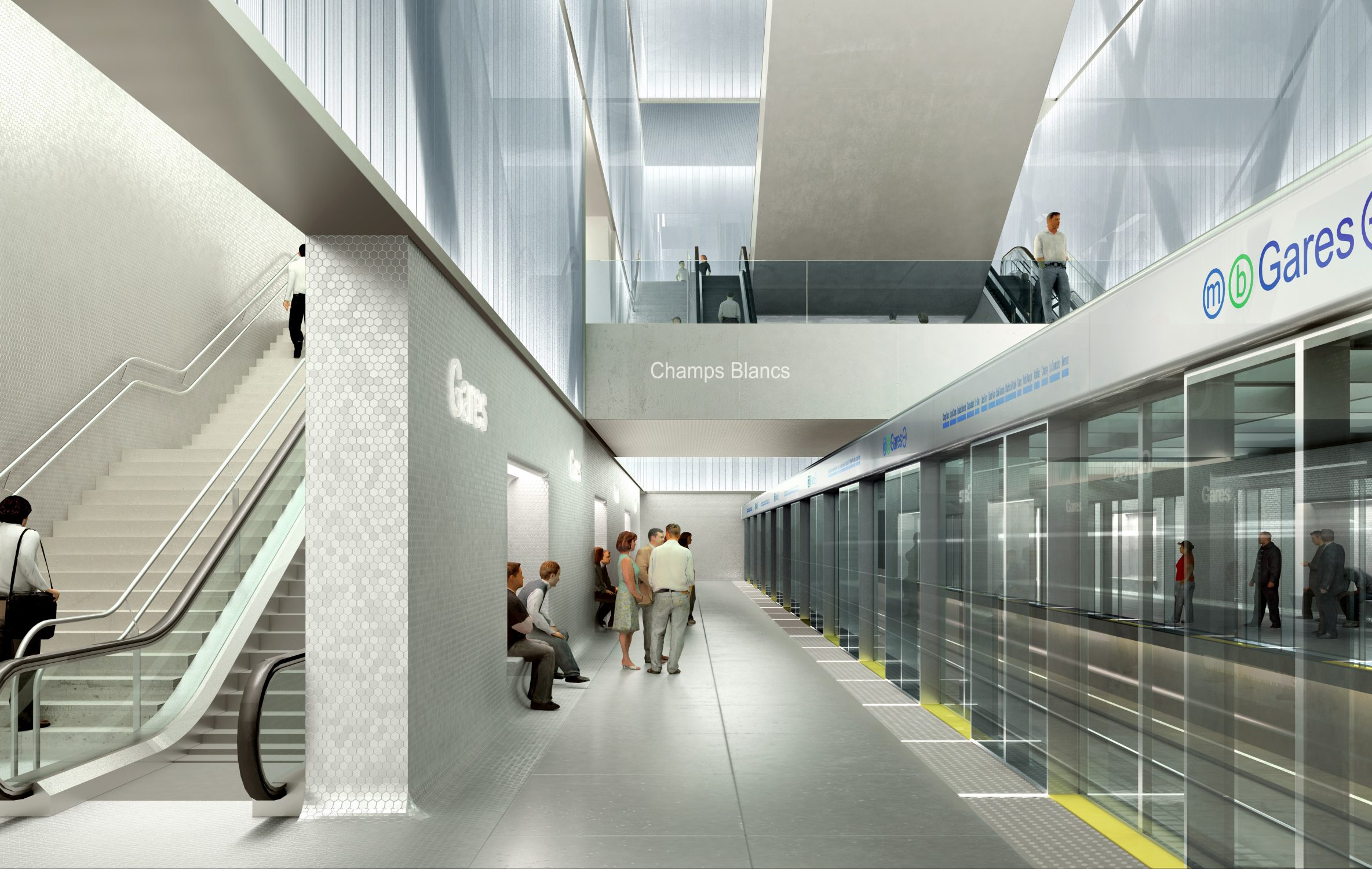 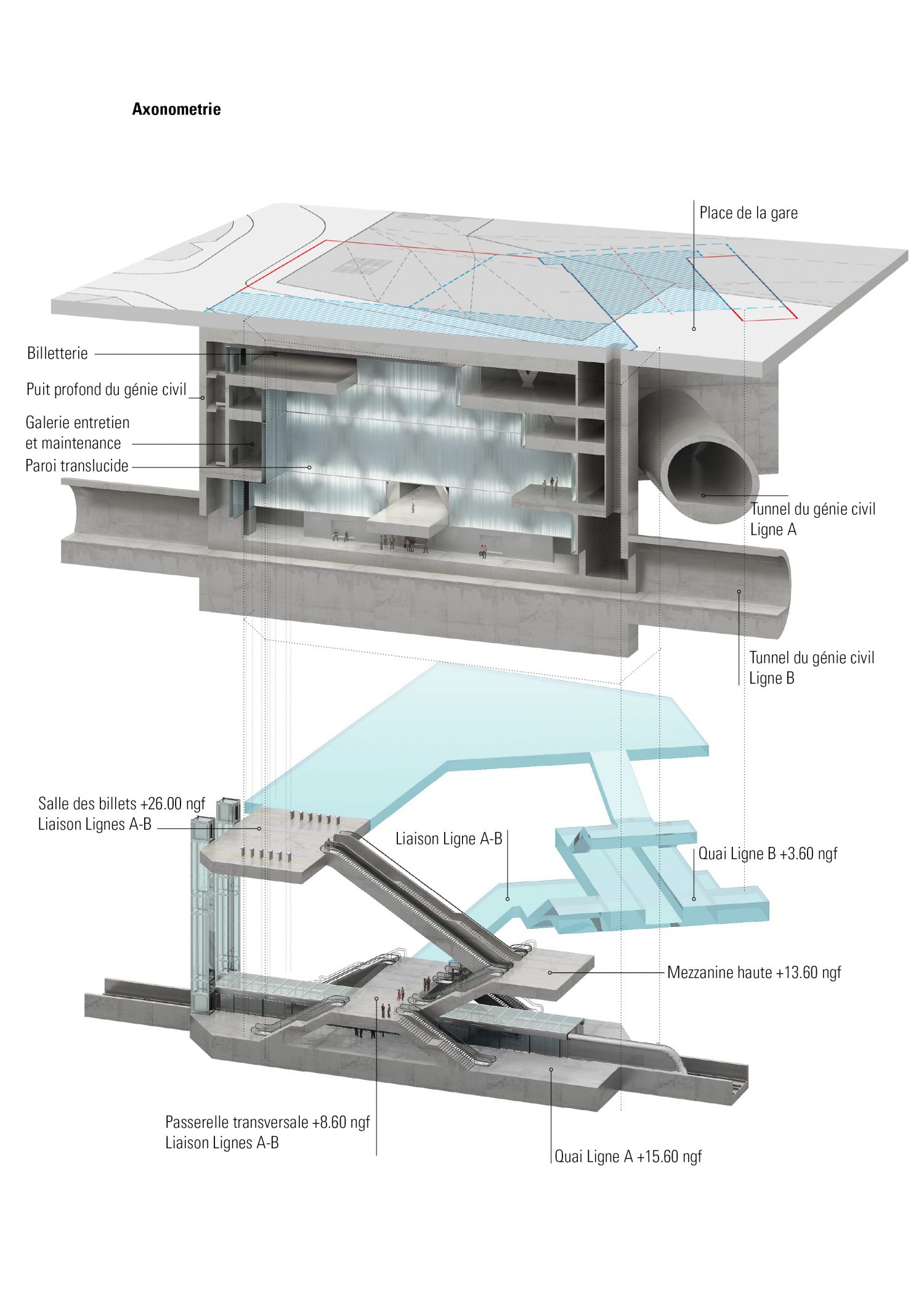 The main idea of ​​the project of the four stations in Rennes was to take care of the user’s experience during their journey through the metro. The architecture of each station is defined by a central atrium, delimited by a lighted wall. The central space materializes the controlled and paying area of ​​the stations. At each level the the horizontal and vertical circulations that distribute the platforms are visible as sculptures. The decision of designing the central atrium, which becomes a real indoor public square, aims to offer people a global vision to orient themselves and visualize their entire journey between the trains and the exits. The complexity of the project results from its technique due to the depth of the four stations, which descend vertically over -25m.

The competition team was led by Mario Russo and Nicolas Souchko; Alberto Gatti with Magali Courias realized the studies and the synthesis. Alberto Gatti follow the architectural monitoring.