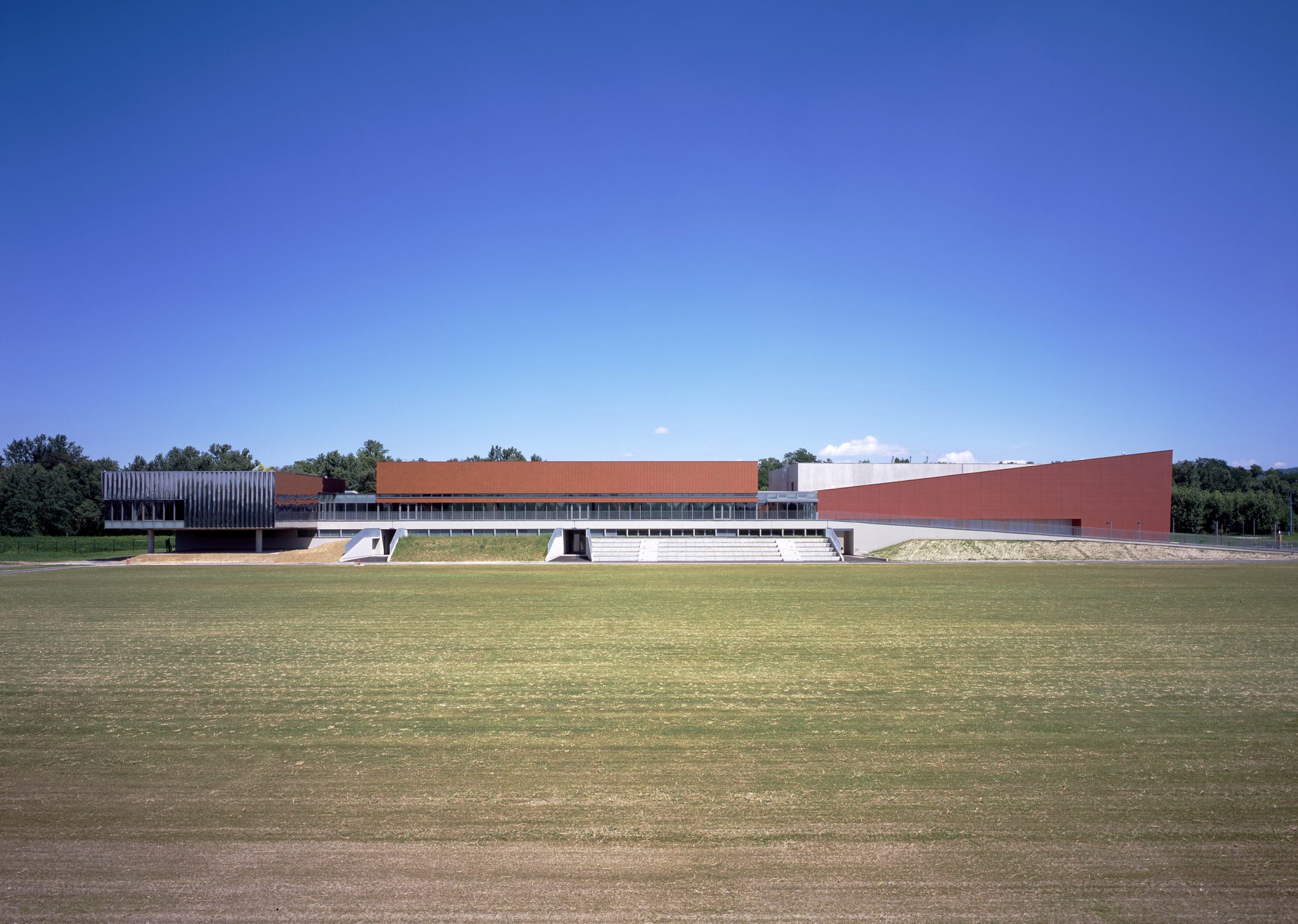 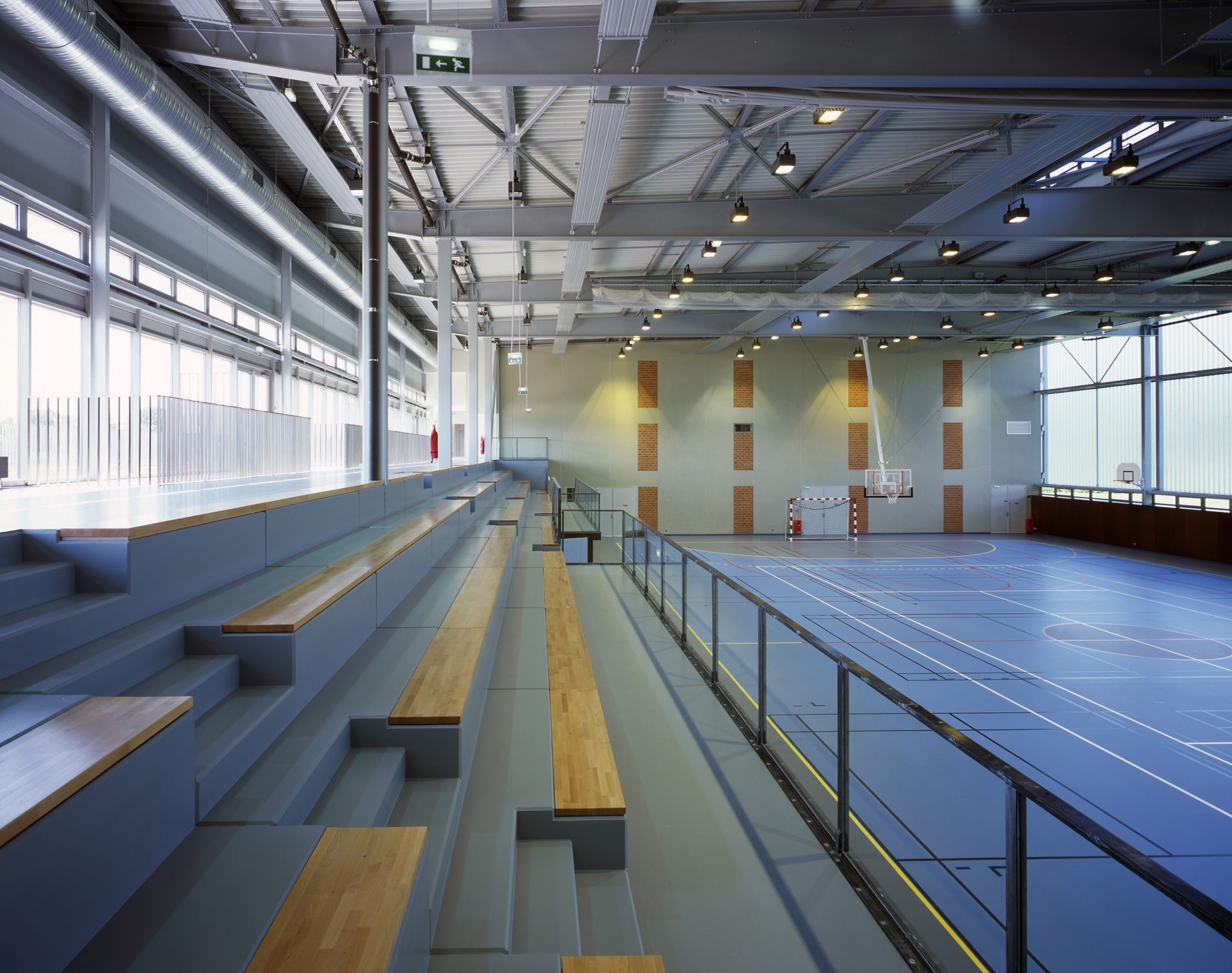 The construction site is located on the EDF main highway that runs alongside the Rhine from north to south through Alsace, and which along this segment of it, at the Swiss border. We decided to divide the project into a series of volumes (as opposed to building it as one compact mass), positioning them alongside the EDF road, where they would find a harmony in the already existent template of industrial buildings. Orienting the project in such a way so that it opens toward the village, we presented a vision more in keeping with the village context. This linear organization runs alongside a ramp in which all the secondary locations that were not built within the project’s specific volumes are housed: locker rooms, technical premises, and related areas. With regards to the flow of internal traffic that it facilitates, the ramp acts as the glue between the separate volumes and their various functions, thus providing clear navigation through rather complex construction needs. Continuing to the exterior, the ramp rises from its position as foyer, passing up through the stands, allowing an exit path, and coming to the wrestling hall.

Project realized in collaboration with B. Oziol Architects.