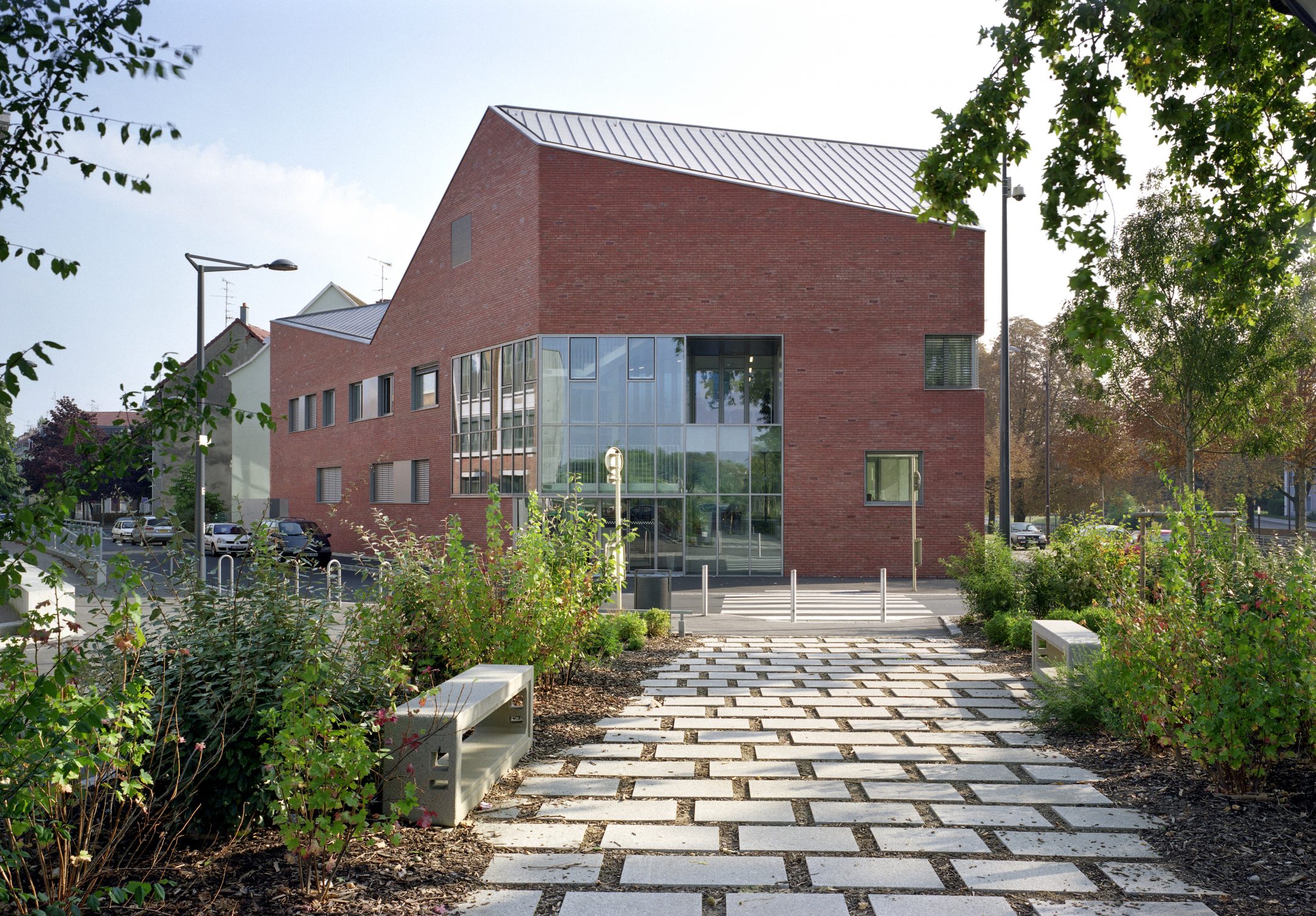 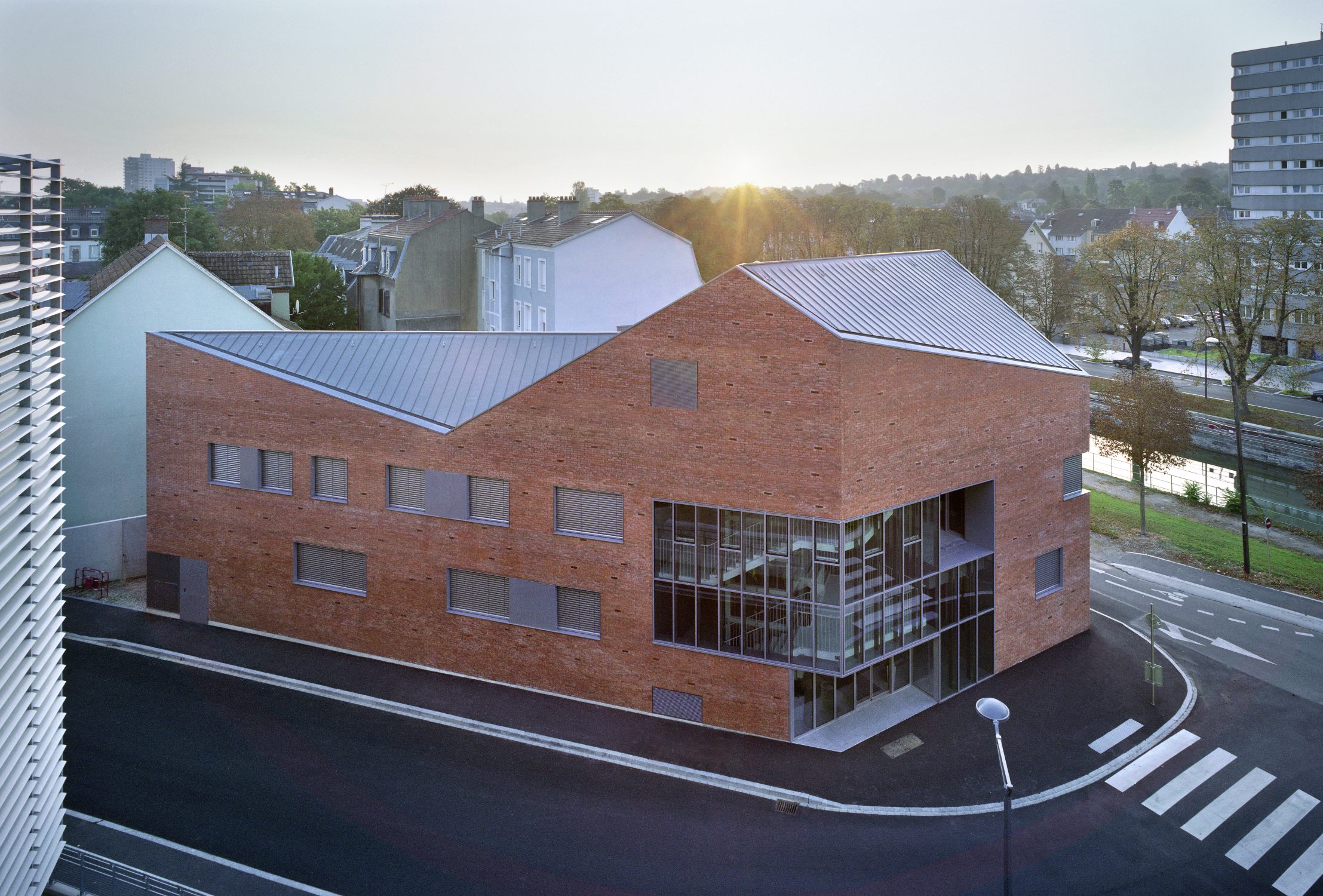 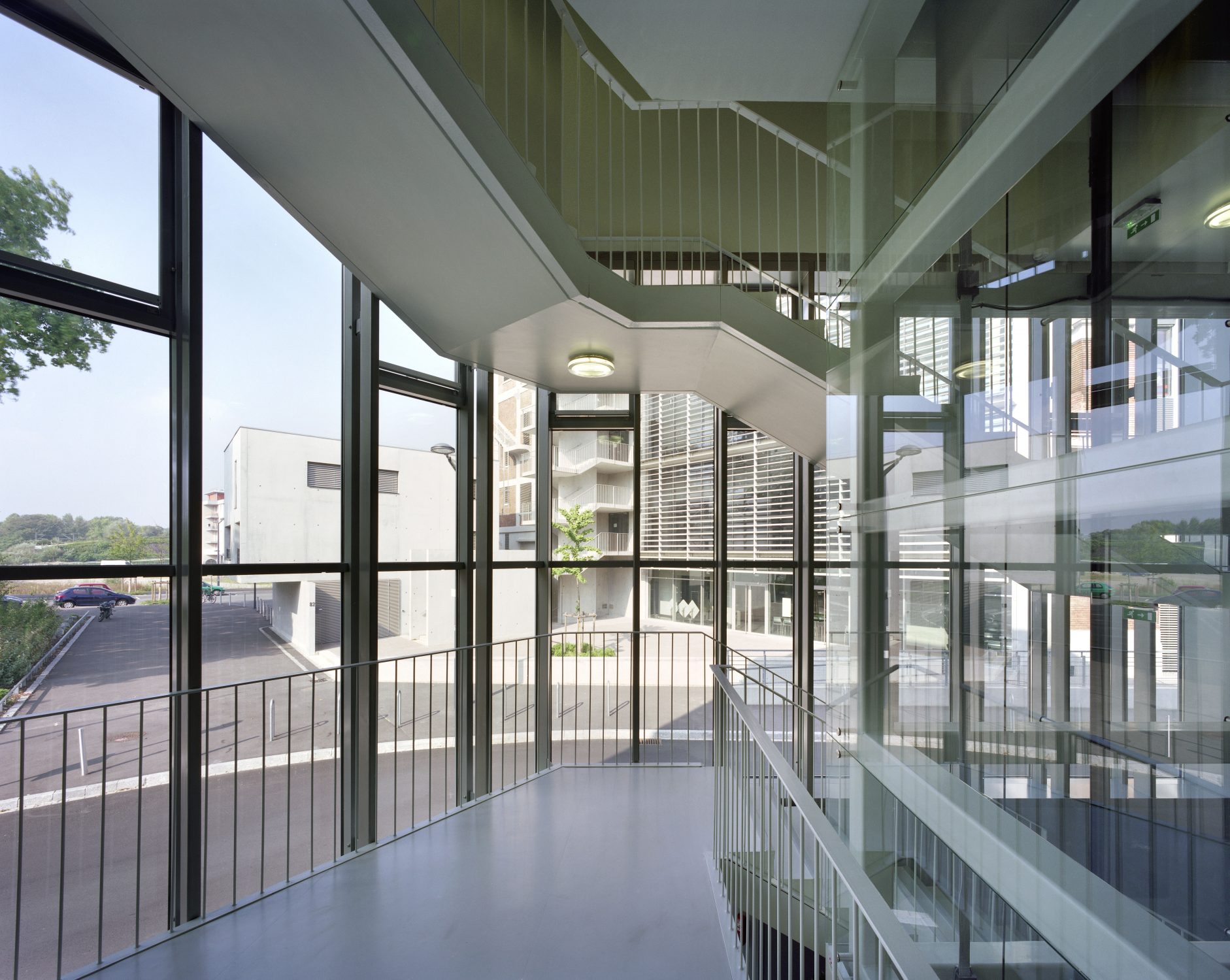 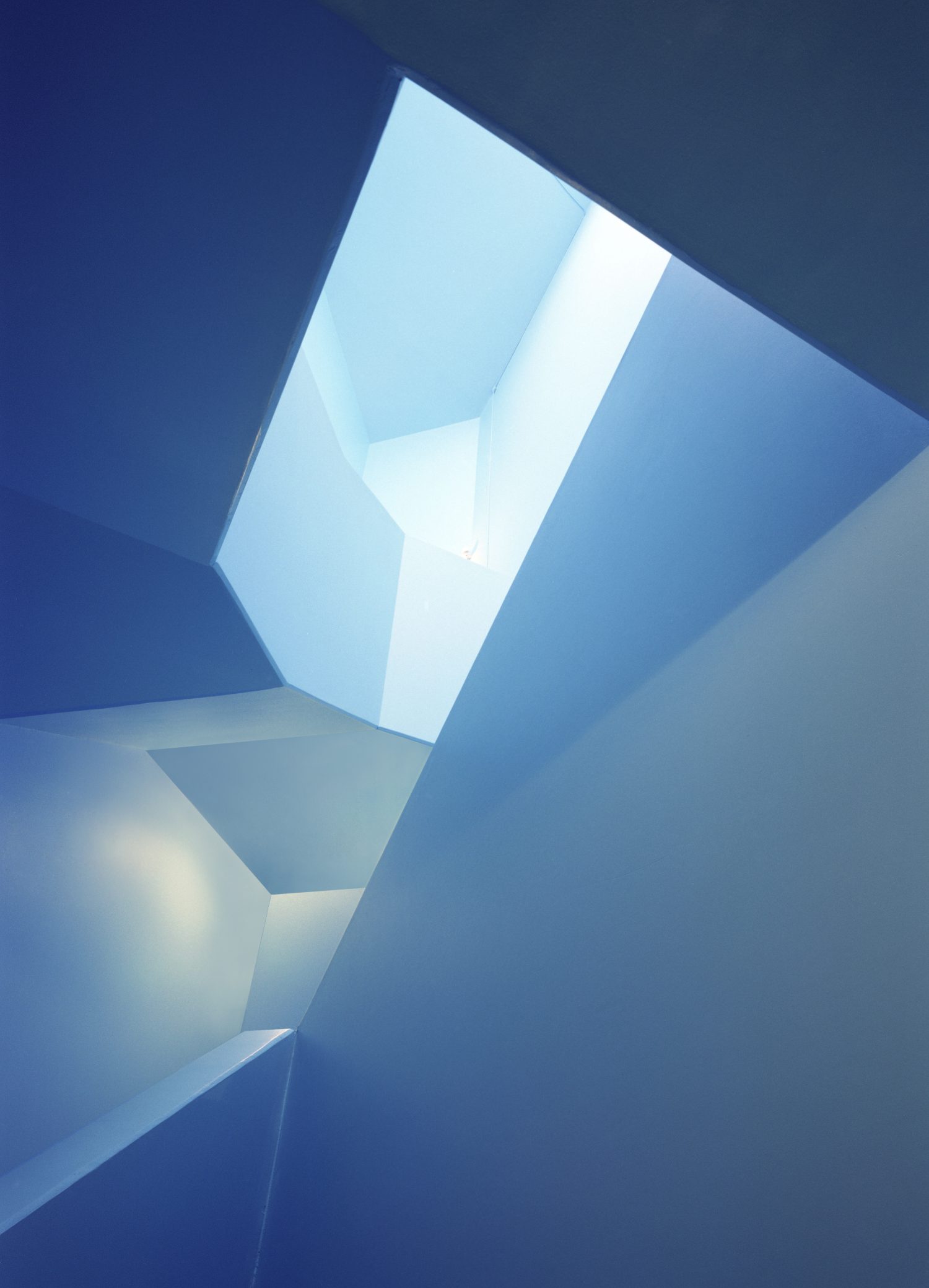 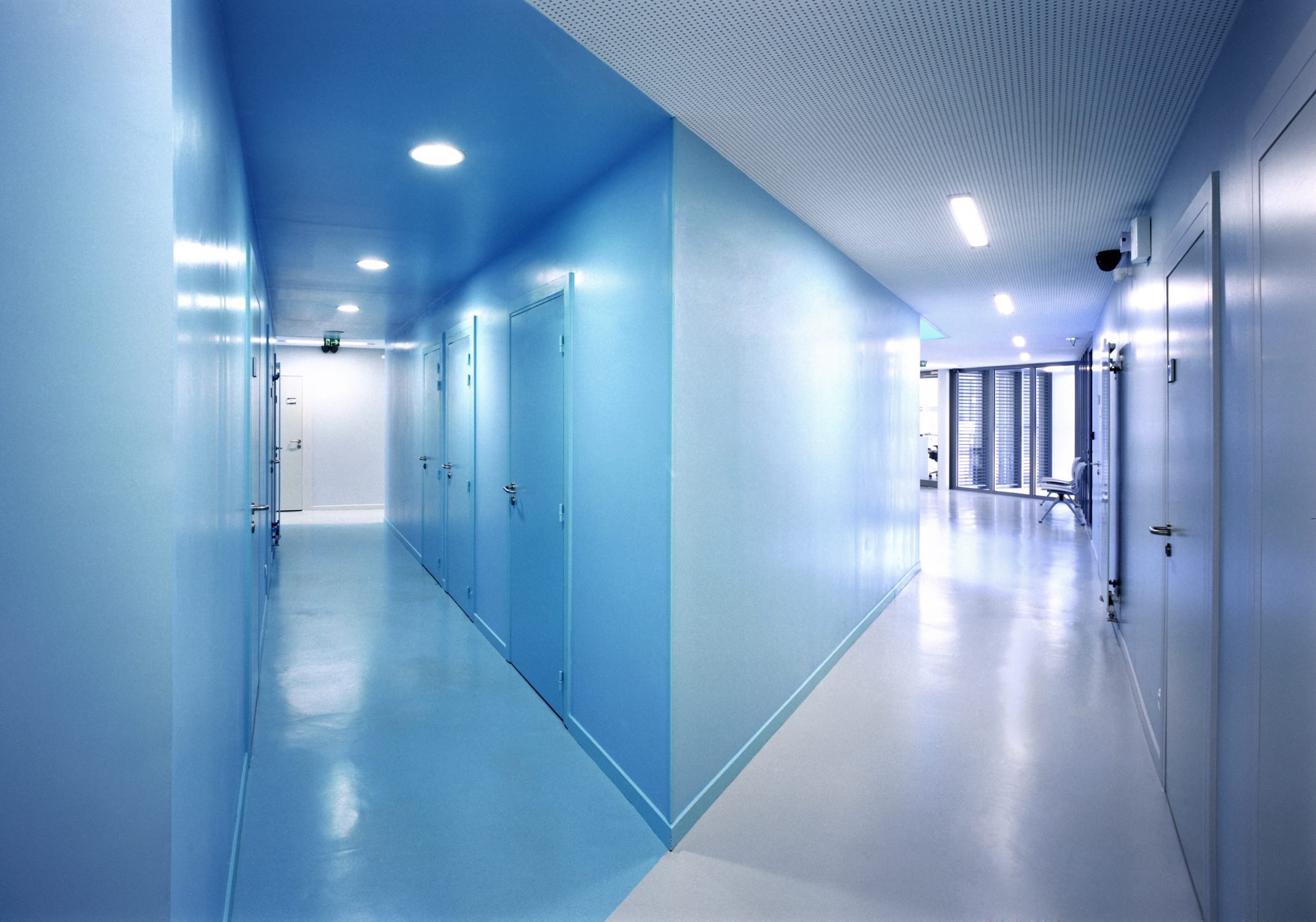 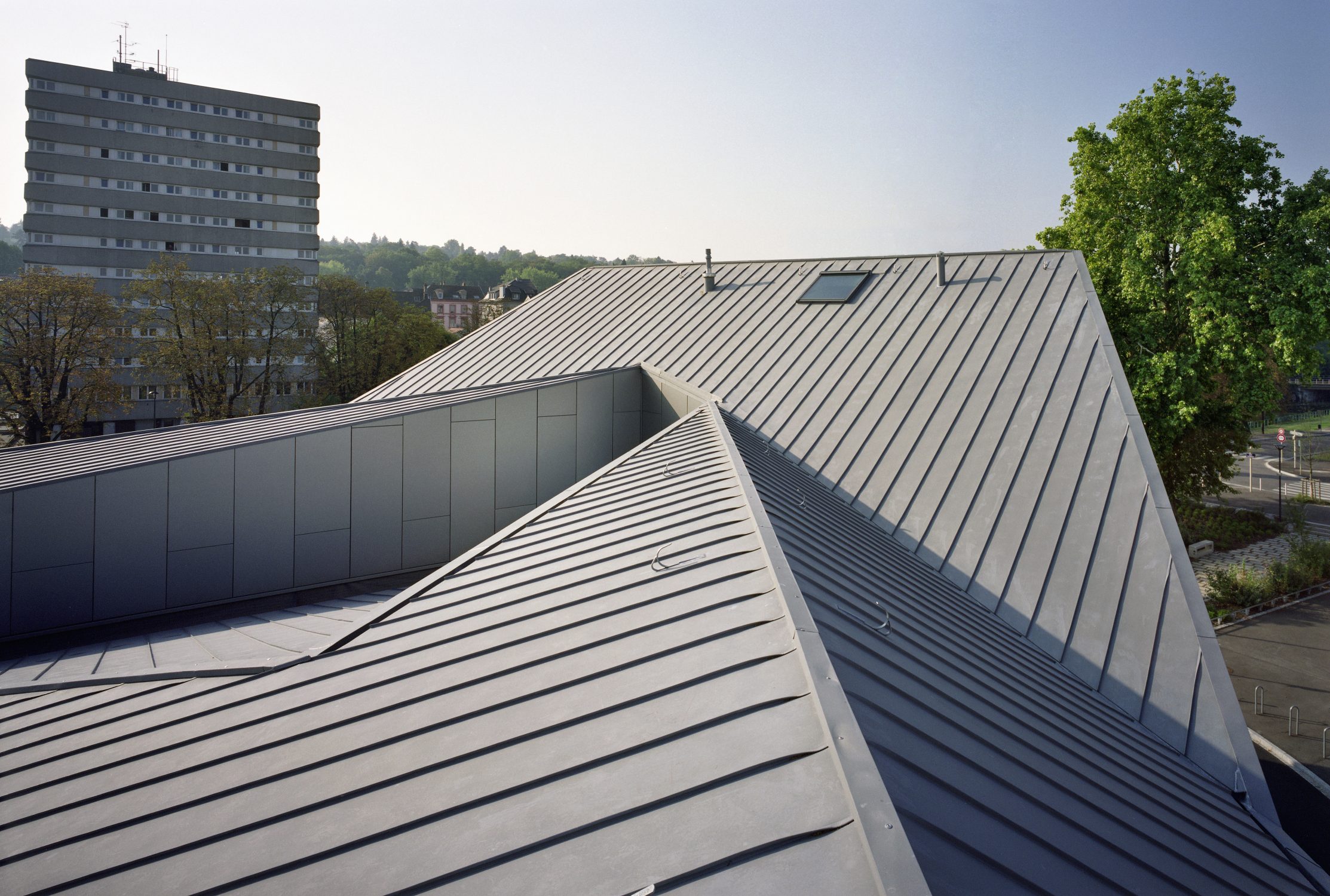 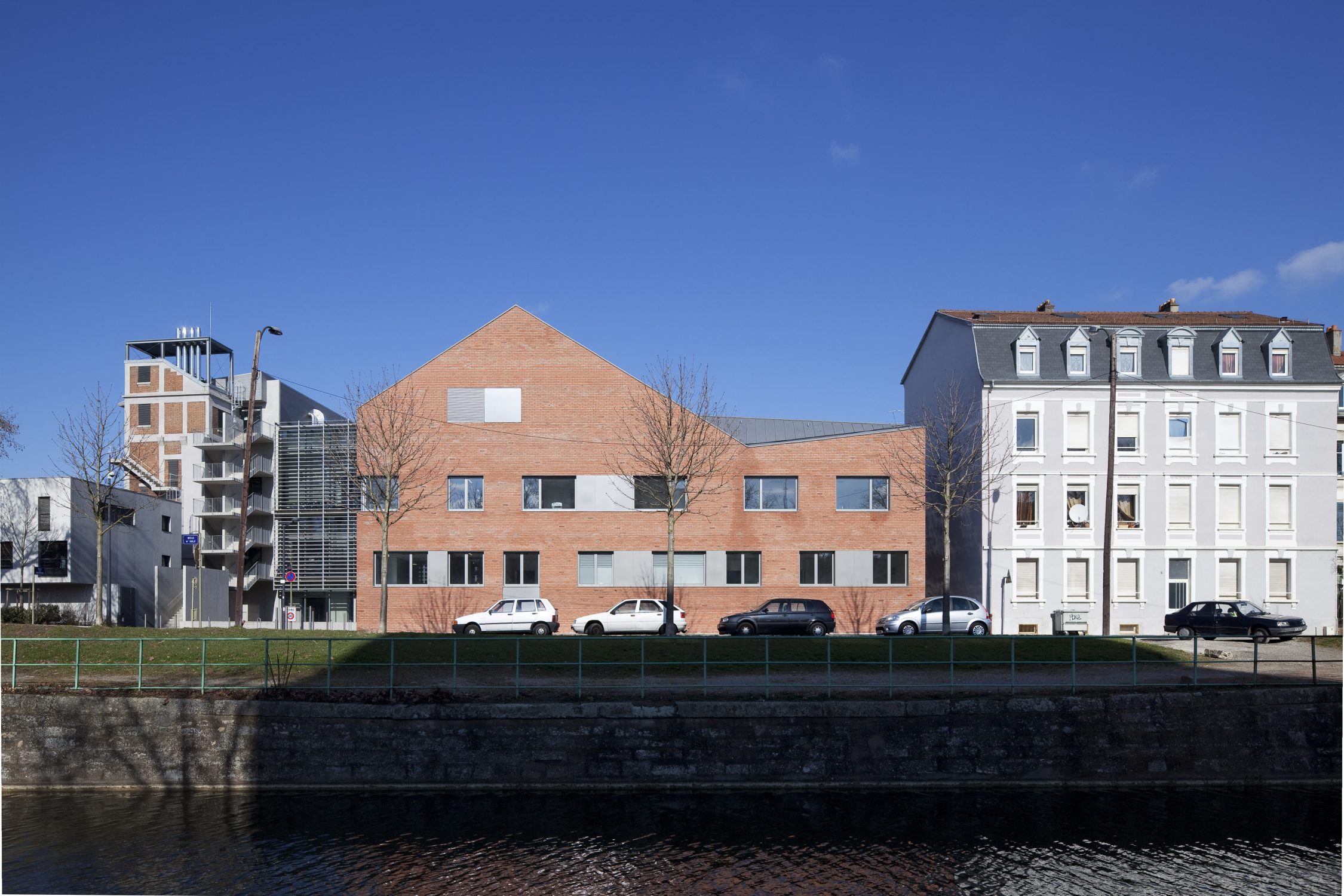 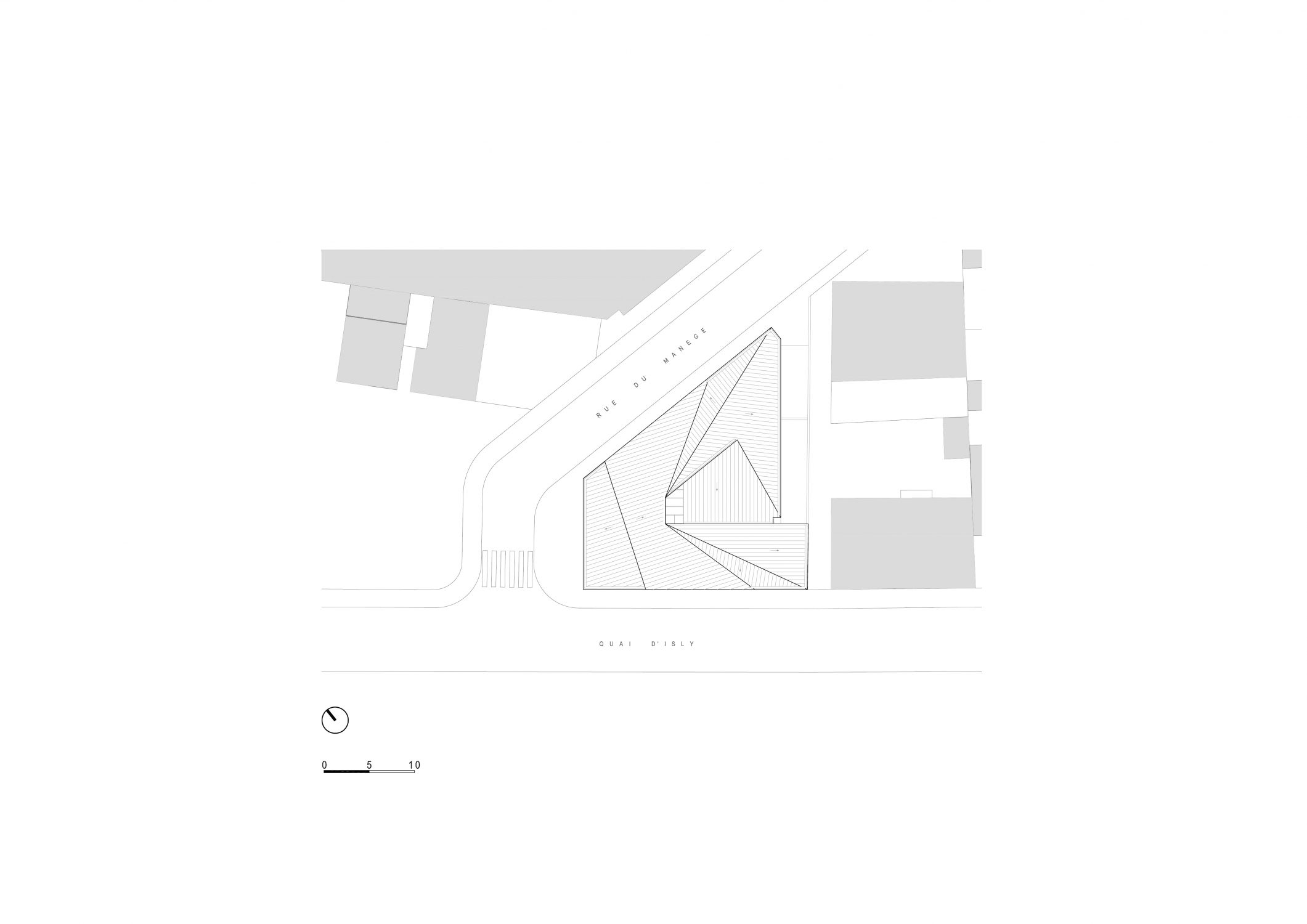 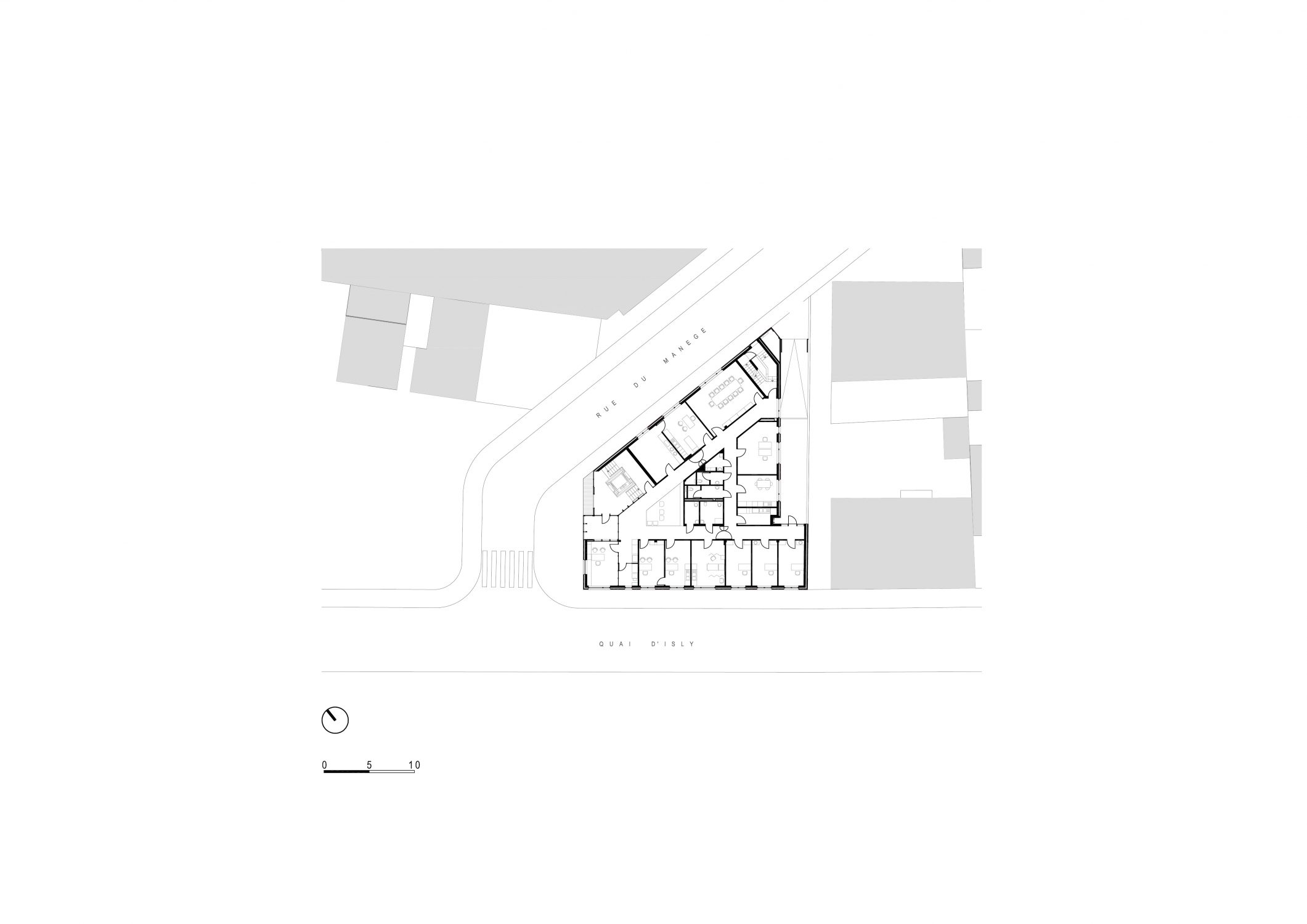 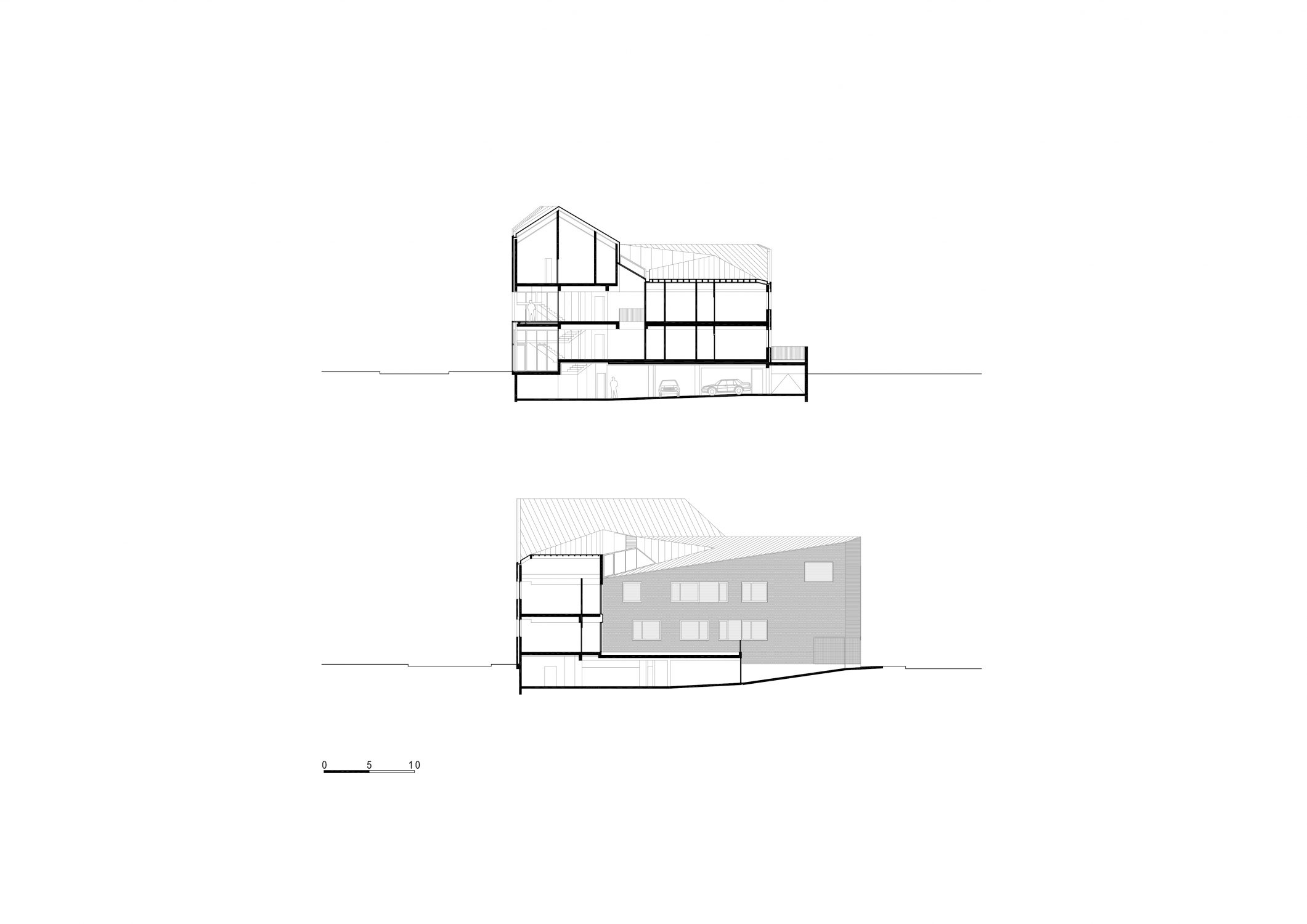 The site is a 550 m2 plot of land in the form of a trapezoid, situated at the head of an urban plot, at the corner of two streets. The project, which included medical offices and consultation rooms, contains two separate divisions, each to be established on its own floor: on the ground floor a division for Maternal and Infant Health, on the second floor a division for the Promotion of Health and a Home for the Handicap. Sixteen parking spaces were requested in the basement, along with a boiler, and space for technical and archival premises. Adhering to all the constraints would have entirely dictated the building’s form to us. To avoid this pitfall, we circumvented the constraints, thereby completing a building in the contemporary image. ZAC regulations required us to install roofing with a steep slope of 40°. The roofing’s turning in upon itself is accomplished through a succession of folds that correspond to the slope requirements of the PLU, all the while bringing natural light to the heart of the building. To the modern “chiseling” of the building and its roof, we combined, in contrast, the use of traditional materials, such as brick for the facades and zinc for the roof.