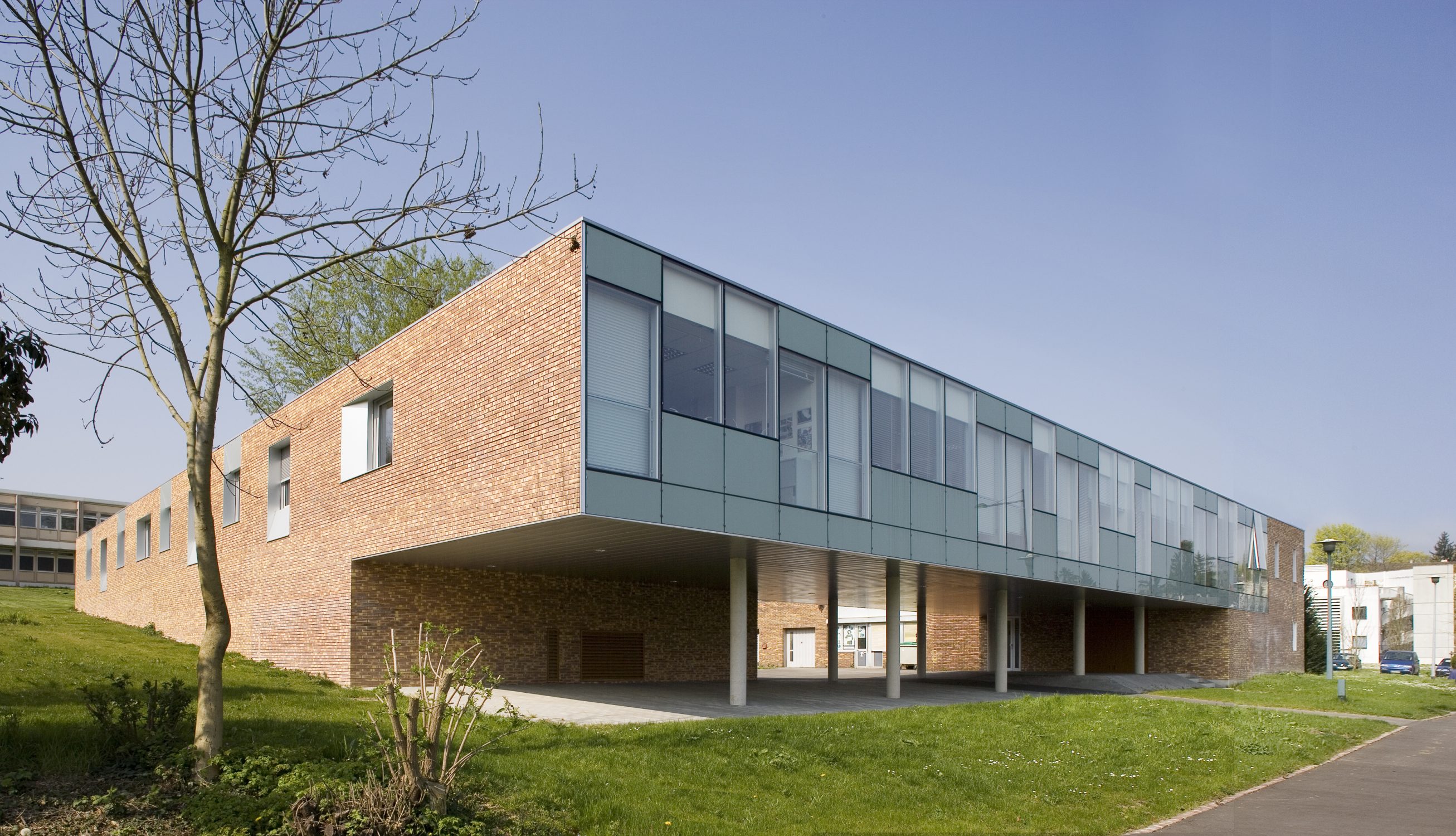 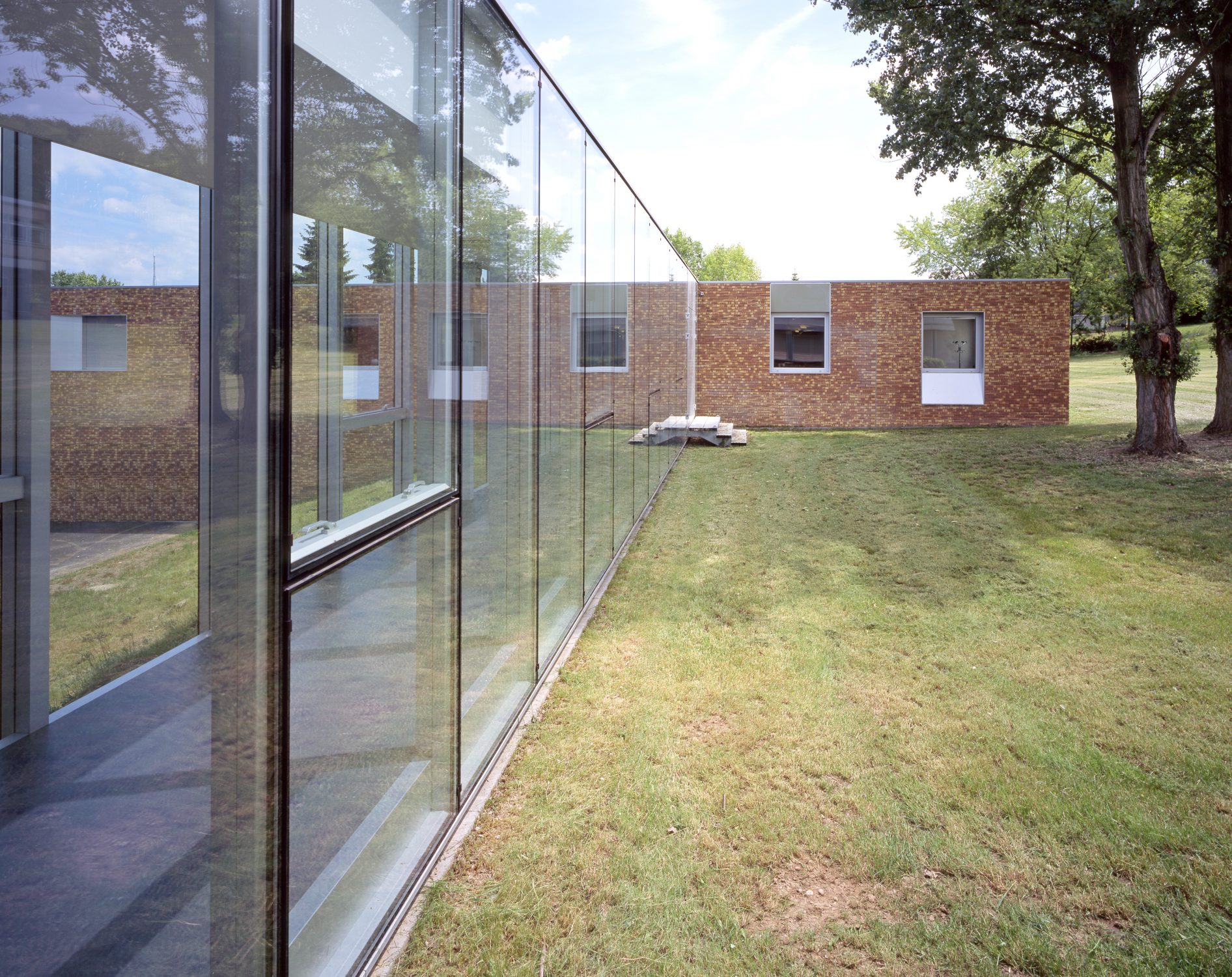 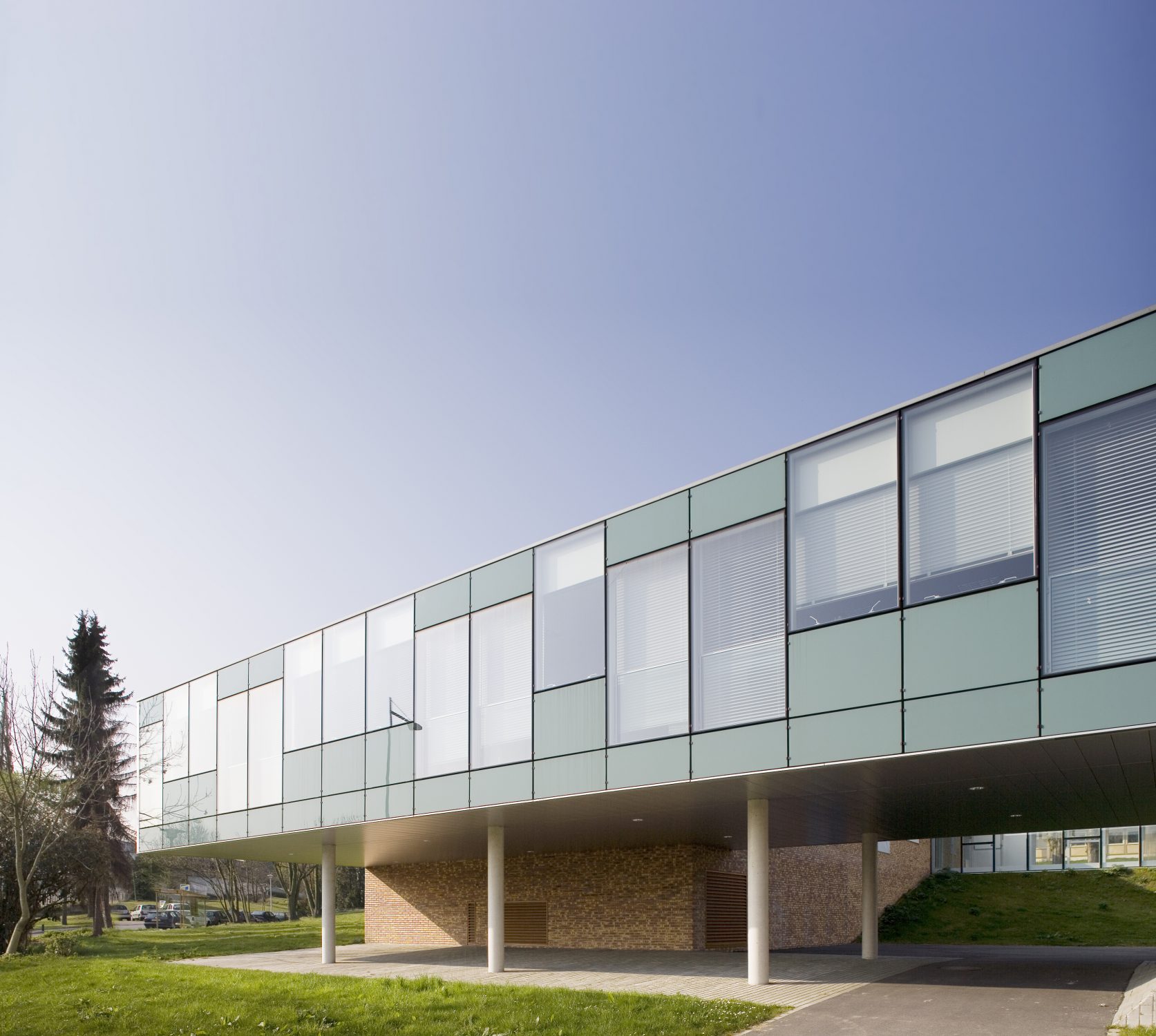 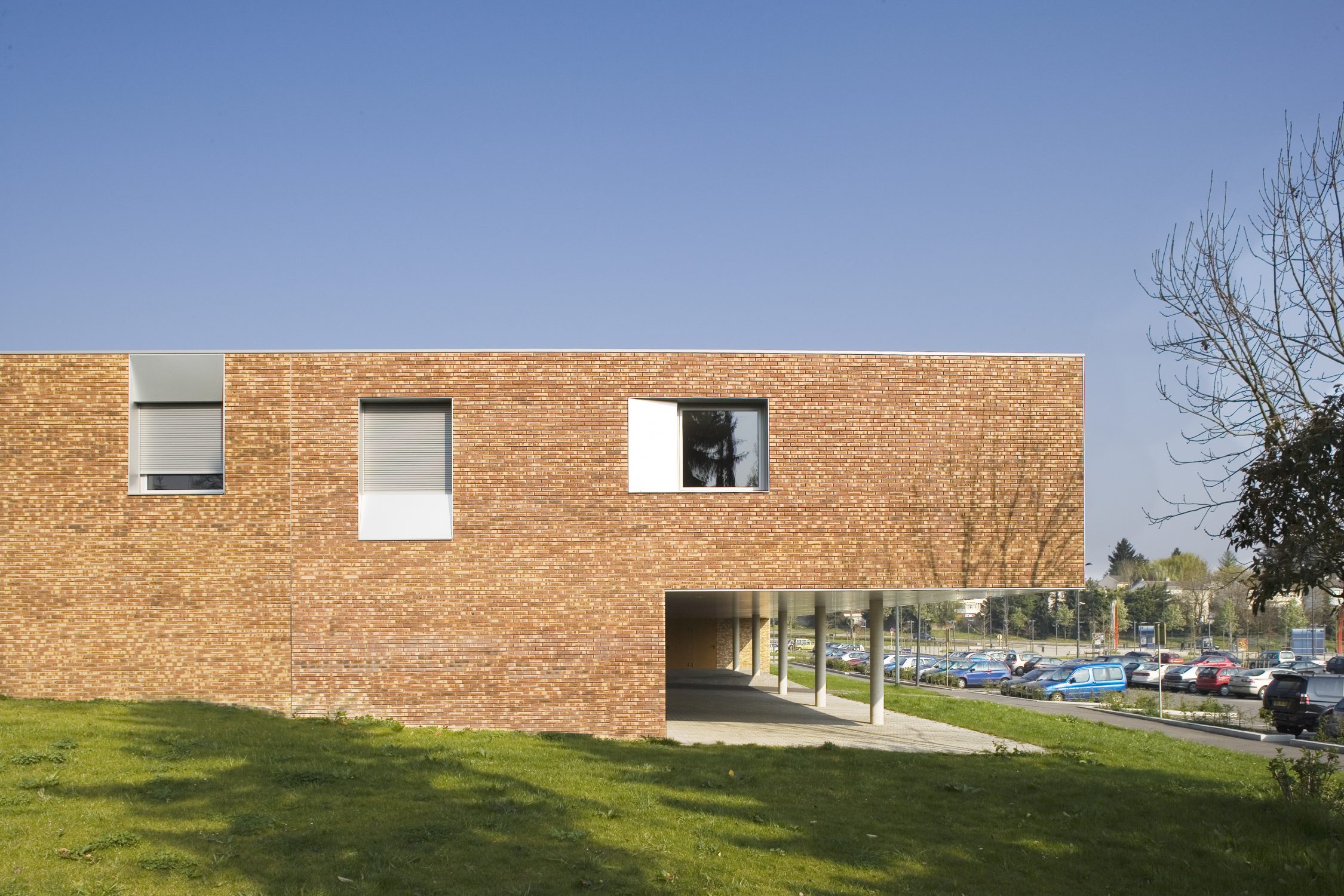 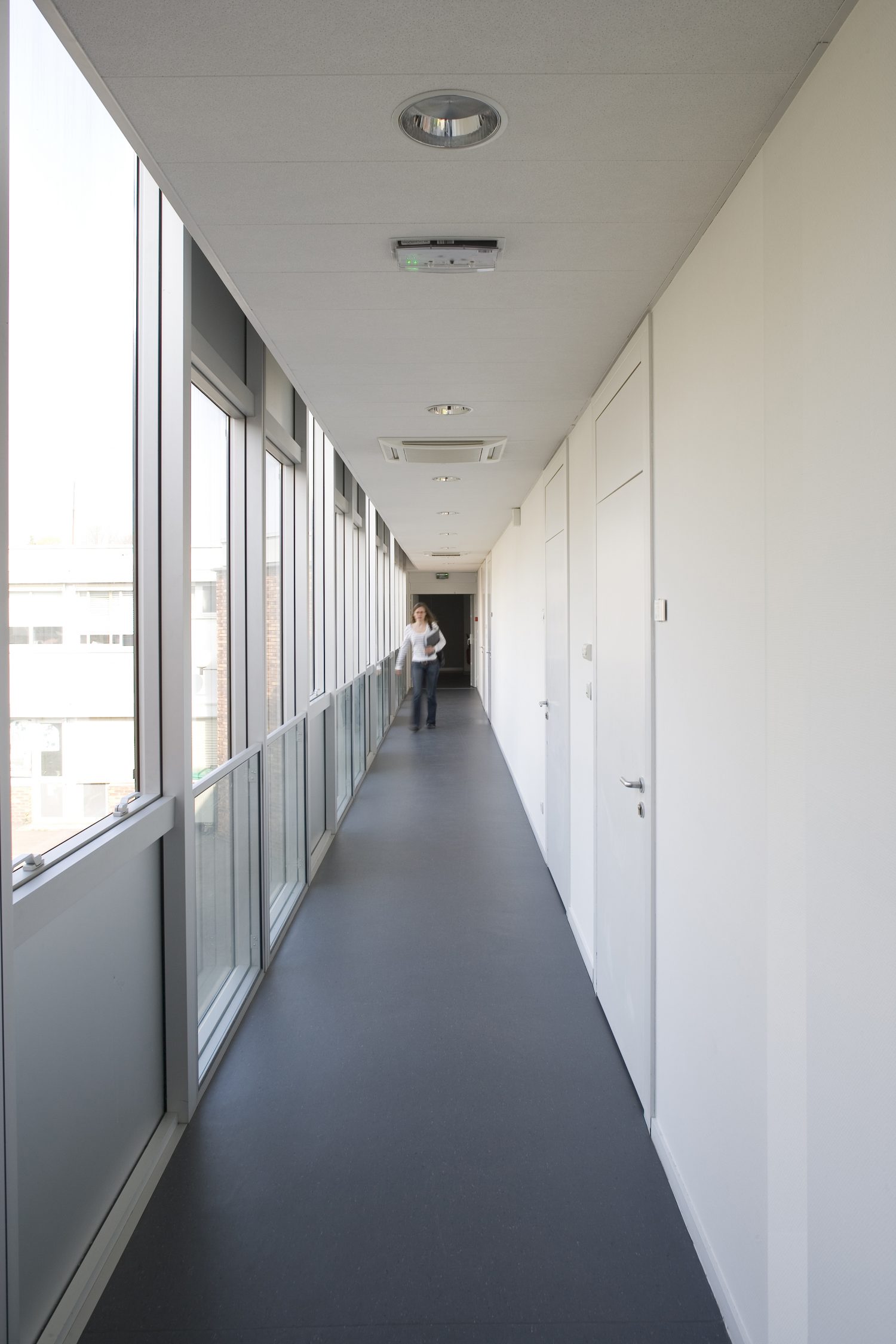 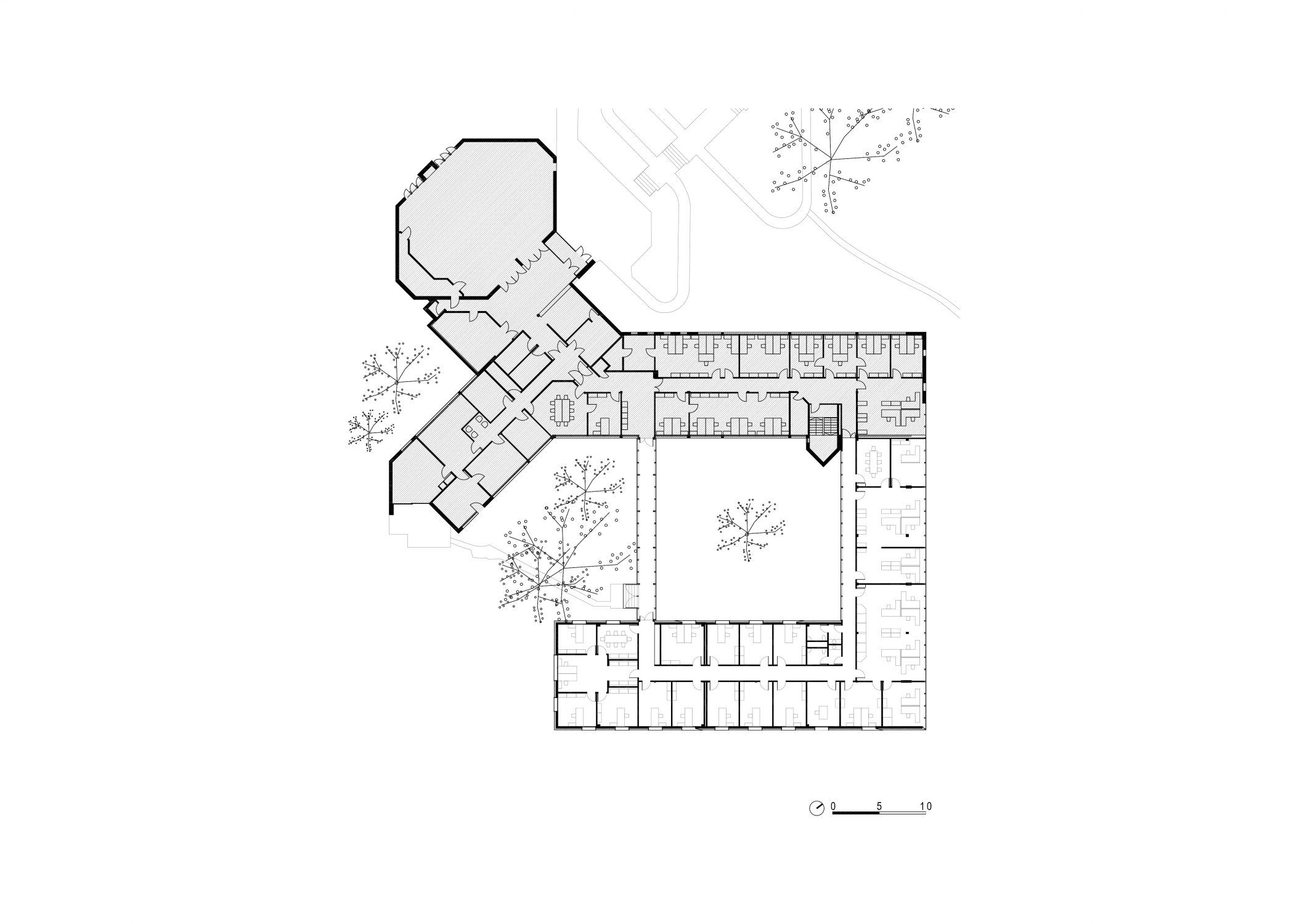 While following the vocabulary of the existing building of “Maison de l’Université”: brick, aluminum, linearity in volume, our intervention grants another look to the building, cleaner and lighter, giving the whole a new identity. While it would be difficult to speak of the main facade concerning the existing structure, that of the extension clearly orients toward a newly designed site. By its trim, the Maison de l’Université is called the “house of bricks”. In order to sustain this name, the client wanted the extension to be made from the same material. Thus for this project we used bricks in combination with aluminum. We achieved this combination in two ways. The first being a VEC curtain facade which is implemented in part on stilts and functions as the connecting gallery. This part contains the landscape offices, and whose northern elevation, which faces the parking lot and the new tramway stop, becomes the main facade of the building. The second, for the individual and traditional offices, is a brick facade punctured with aluminum windows in large inserts, and whose changing positions, from one window to another, breaks the repetitive rigidity of the offices.