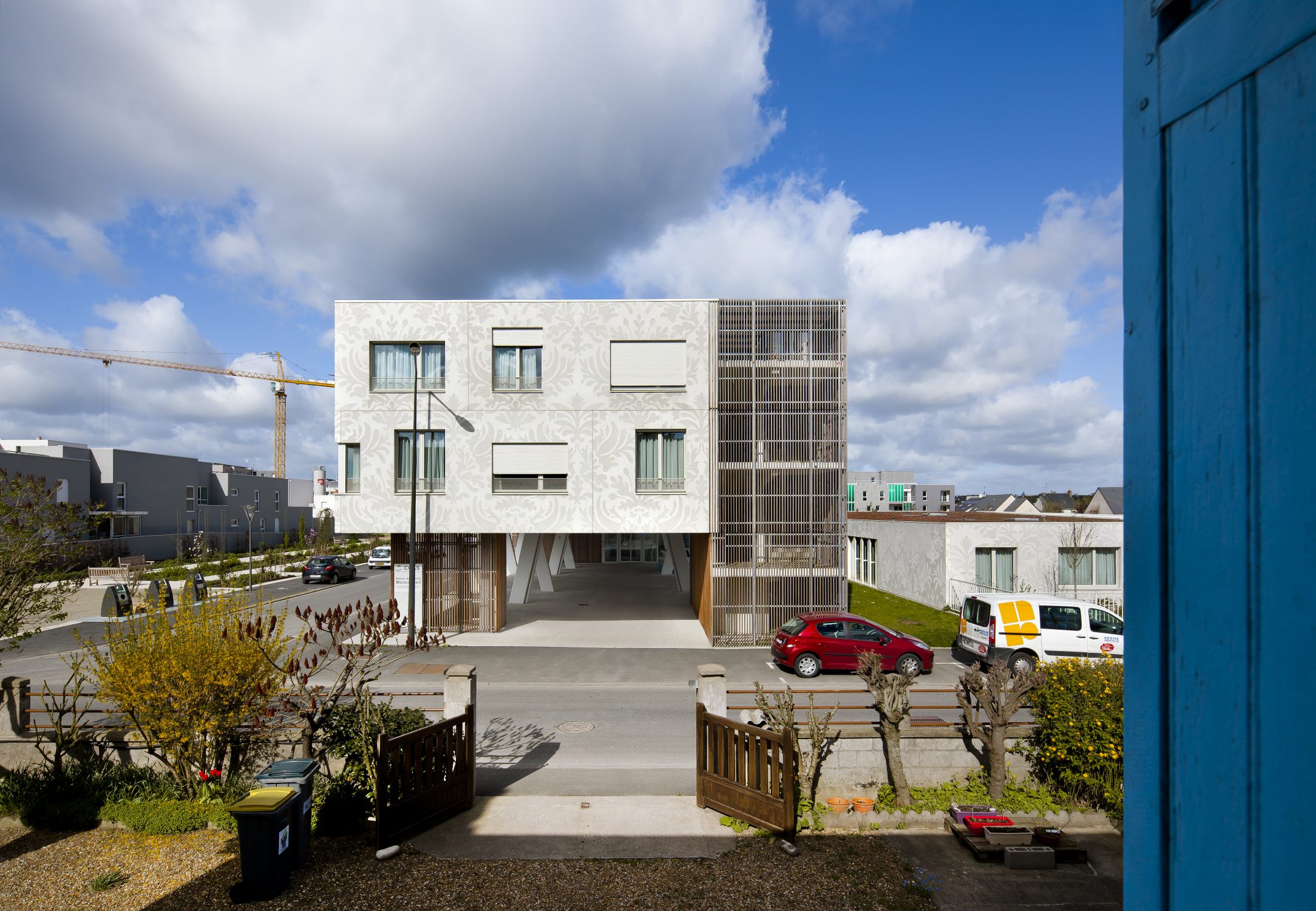 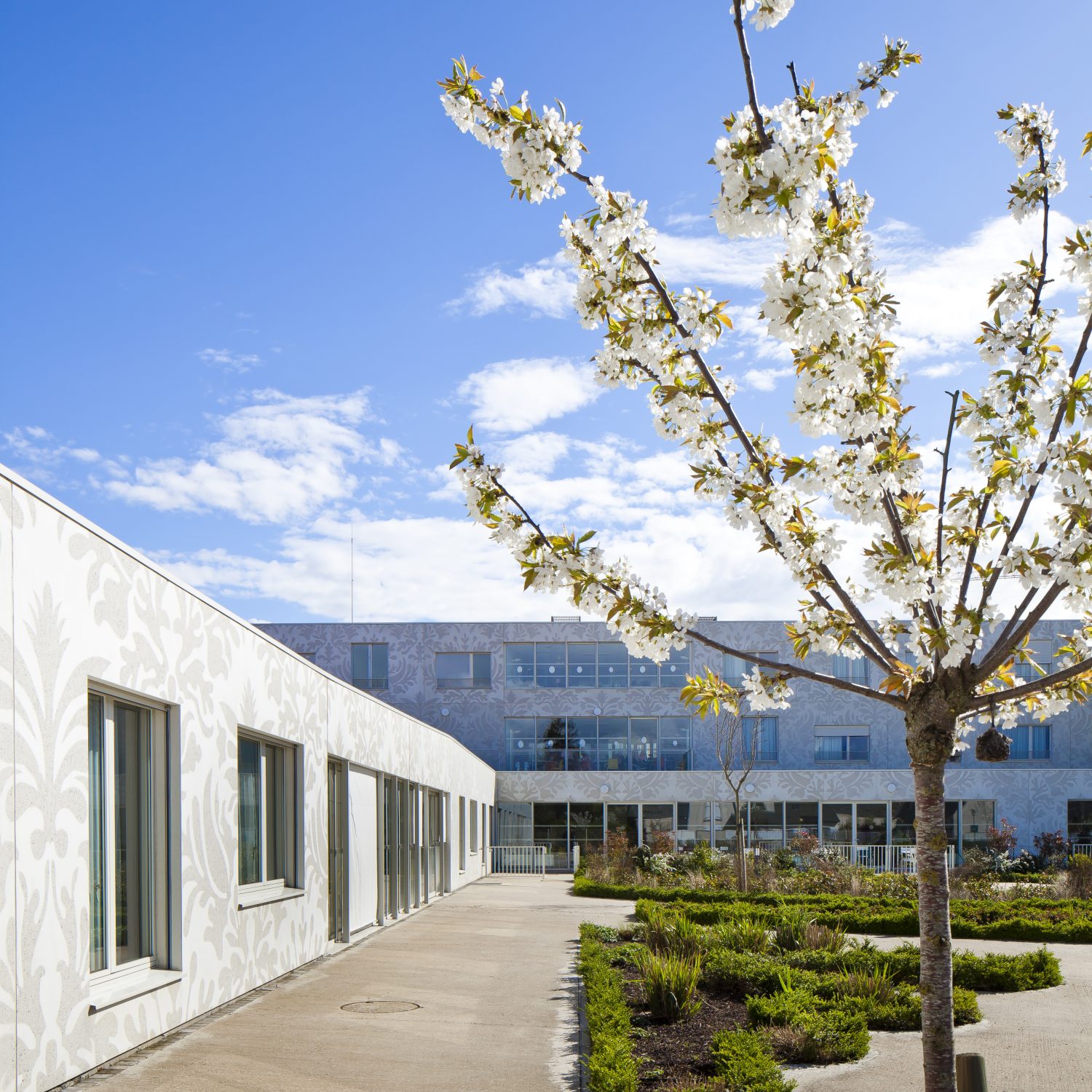 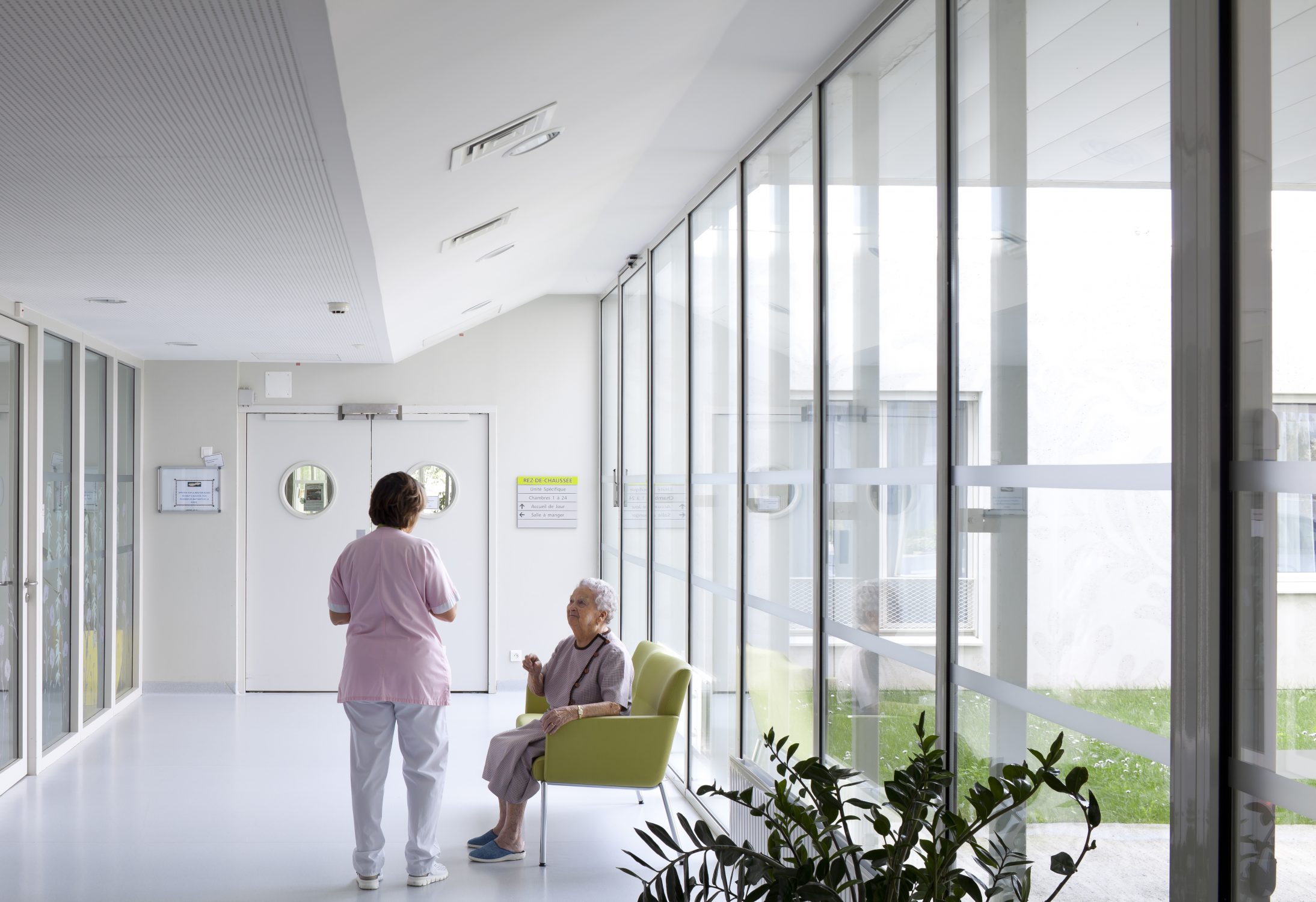 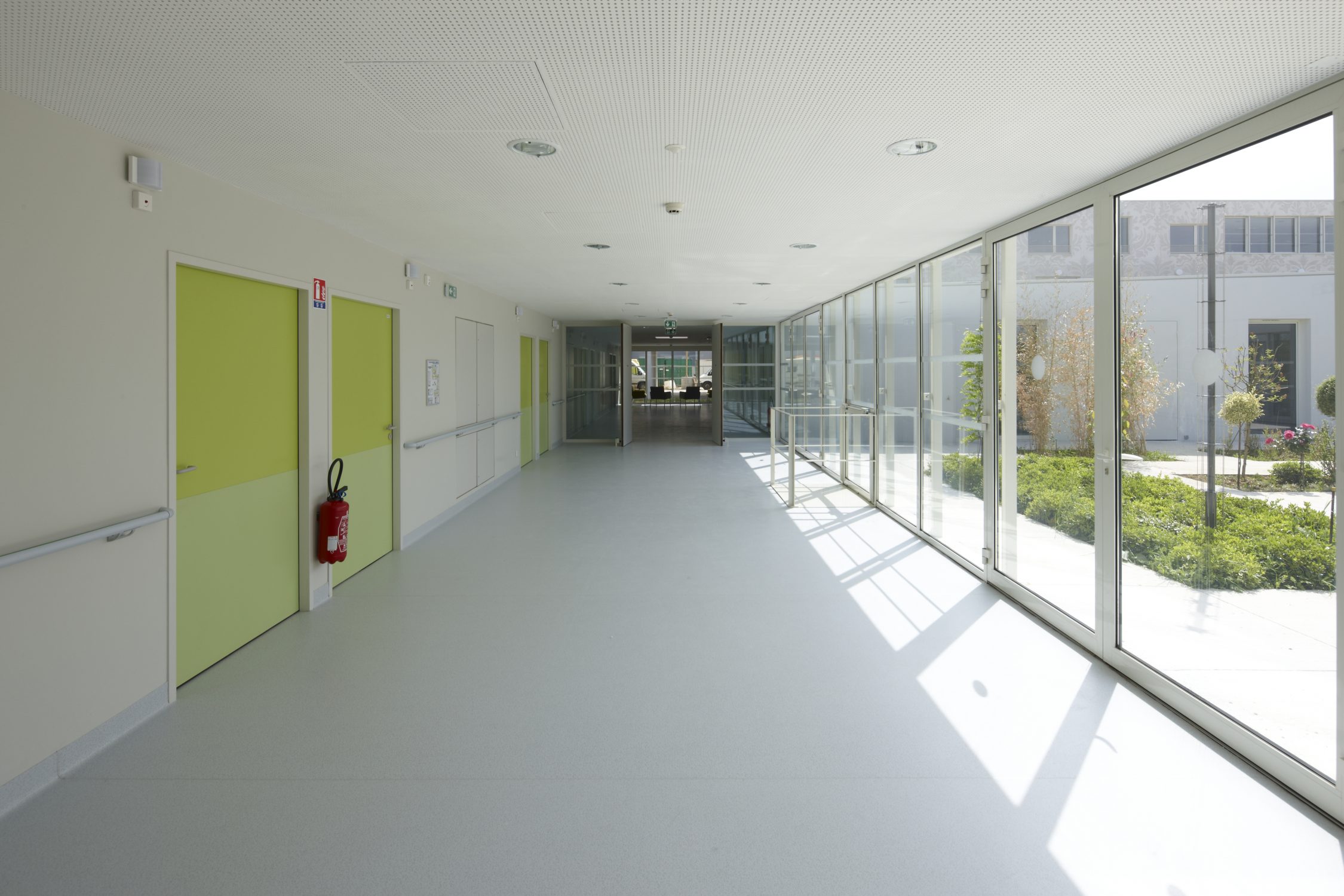 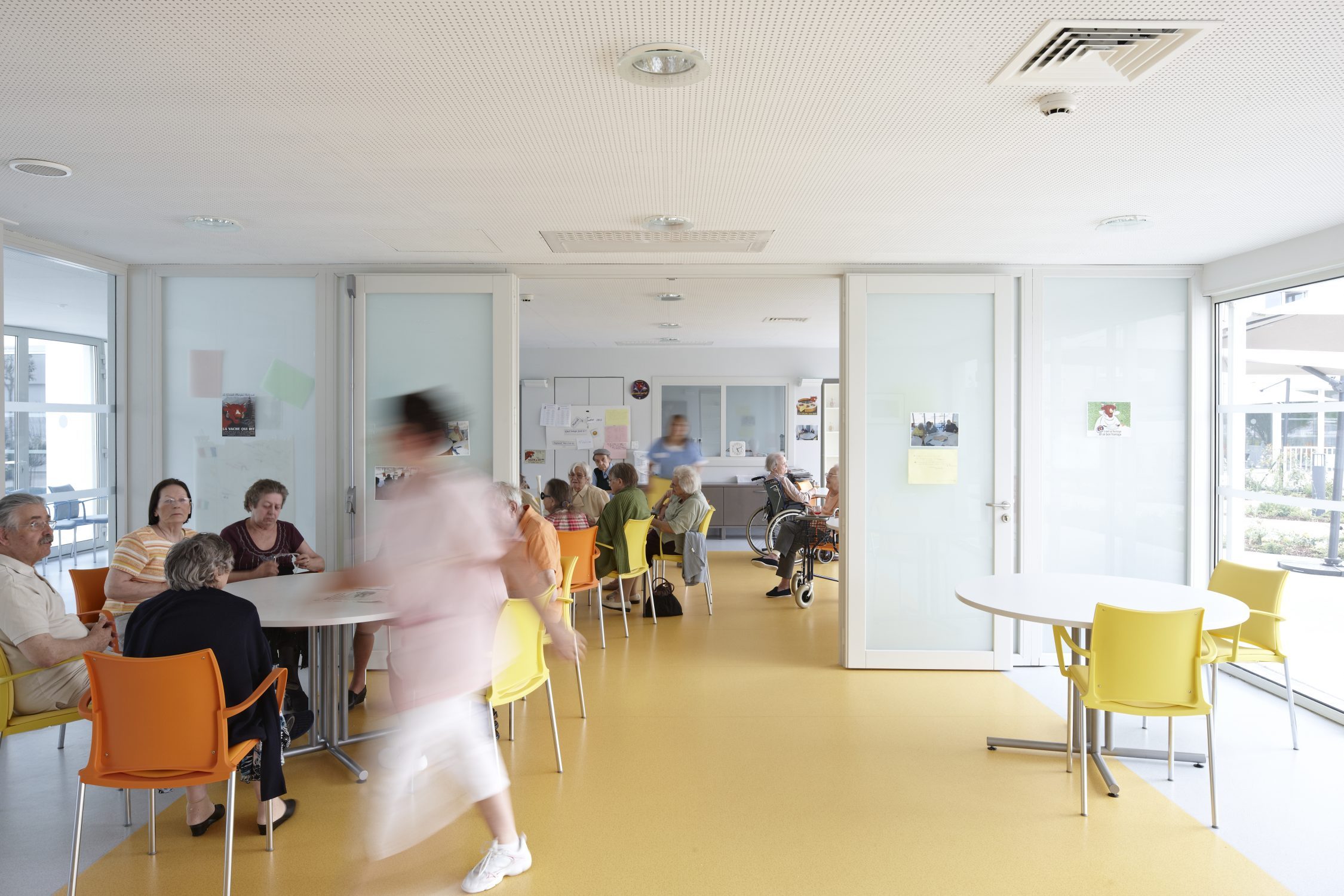 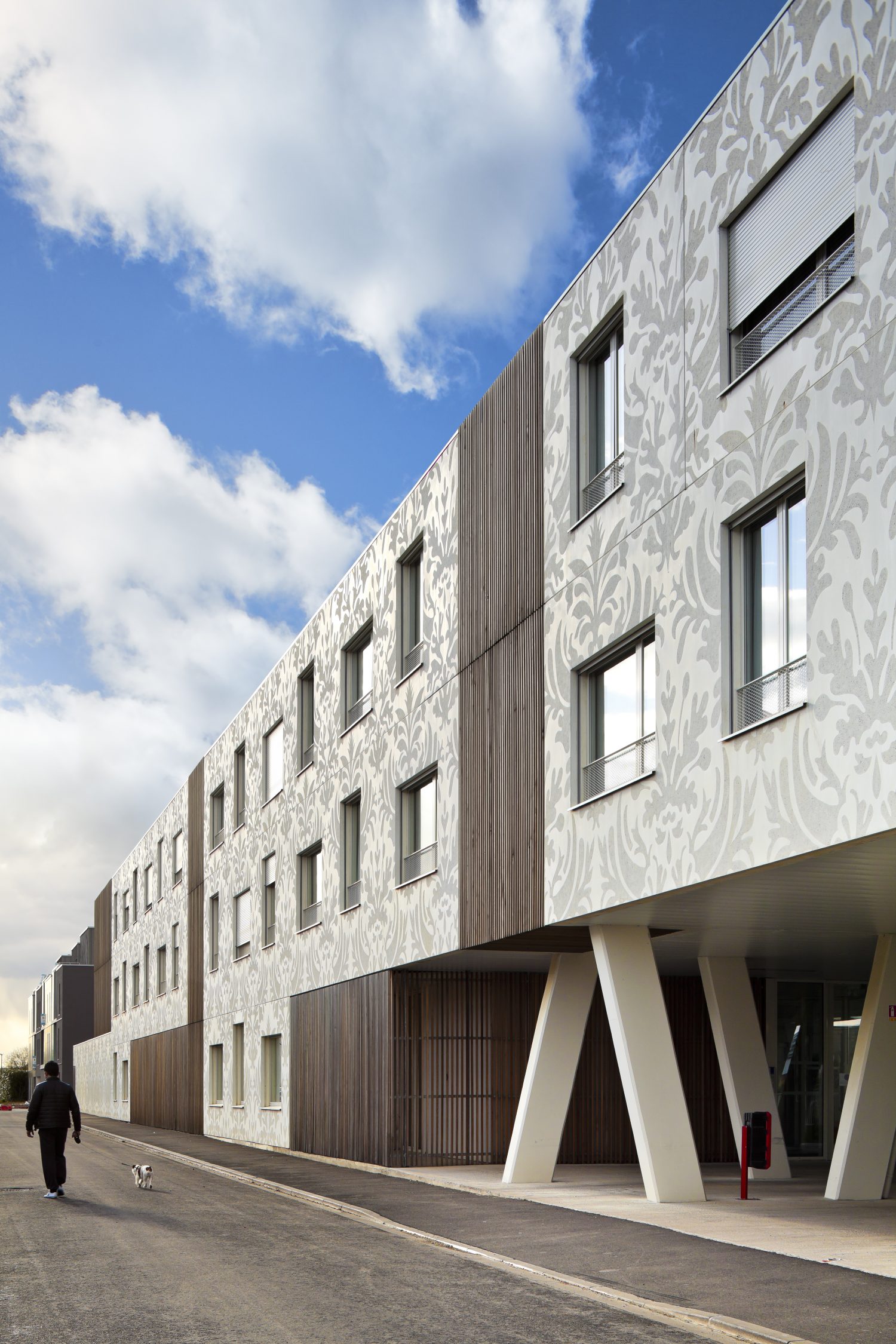 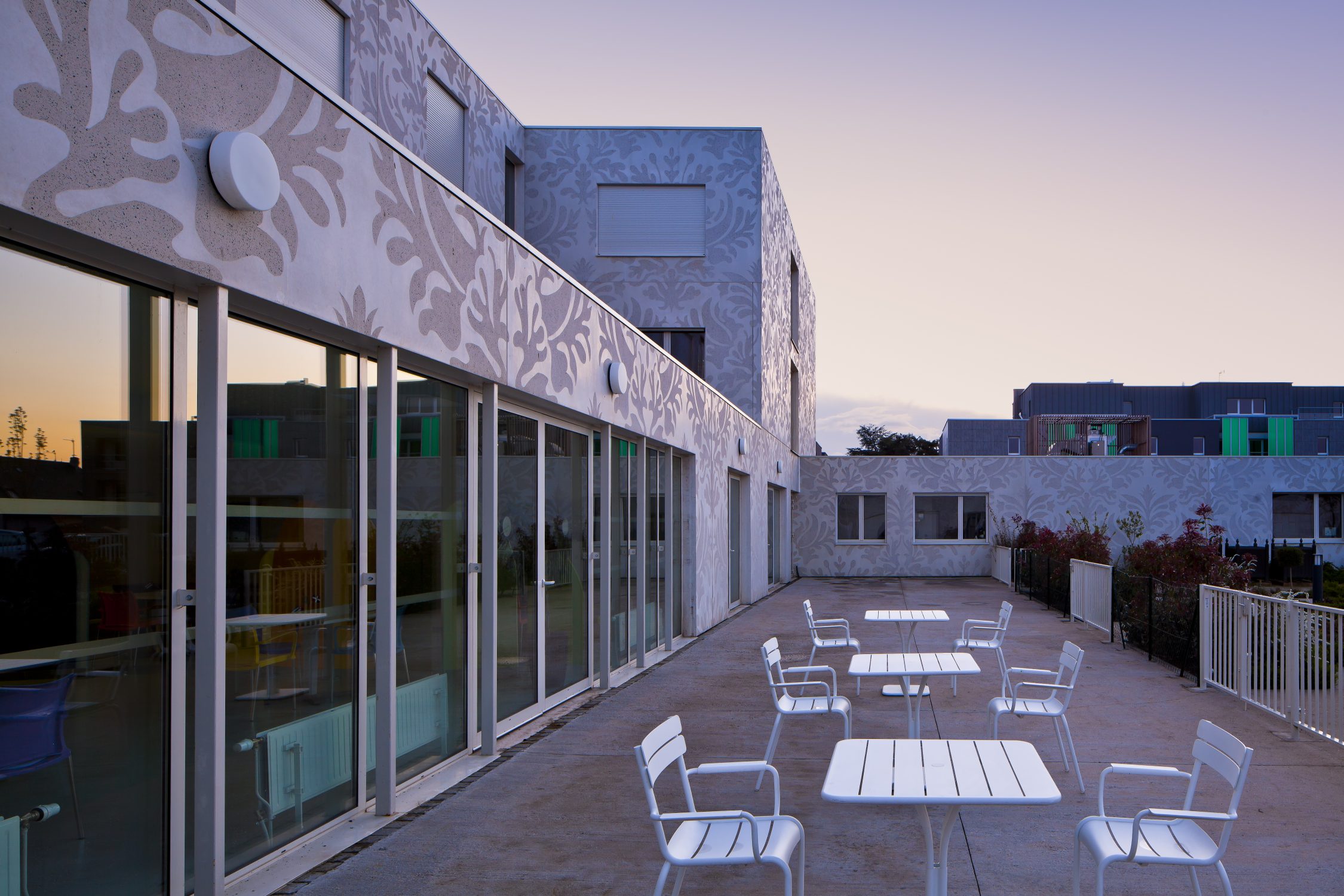 This retirement home is being built in Monconseil Urban Development Zone (ZAC in France), in the city of Tours. The project, which consists of 84 beds spread across three units, was defined from the beginning by specifications that sought to take up and organize an ideal amount of the site’s surfaces. The building has the shape of a “U”, composed of three parts. Its main body, made up of three floors, extends out to the alignments required at the southern and eastern boundaries. Its upstairs floors contain the two units for traditional accommodation, while its ground floor contains communal living areas. It is partially built so as to free up, a main entrance area for the public. The second body of the building, made up of a ground floor only, extends to the western boundary, where alignment was also required. It houses all the technical premises, along with the central kitchen, and is extended by a service courtyard. A third and last body, unfolds in a single, ground floor to house the Alzheimer units, and contains secure gardens, being set back in relation to the street. The facades are composed of prefabricated concrete, over which we applied a plant pattern, in order to produce a vibration in the surface.