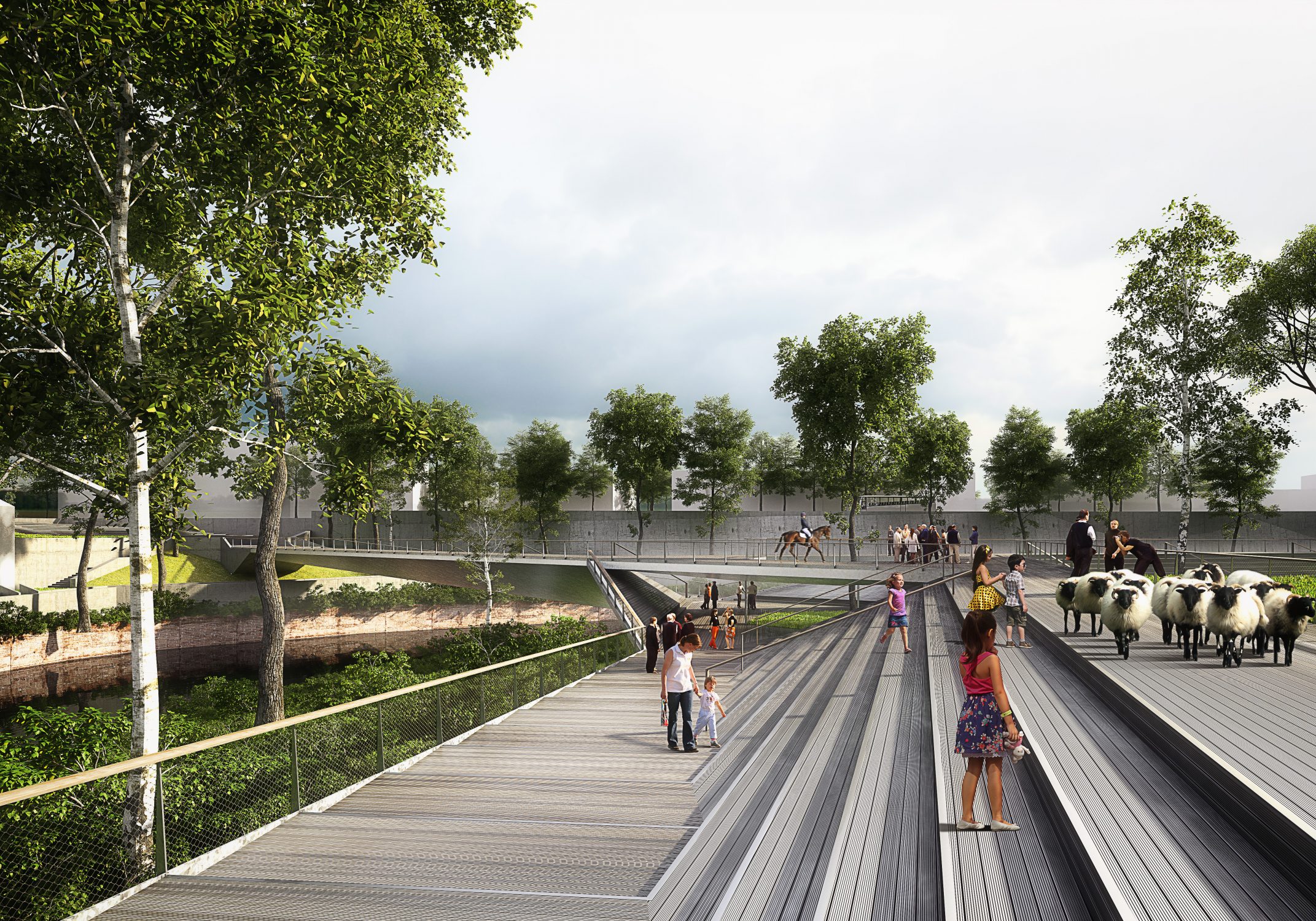 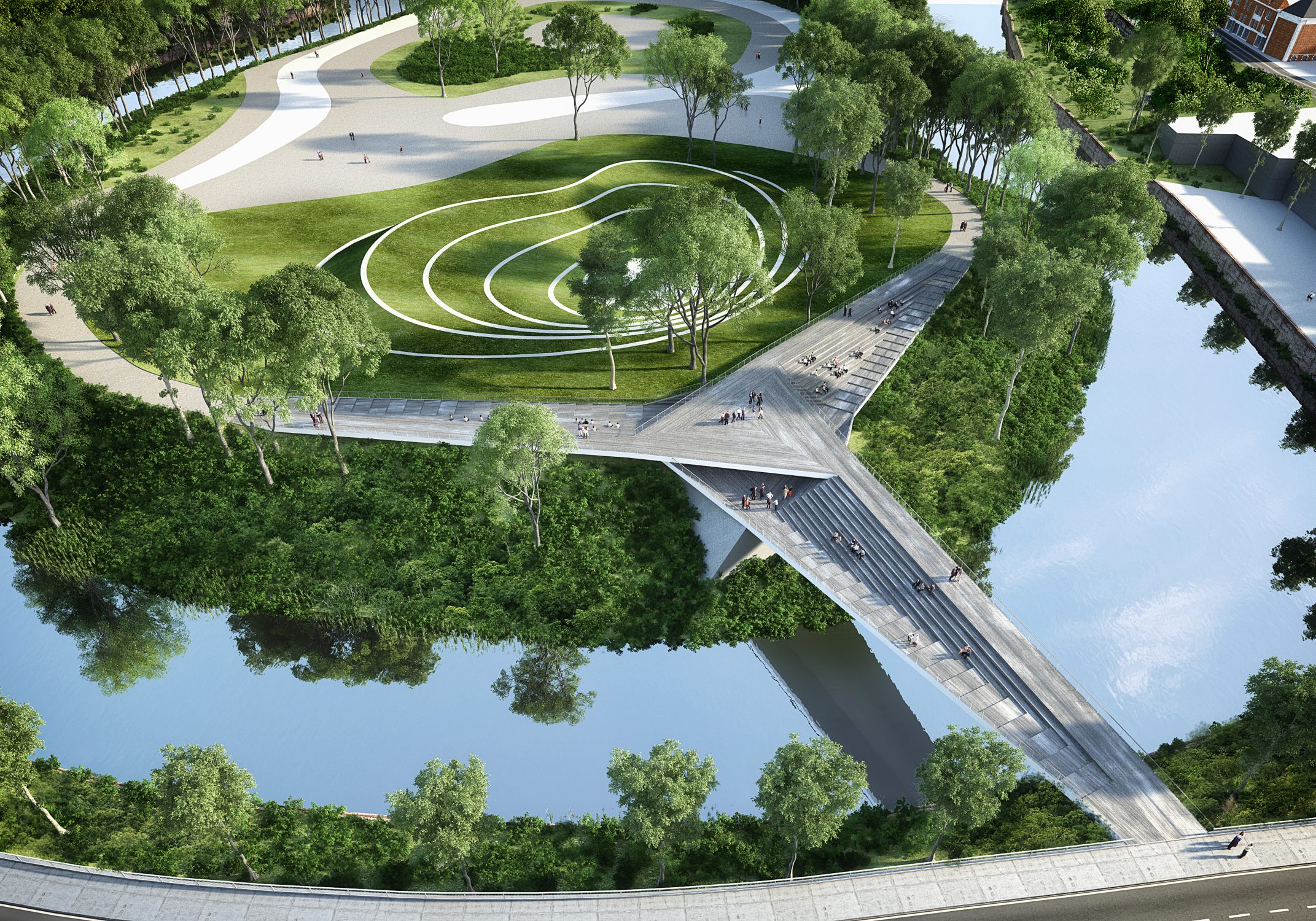 This project is a new pedestrian crossing, which will help to unlock the vast development potential of a major land linking Salford and Manchester.
The plan is a symmetrical Y, composed of three folded platforms. One being The Bridge, the other two platforms are ramps and terraces that extend along the river, wrap the landscape sculpture and lead people to the existing walks. The entire structure is folding such as to absorb the four meters of difference in level between the two sides of The Irwell River. The superposed platforms allow a soft landing on the shore of Meadows.
As a first element of a future development the bridge will become a versatile element, a space for contemplation and entertainment, a promenade and a landmark. The Bridge should be an attraction; it can host sports and cultural events. It can encourage exchanges and communication between people and become a true public place.
The structural scheme is a Steel Box Girder supported by a single pillar, over a span of 57 m. The Bridge beam will be anchored to the concrete pillar and blocked on the opposite side.
Steel Box Girder construction allows considerable freedom in the geometry of The Bridge and an easy maintenance. The dynamic effects will be reduced by folding the deck.