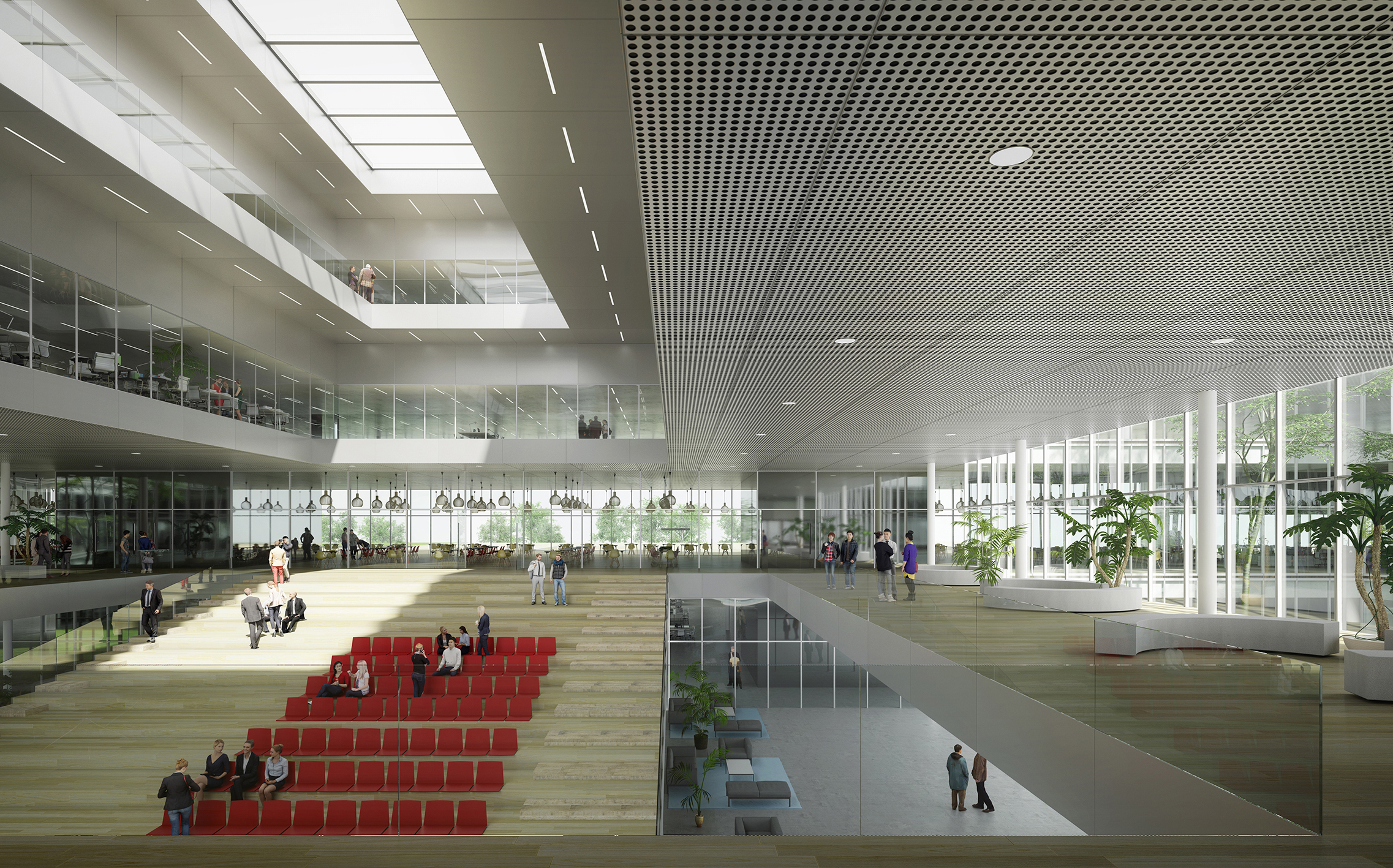 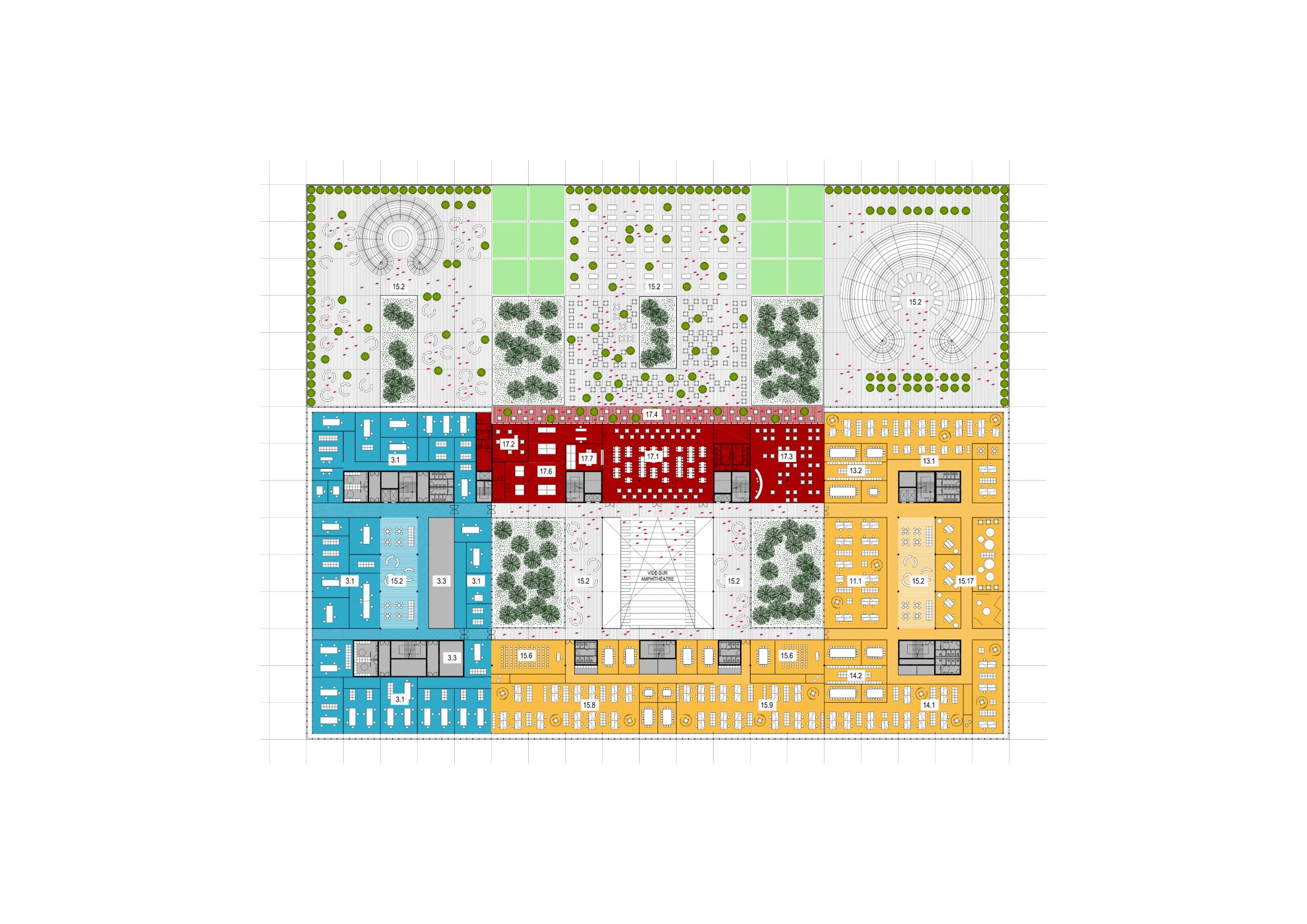 The Servier group is considering the construction of a new research center on the north side of the ZAC du Moulon, in Saclay. Our project is designed to let the landscape run through the building, through patios and terraces. The volume, clearly profiled, invites the campus to find an extension inside the building.
The megastructure is developed on two levels of basement, the ground floor and three upper levels. Between each of the upper levels, there are important technical platforms, which generate partial heights under ceiling up to 4.5m. A frame of 8.1 m front and a floor depth of 24 m, allow a wide variety of typology in the development, and a multitude of spatial qualities. The workspaces are spread over several platforms, separated by courtyards and atriums that let in natural light and allow views between the different poles. A central atrium of urban proportions connects the public space to the large terrace.