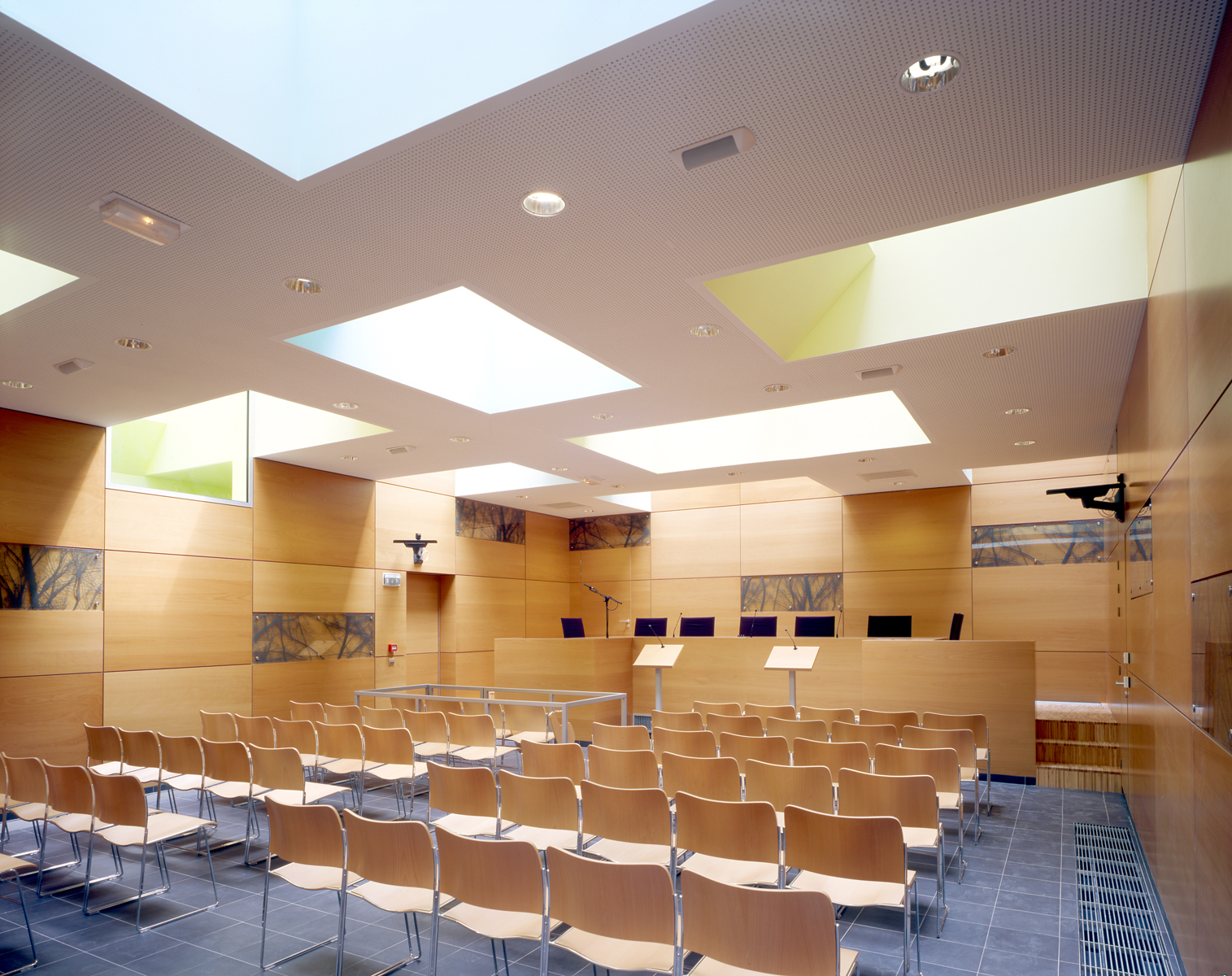 The Tribunal de Grande Instance (TGI) of Mulhouse is located in a building from the 19th century, arranged around an internal courtyard. Around twenty years ago it was already heightened an additional floor by means of a light structure. Thus the only possibility for a further extension was in the courtyard, whose surface area was equivalent to that required for the completion of an audience hall. However, the facades of the buildings overlooking the courtyard were classified in such a way as to render the obstruction of their windows impossible. We were therefore left no option but to construct the audience hall at a level underground. Within this particular configuration, the roof exists as the only visible façade, the project’s major architectural element. We conceived of it as a terrace under the breast wall of the windows on the ground floor, extending it to cover the entire surface of the courtyard. Inside, the audience hall is covered in wood. The calpinage incorporates silkscreen glass panels with tree patterns: the reflections of which help mitigate the effect of claustrophobia felt by certain users of the hall, due to the fact of its position in the basement.