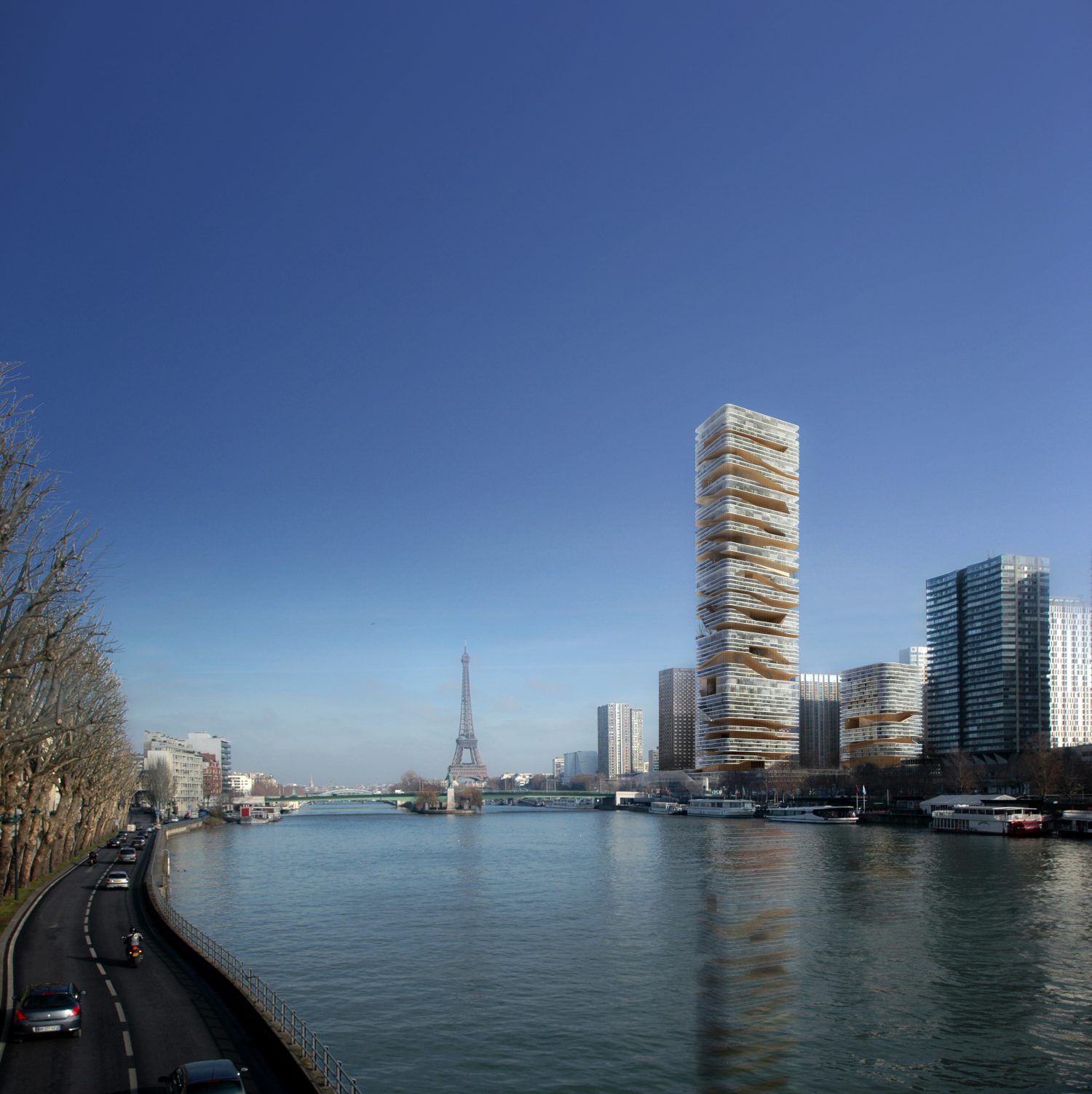 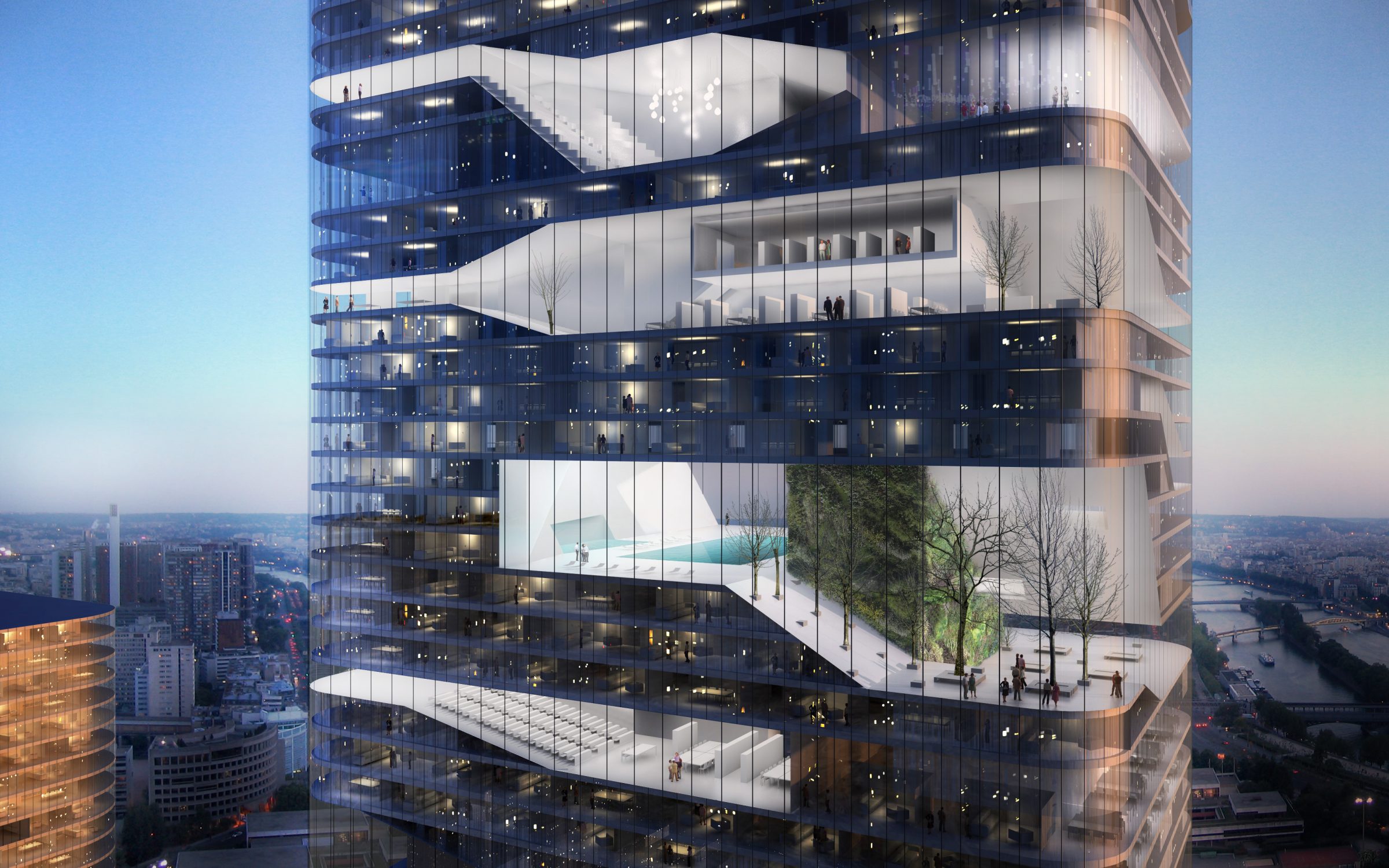 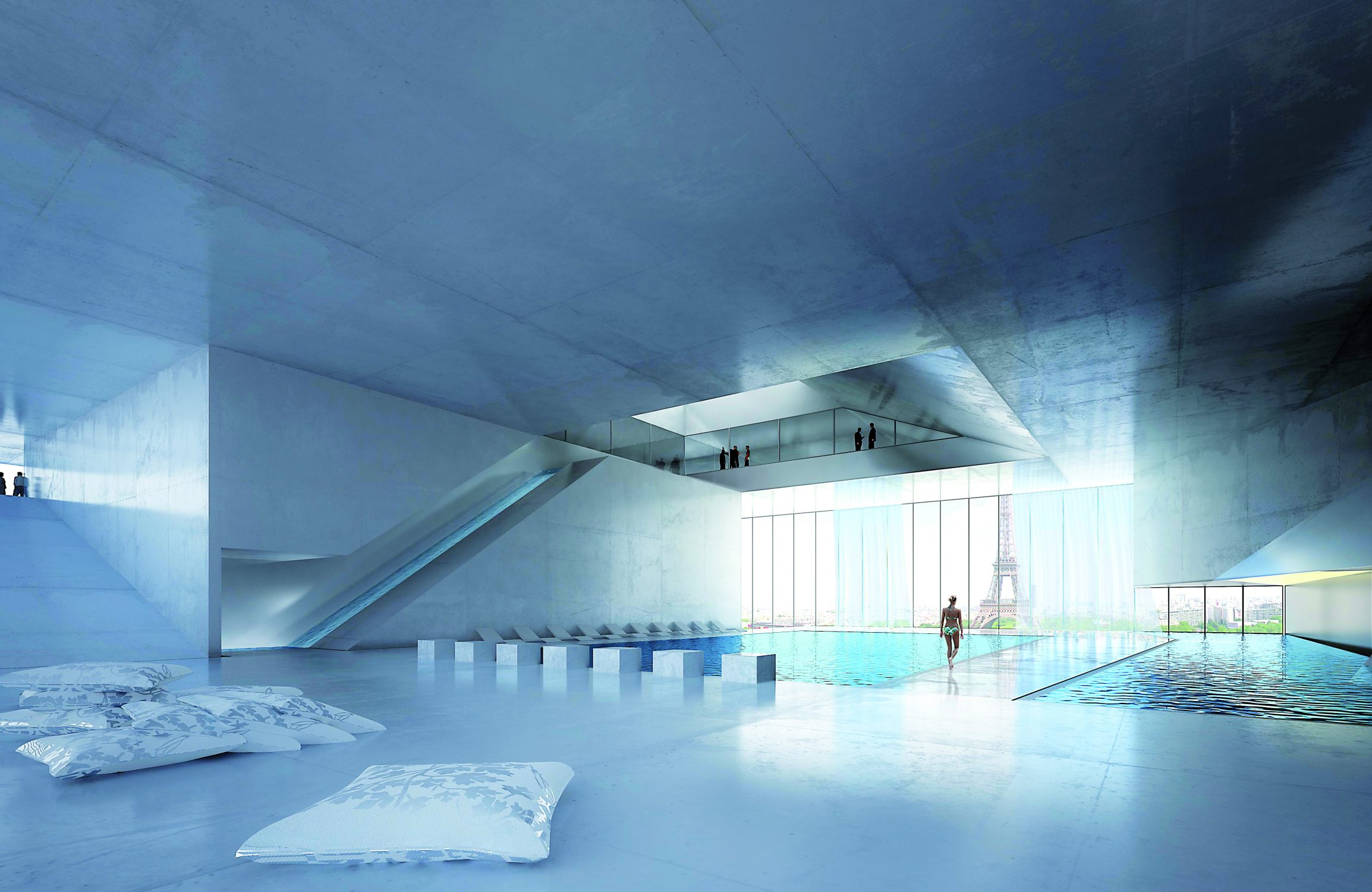 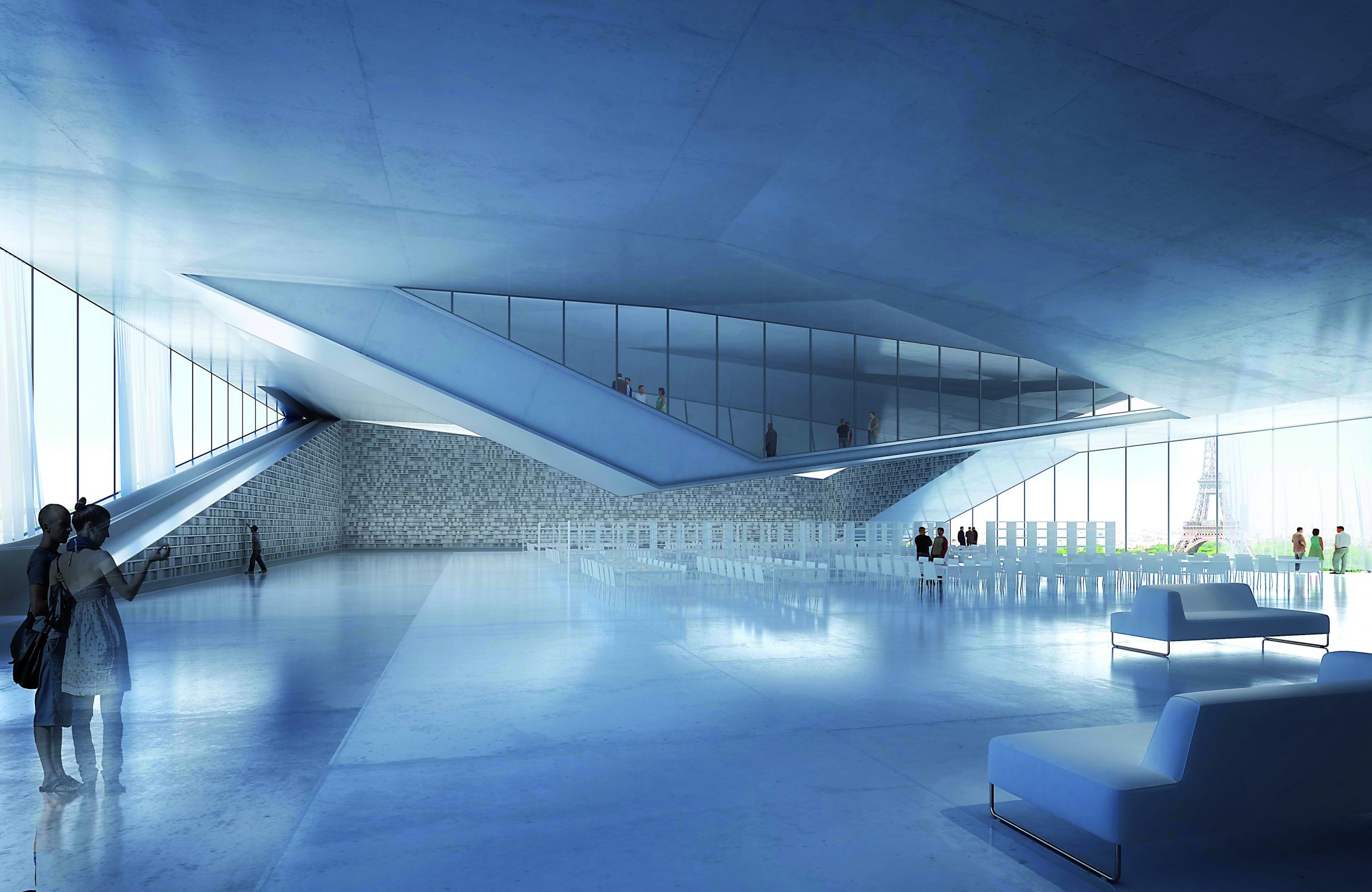 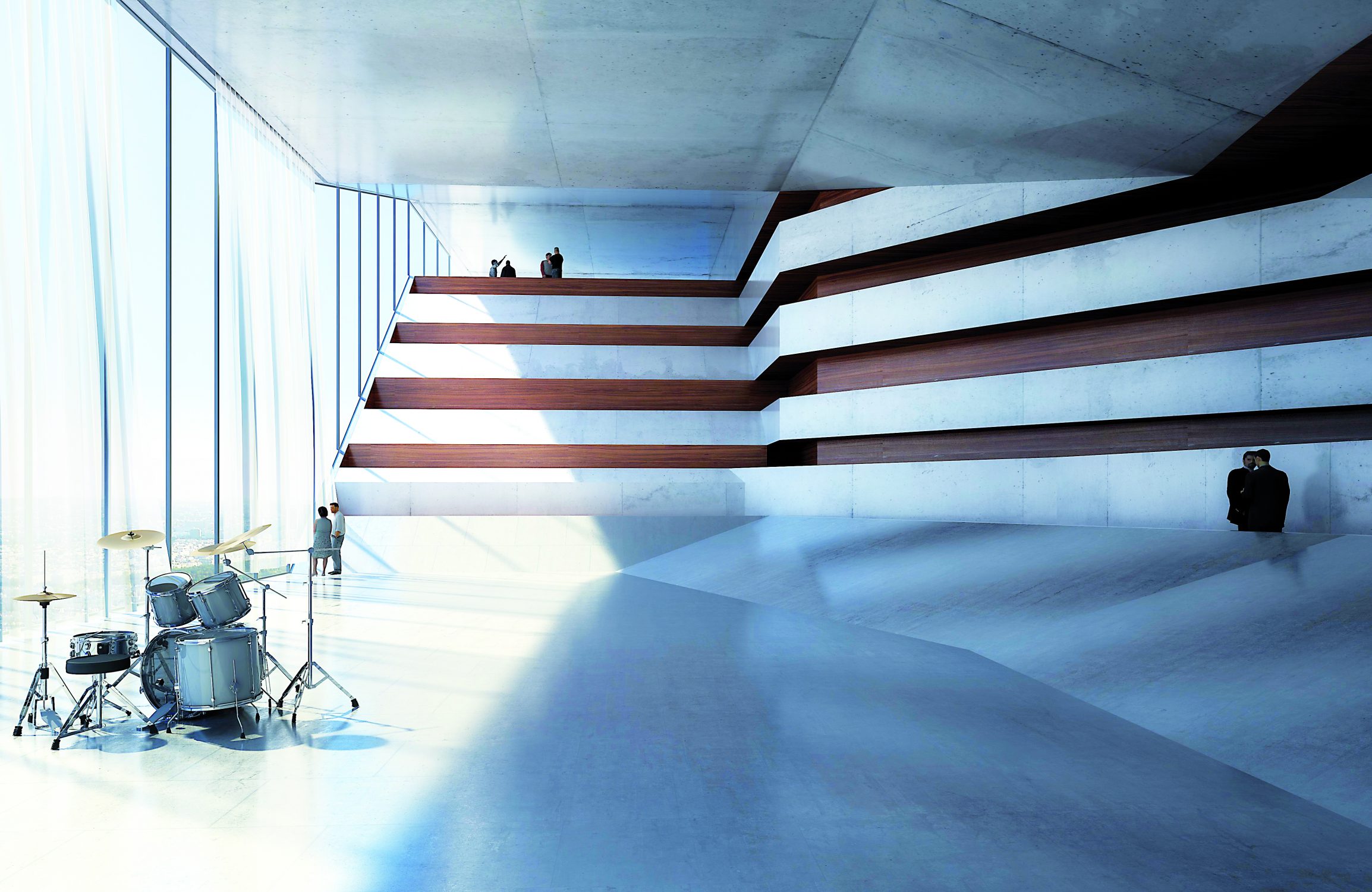 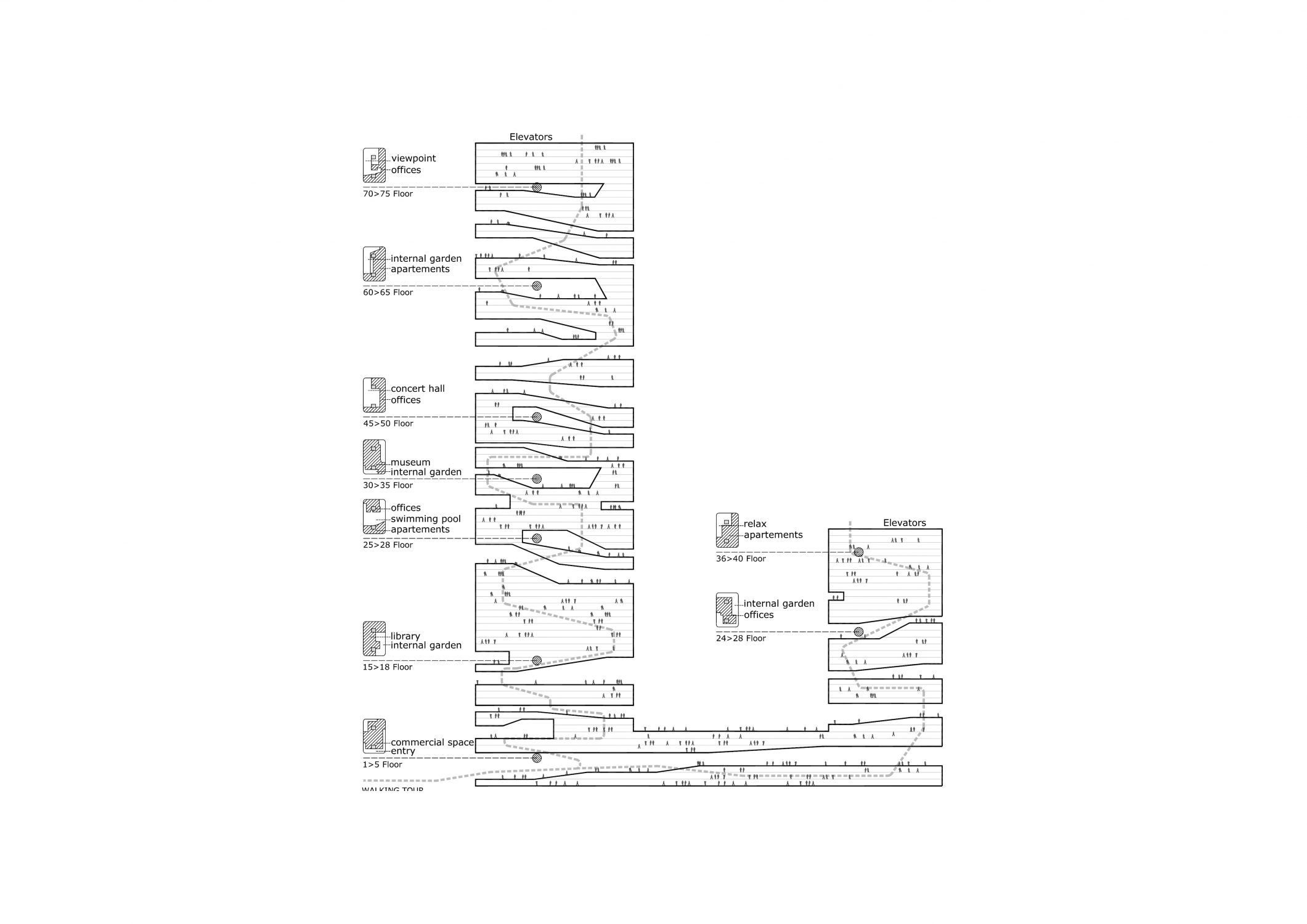 Paris constantly revises its ambitions of “greatness”. However, within a country where speed is not necessarily a condition of efficiency and where “quality of life” is elevated to “the art of living”, a purely geographic and territorial expansion based upon the American model is unfeasible. Strolling around, getting lost, dreaming, living and taking advantage of beautiful weather and beautiful spaces is essential to the inhabitants of Paris. How would a tower correspond to the “art of living” dear to Parisians? It would be   a “tower city” within which we retain the choices in the way we move, at what speed, and by which path; a tower traversable on foot if you will; a tower of shifting density and complete diversity, within which all activities are possible; a beautiful, attractive tower; a non-emitting and energy independent tower. At this stage, the purpose of the work would be to configure spaces capable of welcoming concrete architectural projects. This manipulation becomes the tower’s project. More concretely, we are able to liken the tower to the diversity of the city: the uniform fabric of Parisian homes, the rapid transportation network, the squares, the parks and the avenues, the public meeting places of Parisians known and renowned. All the richness of the city is transposed vertically into towers of shifting density!

The competition was led by Mario Russo with Nicolas Souchko.