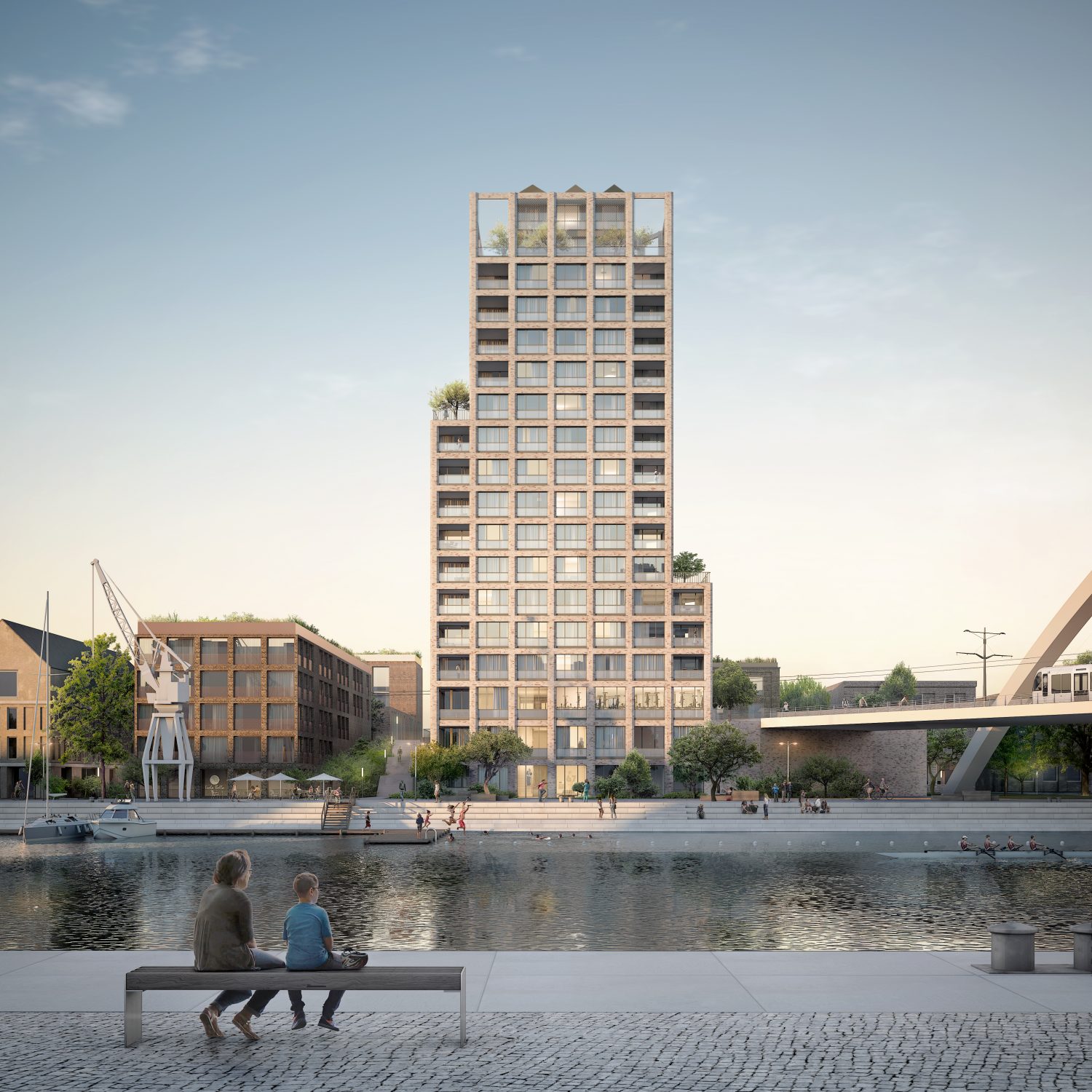 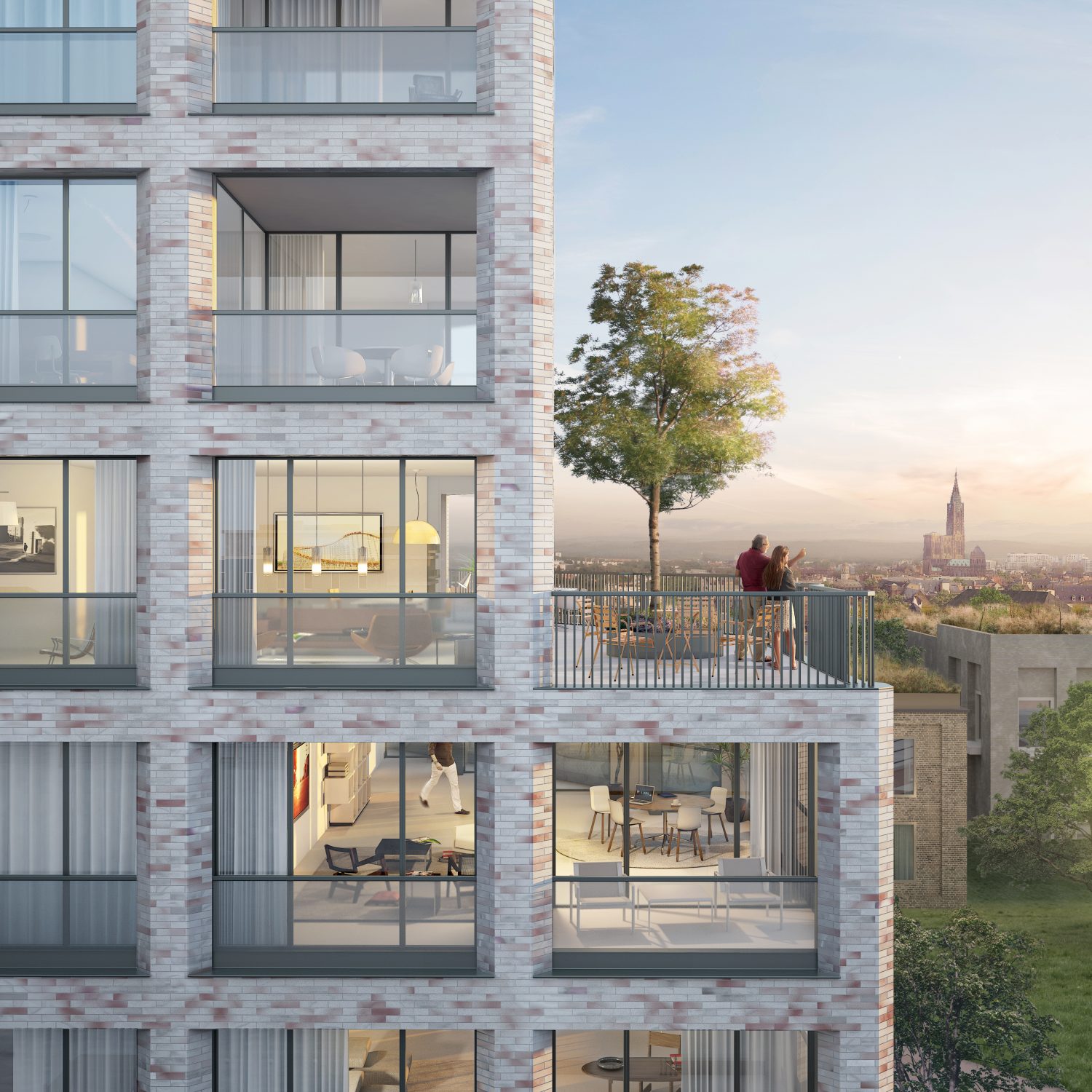 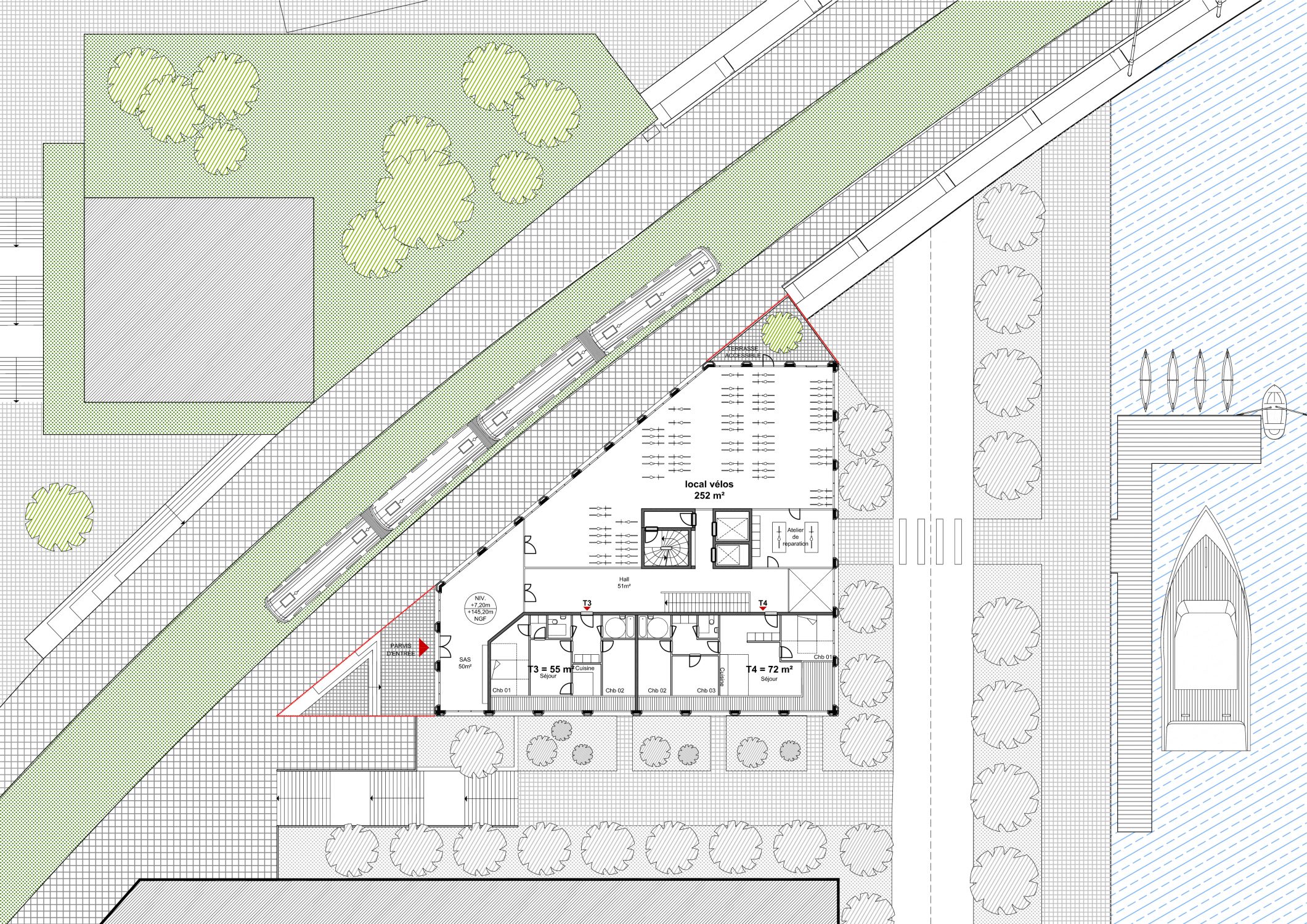 The Deux-Rives project is exceptional because of its harbour situation, which brings a strong fluvial and post-industrial symbolism. A place full of promises and opportunities, which will breathe new life into the city of Strasbourg. The CIT tower, placed alongside the canal, is the symbol of the urban intensification of the Rhine basin. It will mark by its slender silhouette on 17 floors, the axis of connection between Strasbourg and Kehl. Its layout and volumetry are part of the urban system of a rather low neighborhood. In order to minimize the built masses and give elegance to its silhouette, the project proposes a compact volume, which takes shape around a central core, located in the center of gravity of the plot. The triangular shape of the plot led us to take advantage of this particular geometry, to cut the volume of the tower. The facades are broken by two successive withdrawals towards the summit. Like the cathedral, the tower is recomposed on three registers, organized according to the orientations offered by the site: the canals, the south, the city. On the last levels the volume is refined. Withdrawals give rise to platforms which constitute exceptional lookouts. The tower consists of 72 housing units and a common shared apartment type space. Several morphologies are proposed: SOHO, collective housing in simplex, duplex luxury housing at the penthouse.