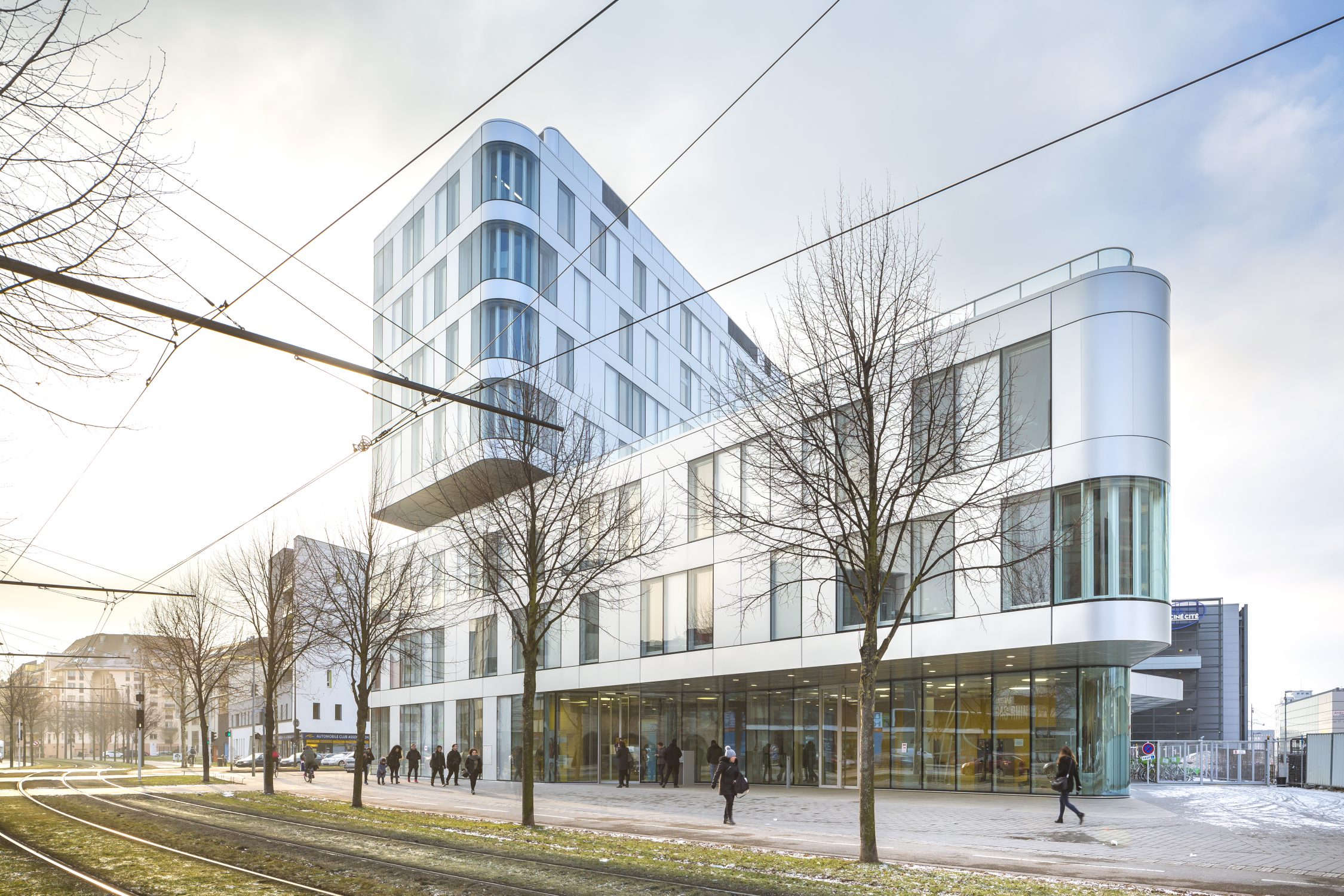 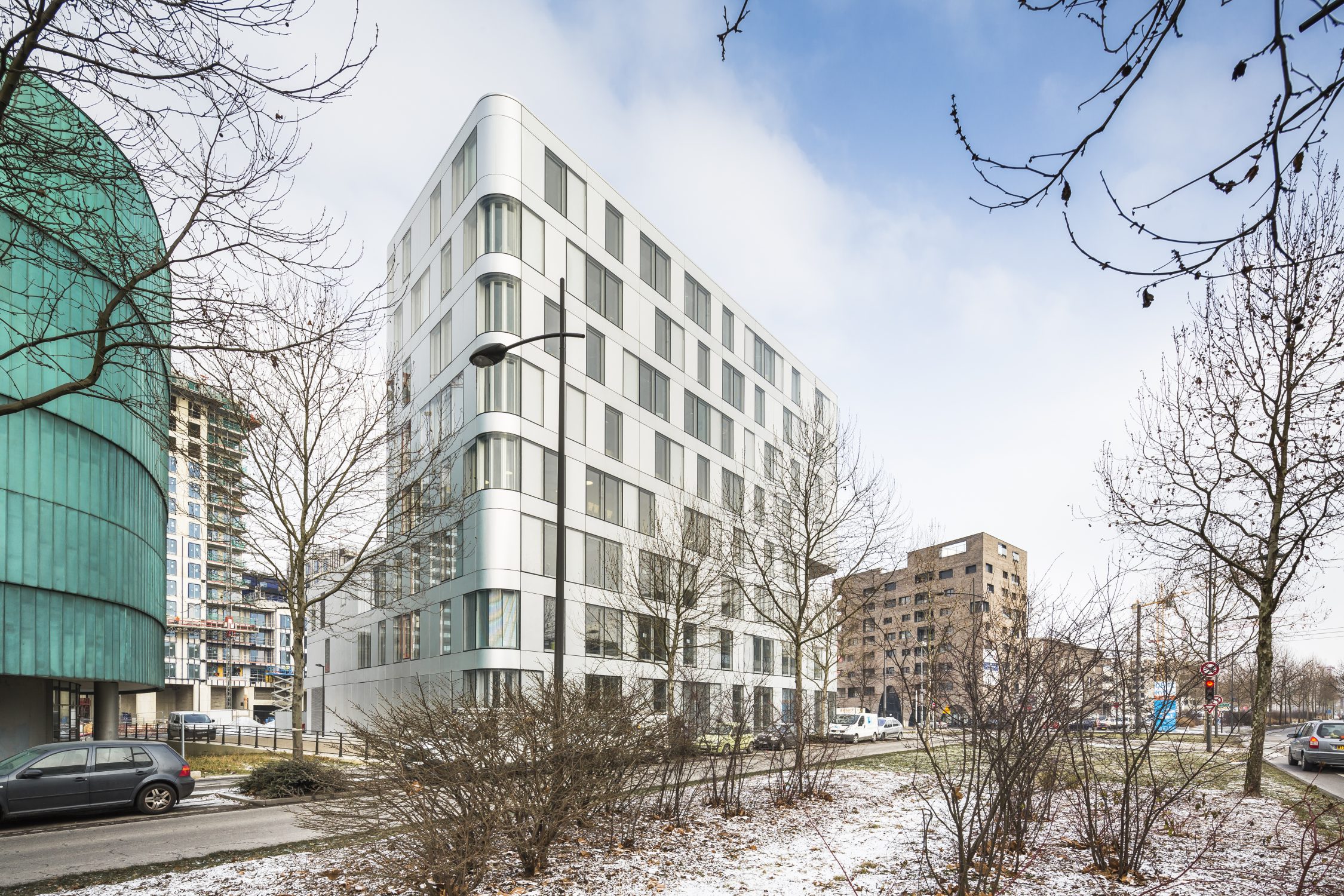 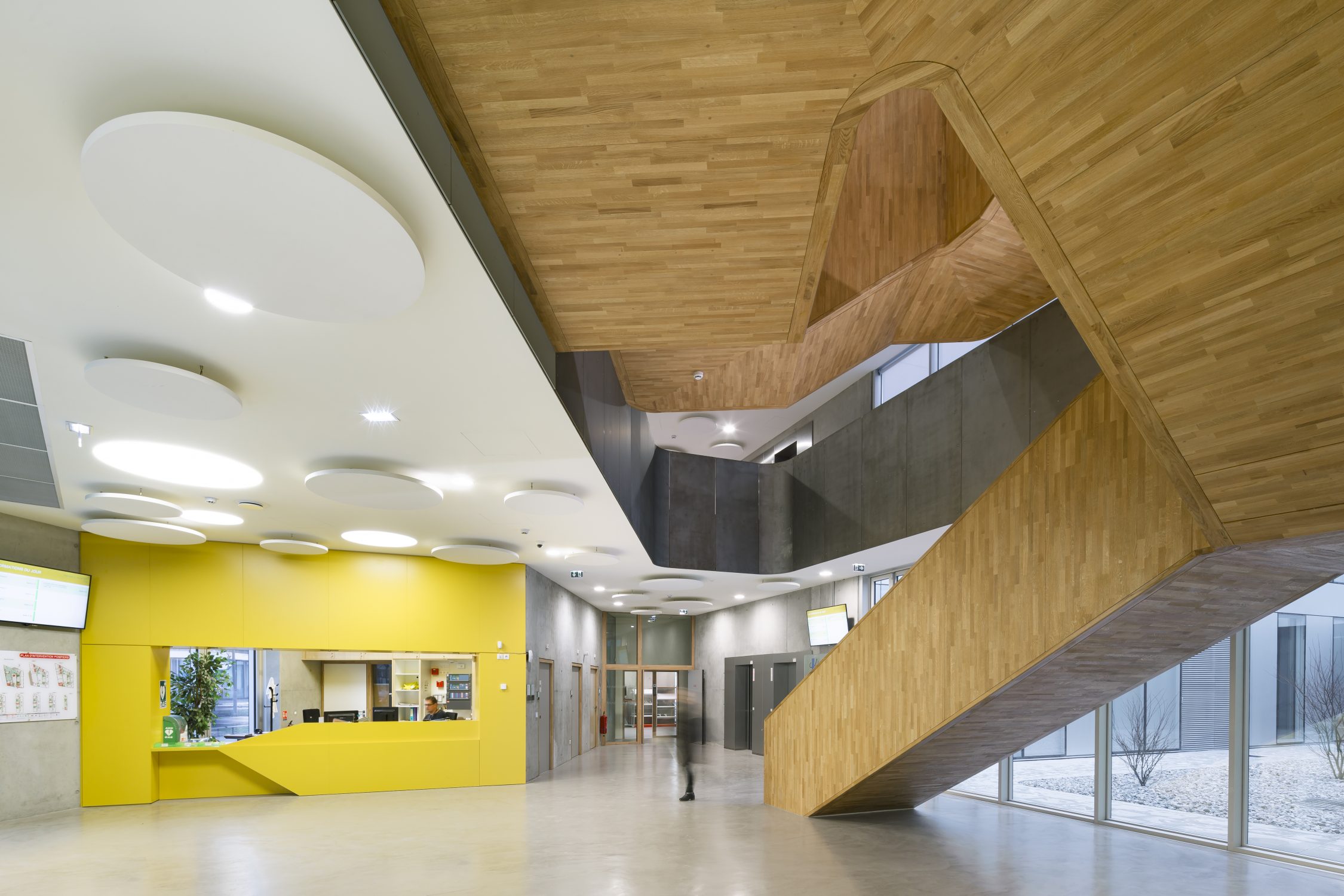 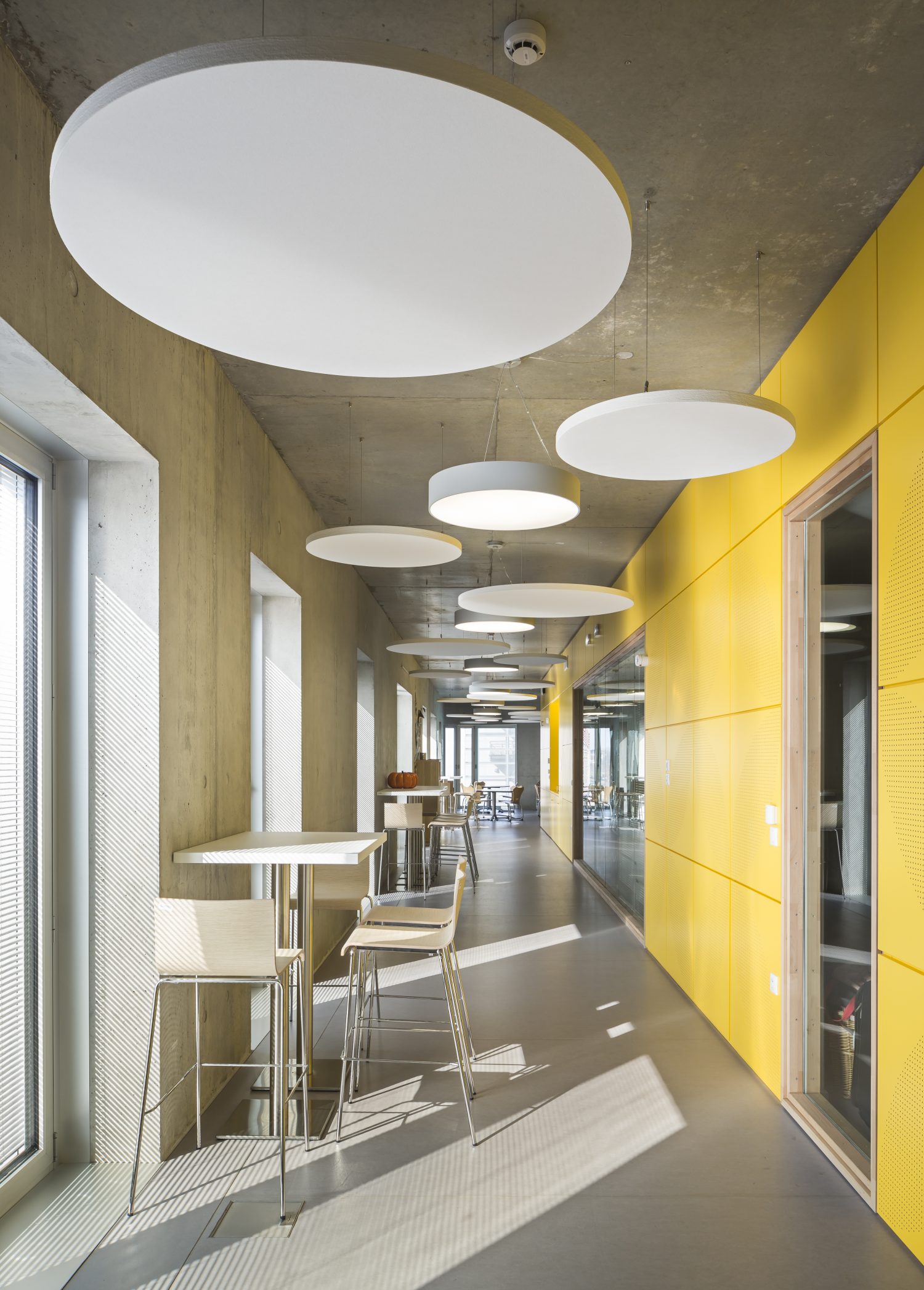 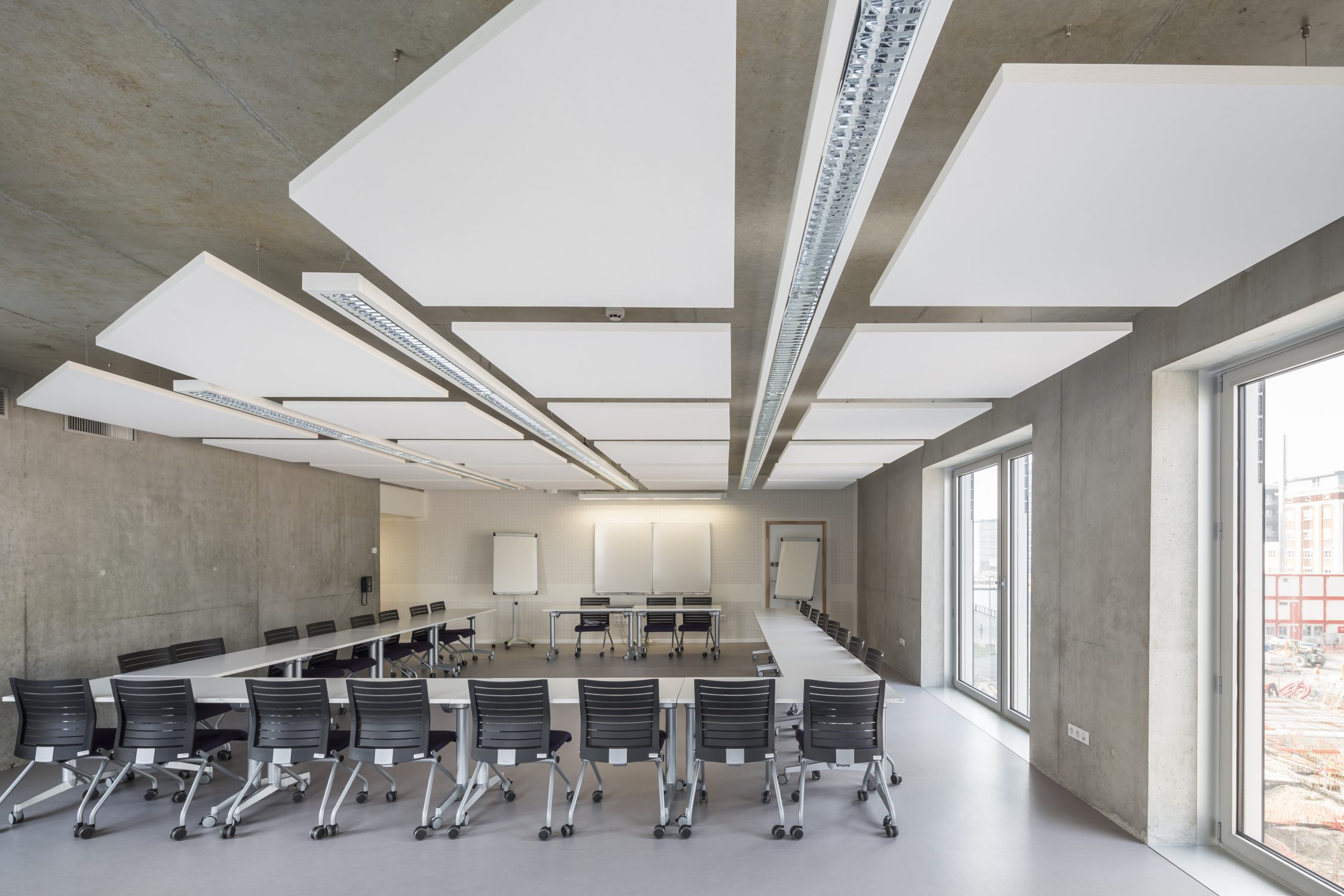 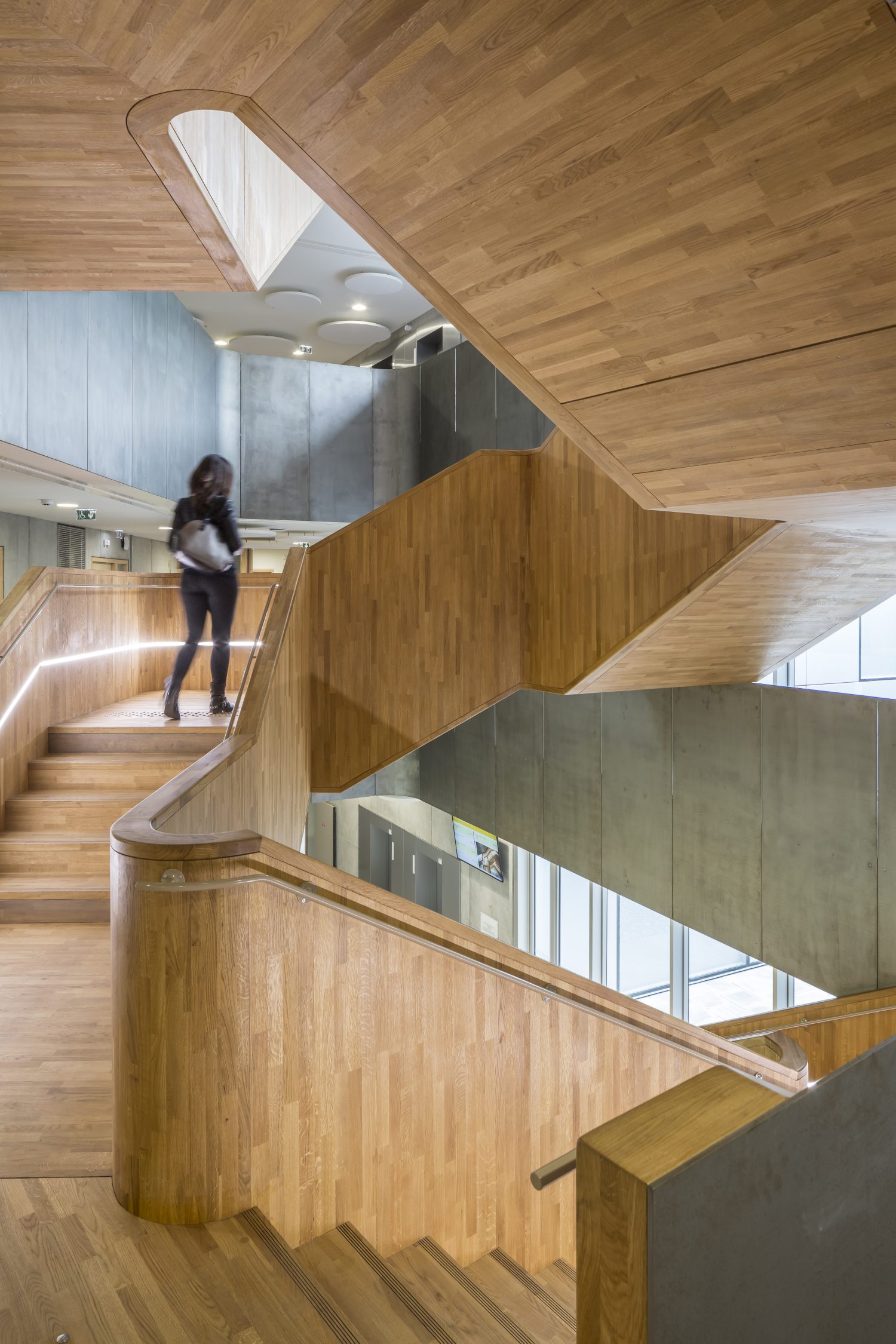 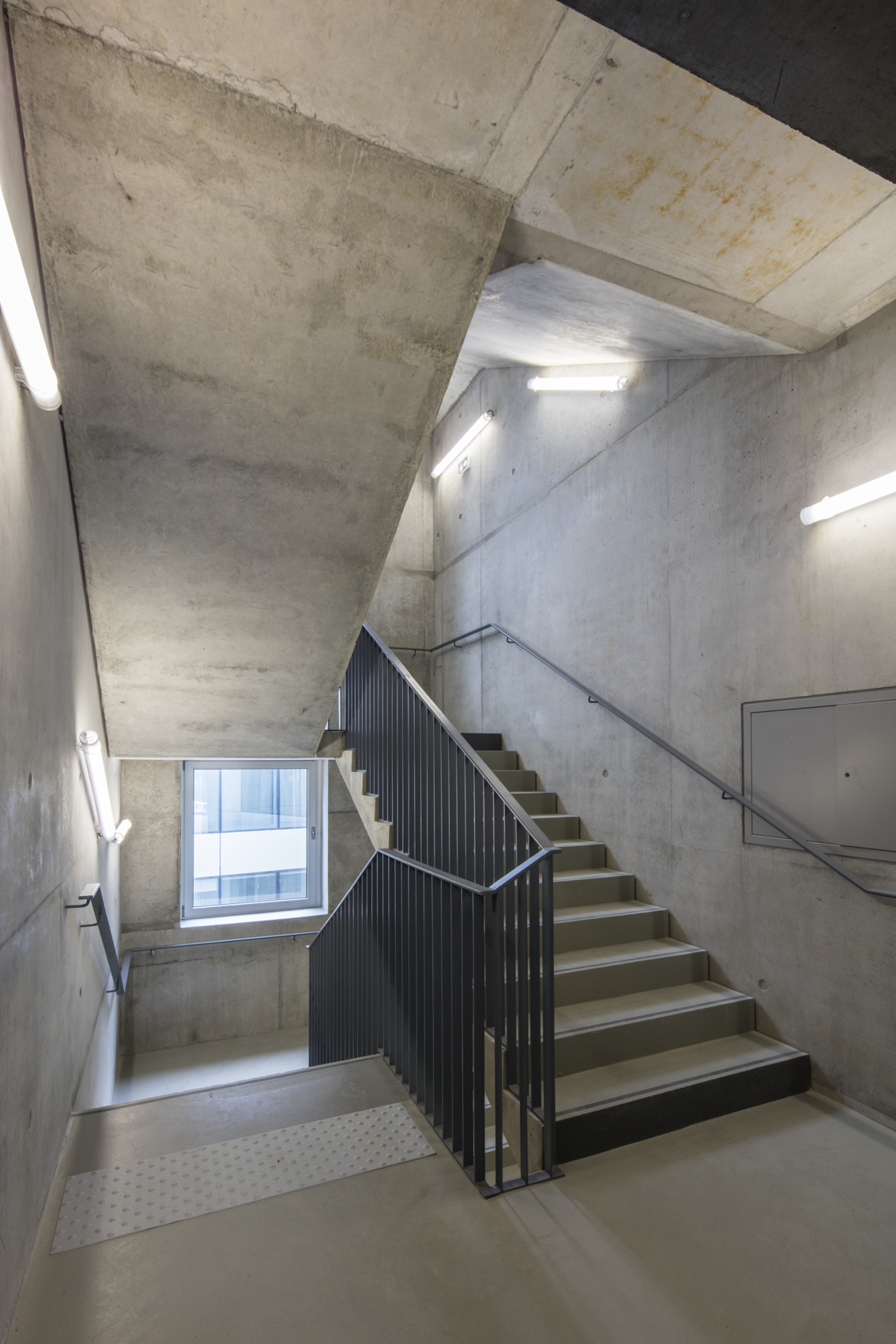 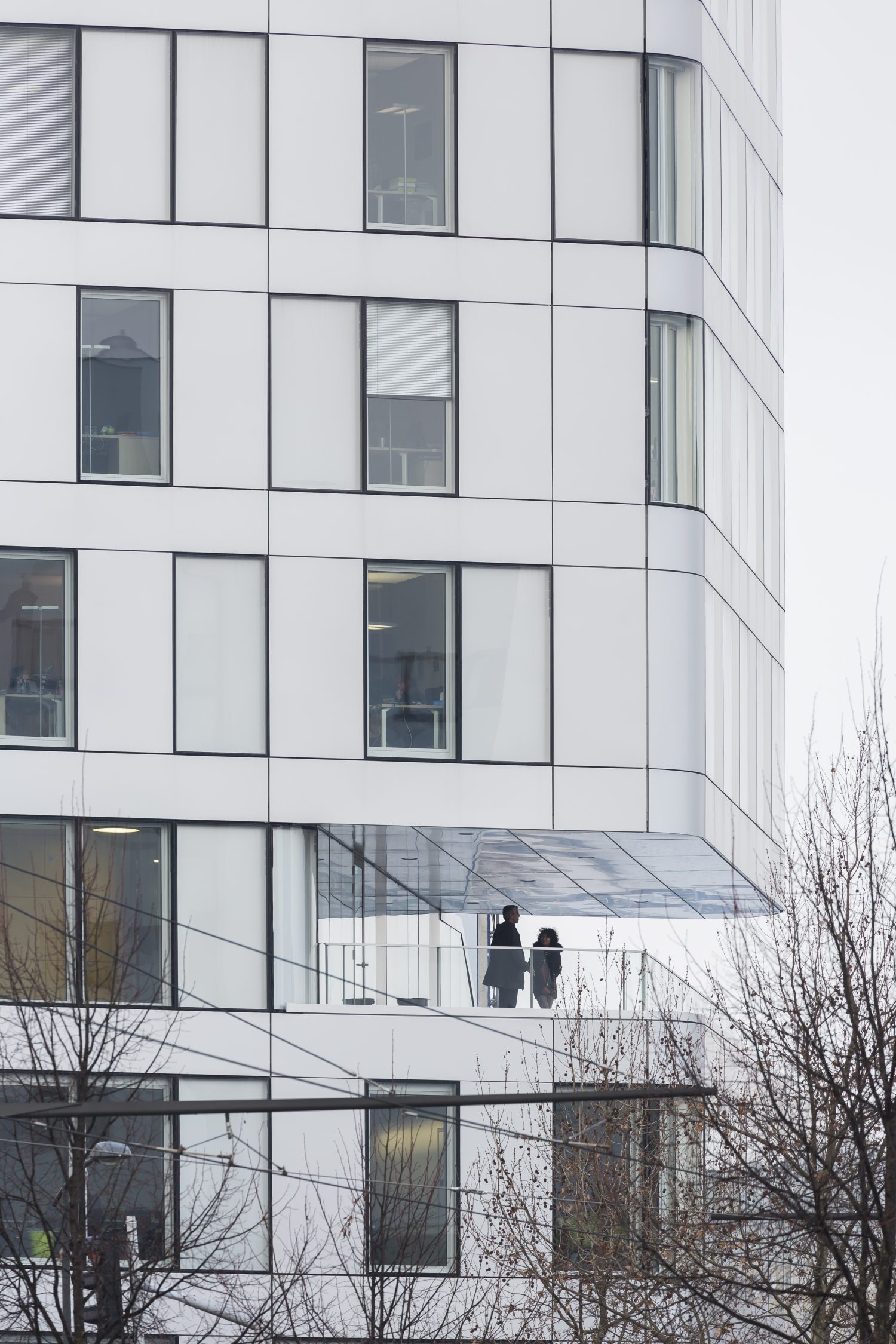 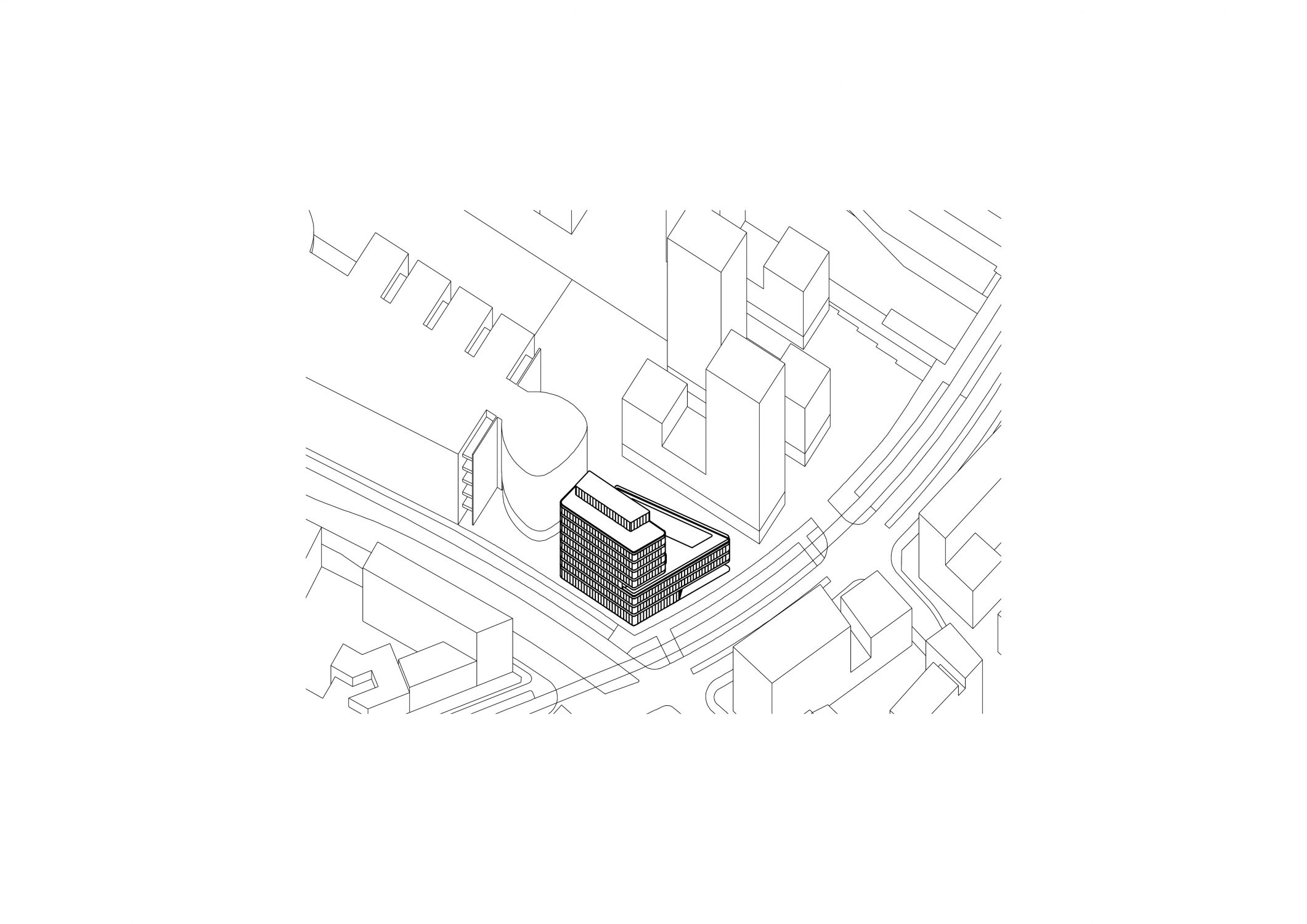 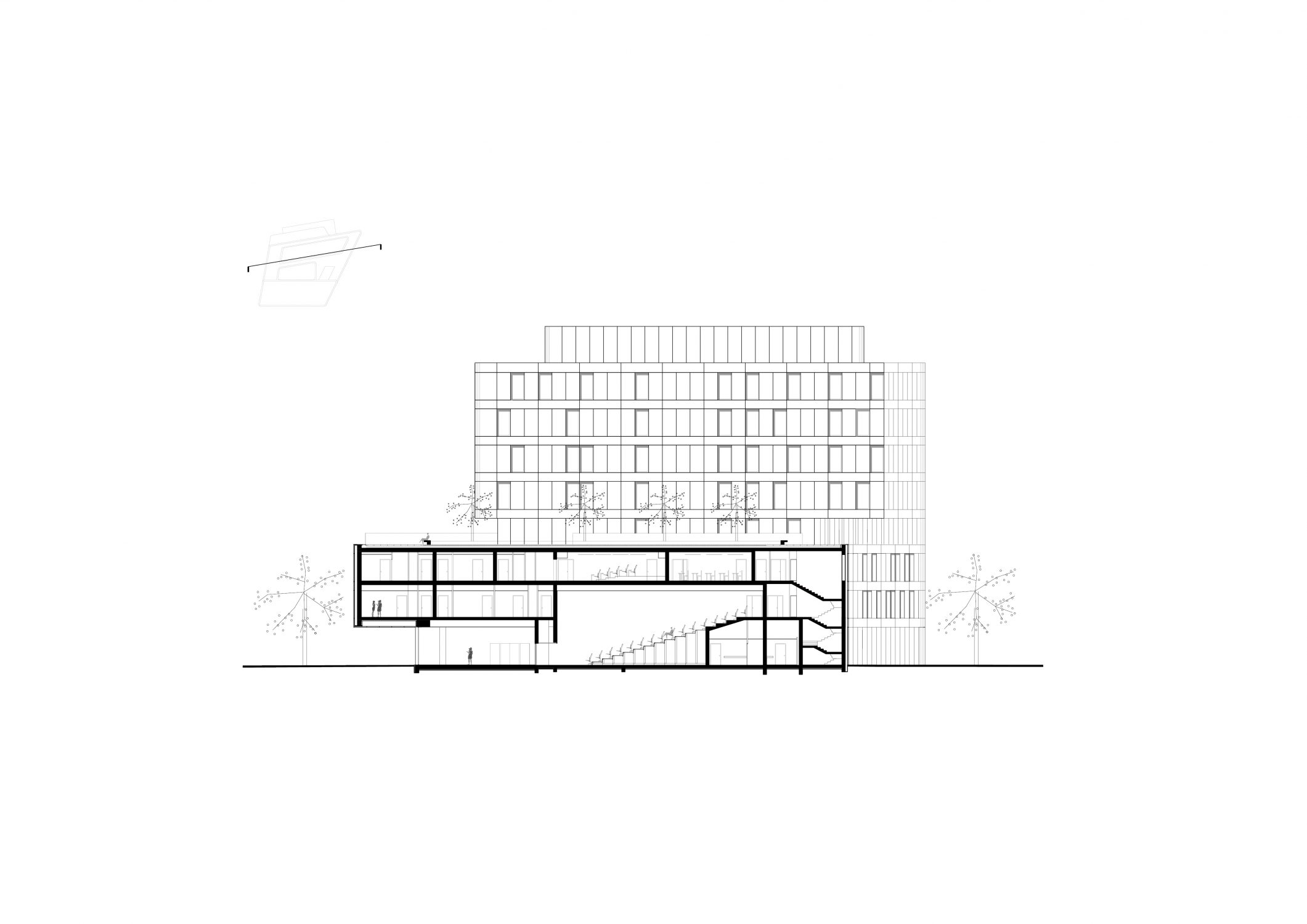 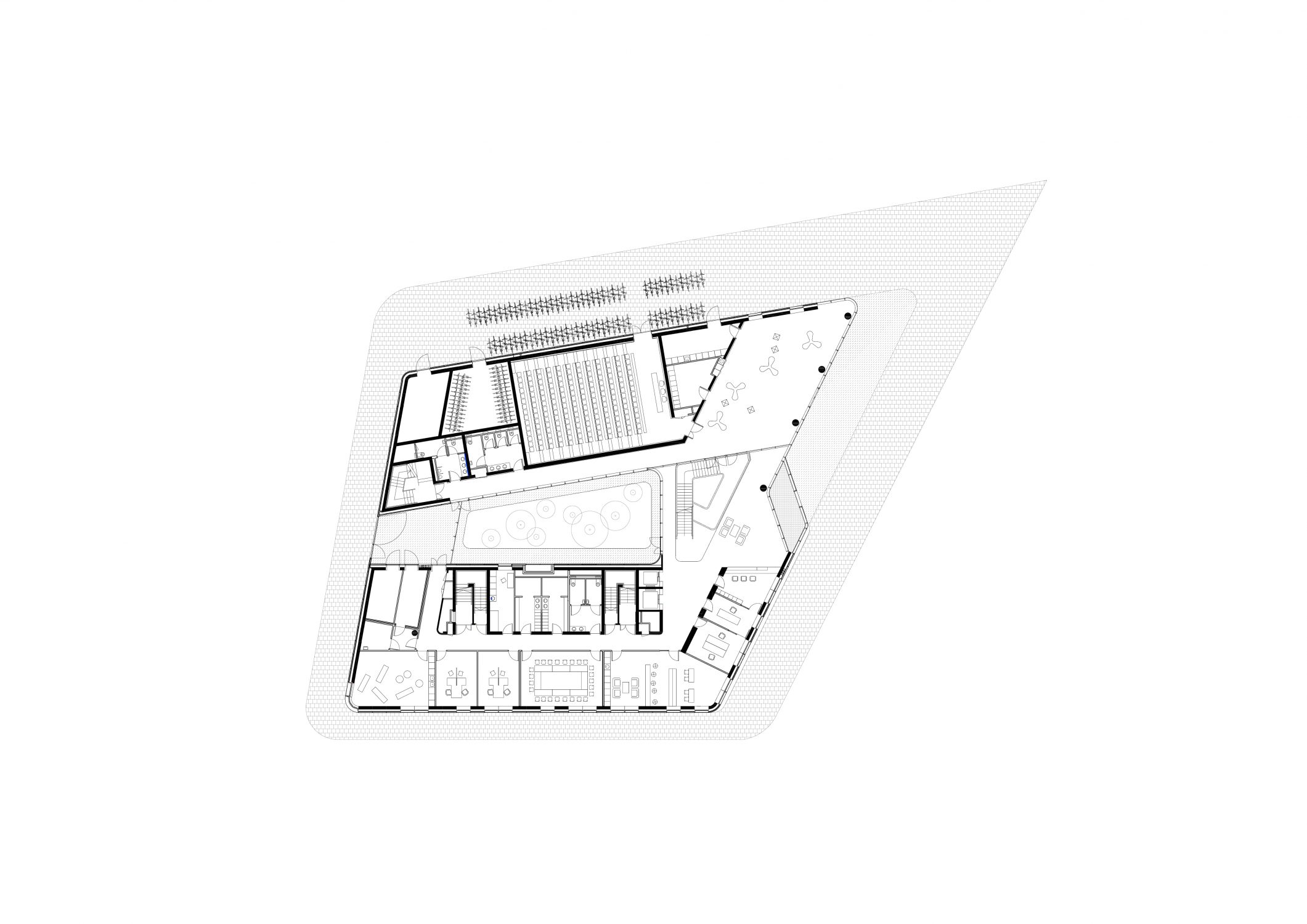 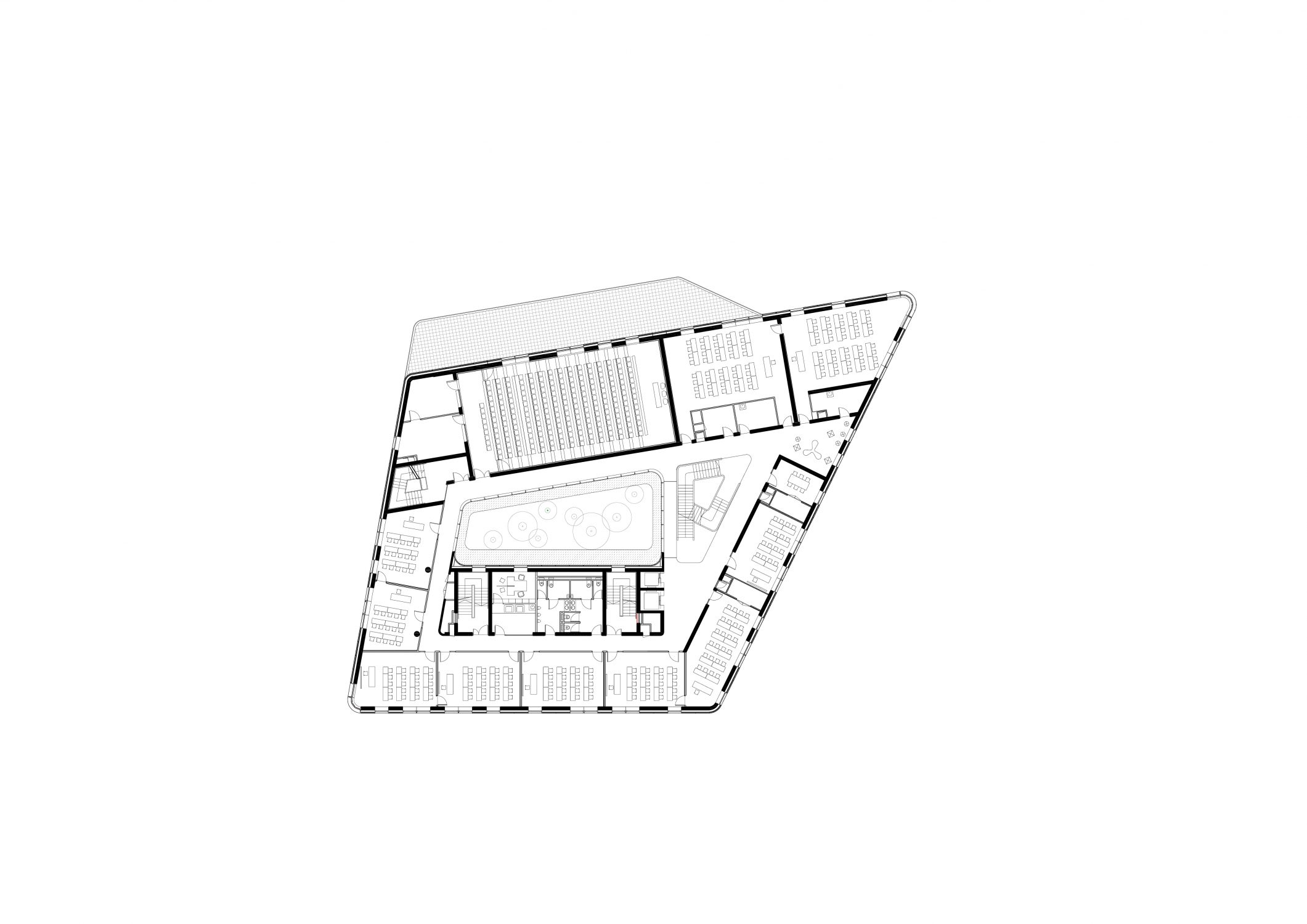 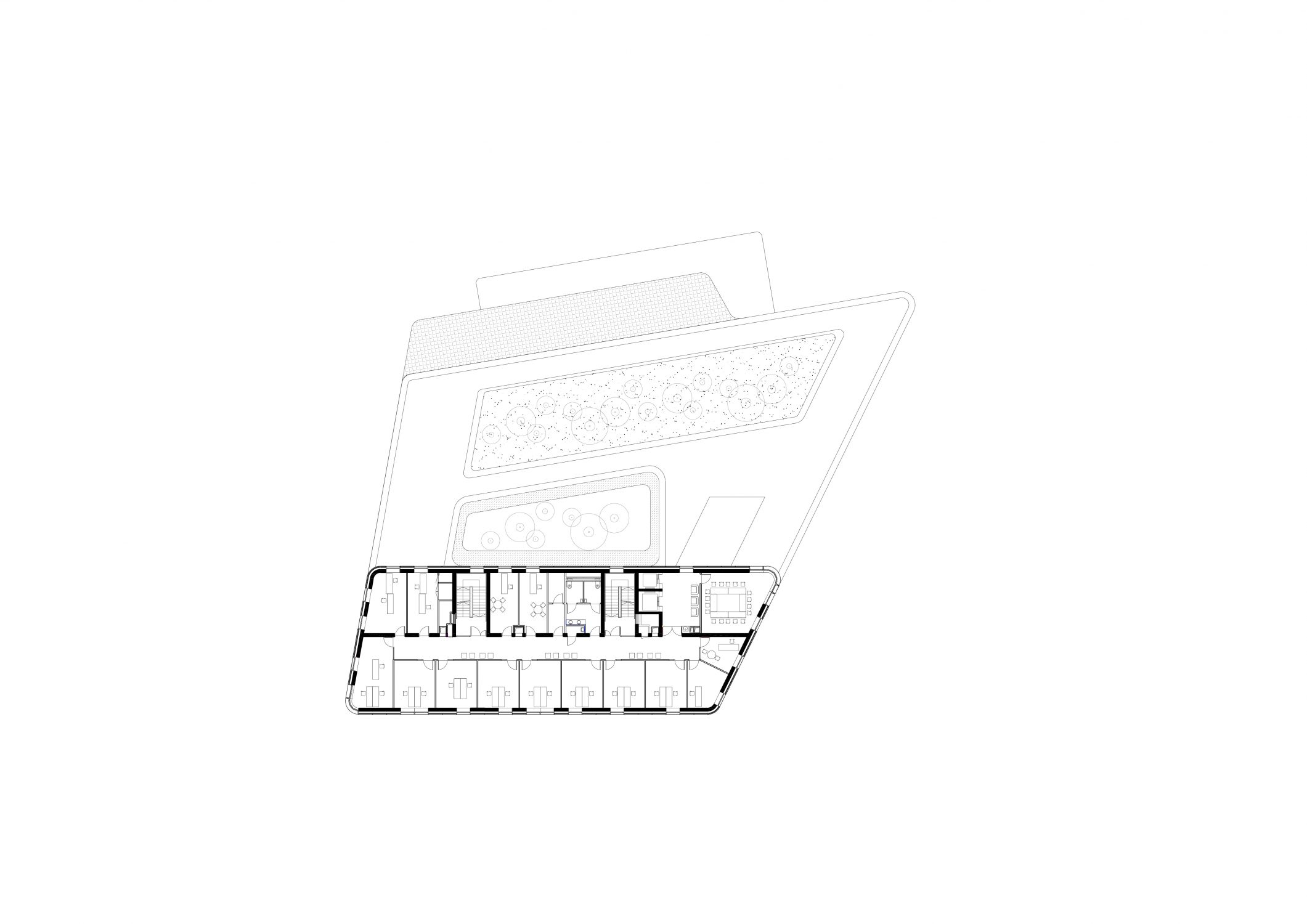 Administrative and training center, the configuration of the building meets the urban constraints, functional and symbolic of the mixed use imagined by the National Institute of Territorial Studies. The training part develops on three levels around the patio. It is characterized by the presence of large classrooms, which drain a large audience, forced to move at the rate of the course-recreation schedules. Like a real school, this part of the building requires a clear organization and great accessibility. The high volume, formed of the last four levels, shows the building on the angle of the urban plot. This part is dedicated exclusively to the administrative functions of the offices.