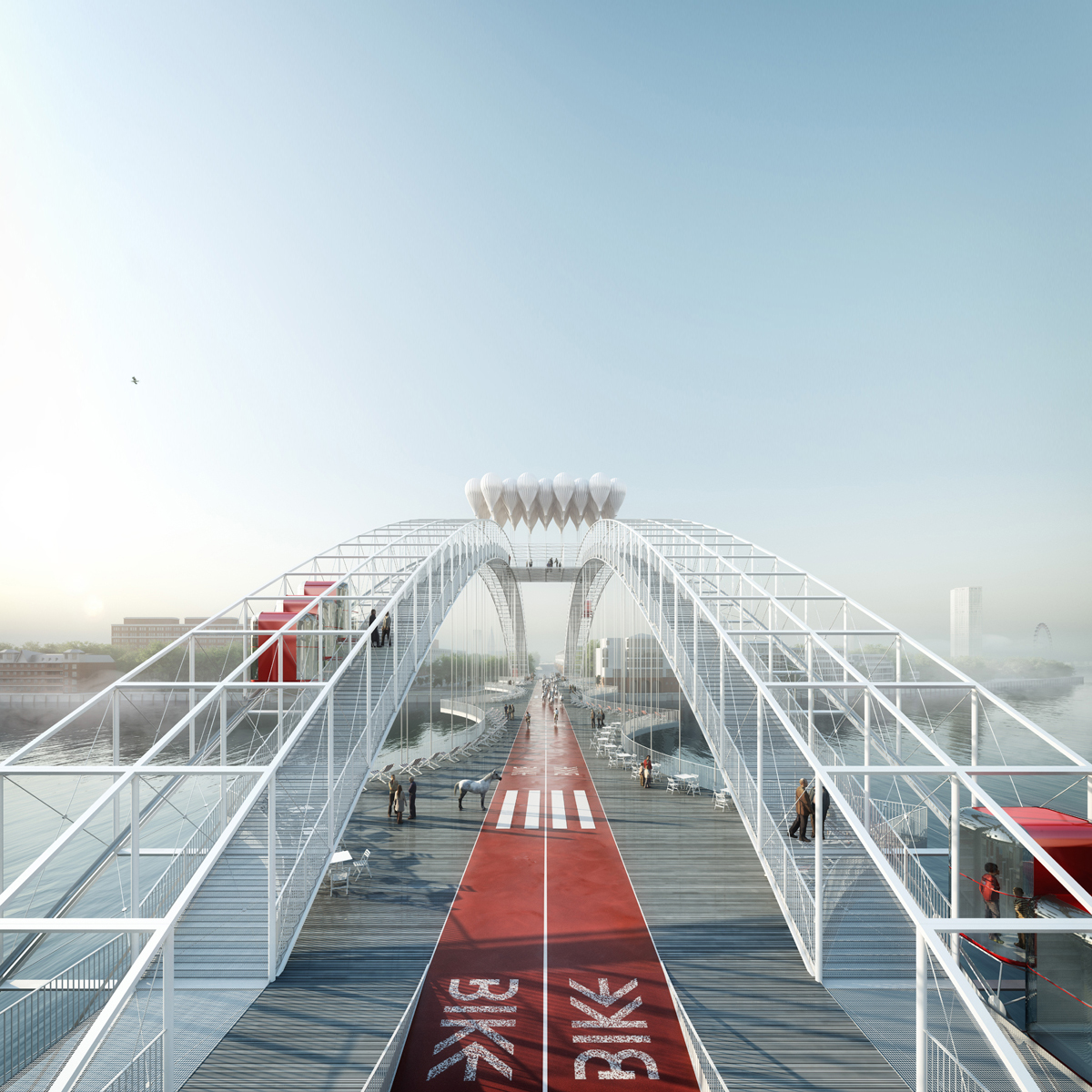 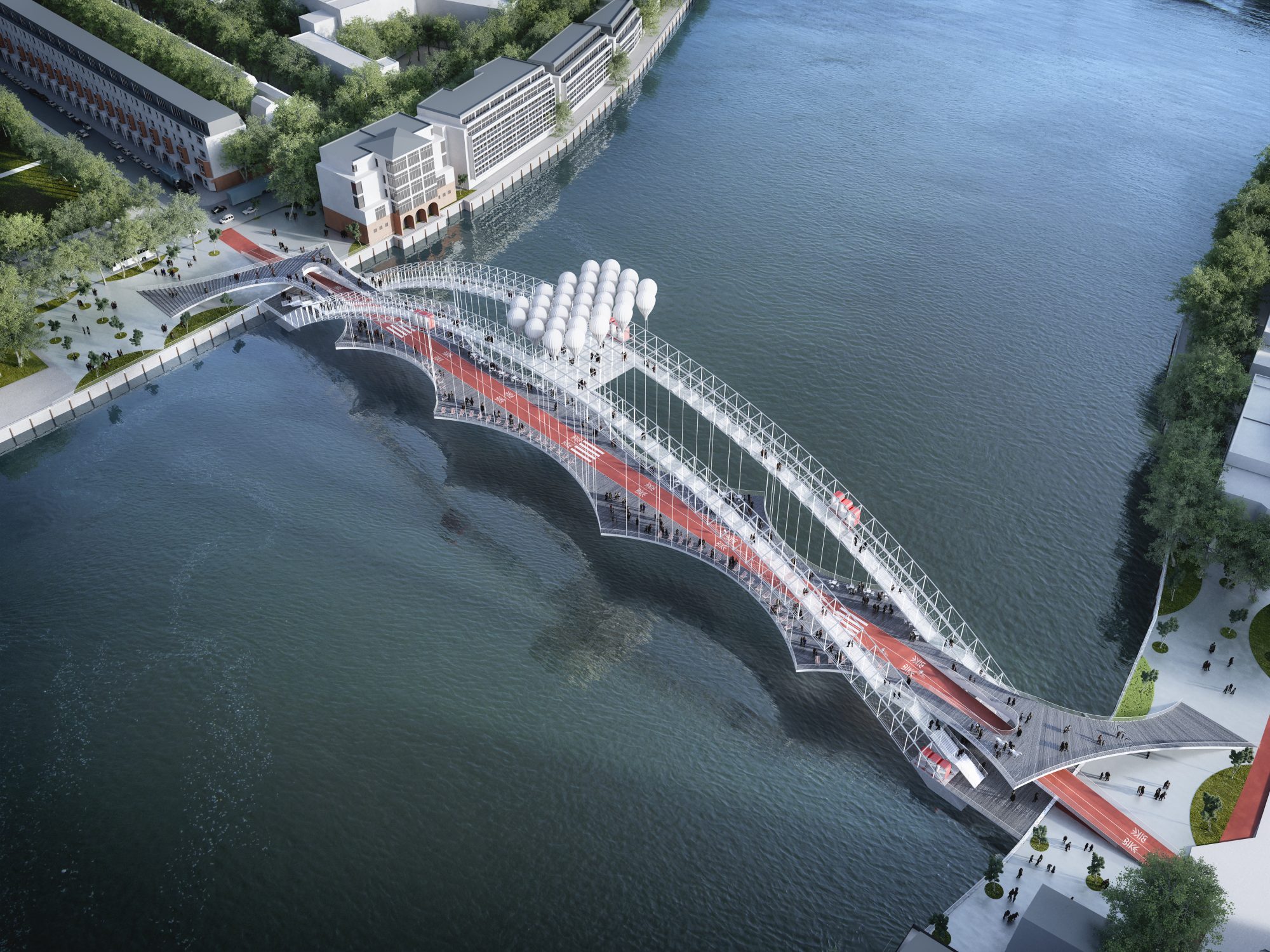 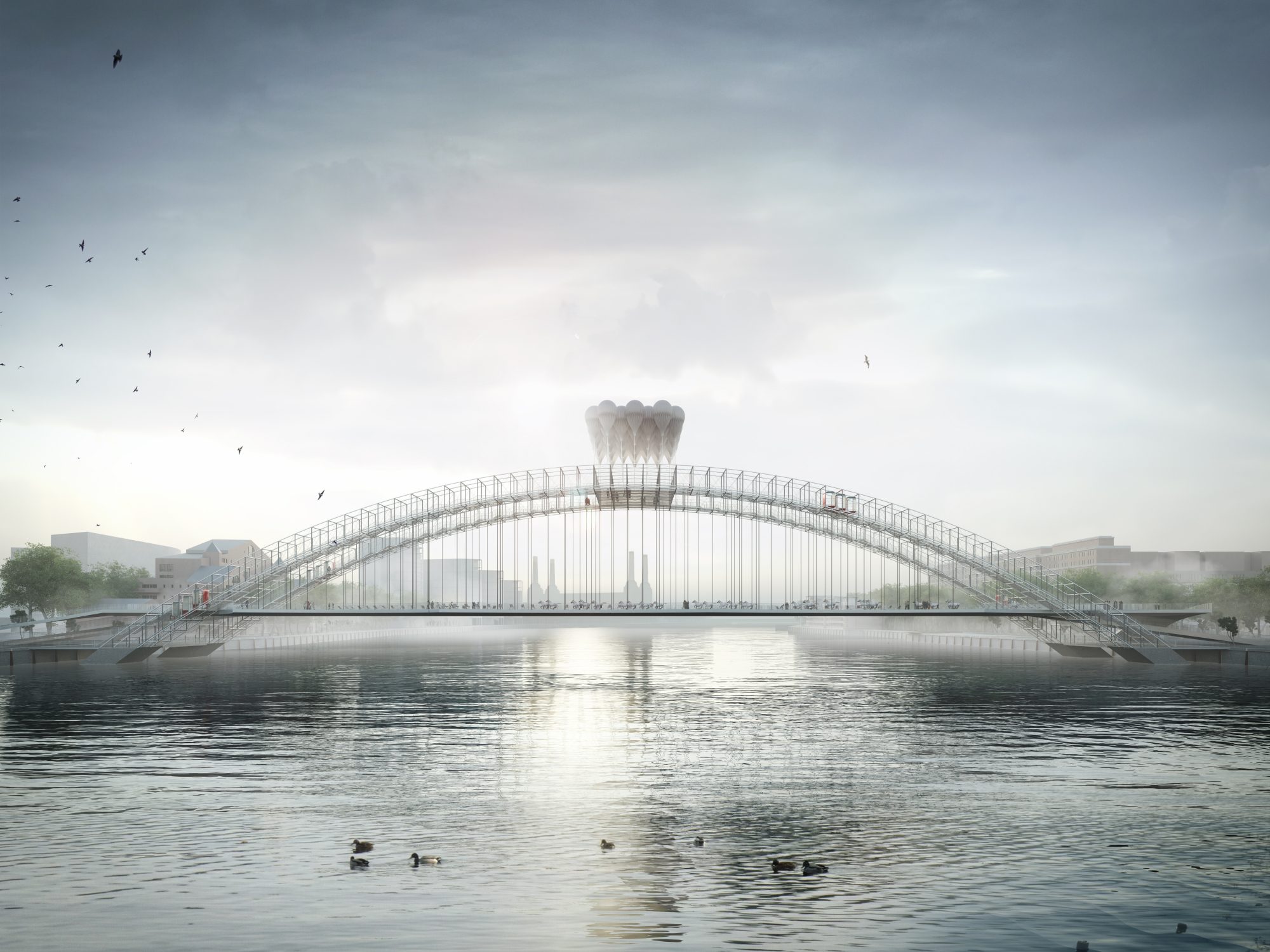 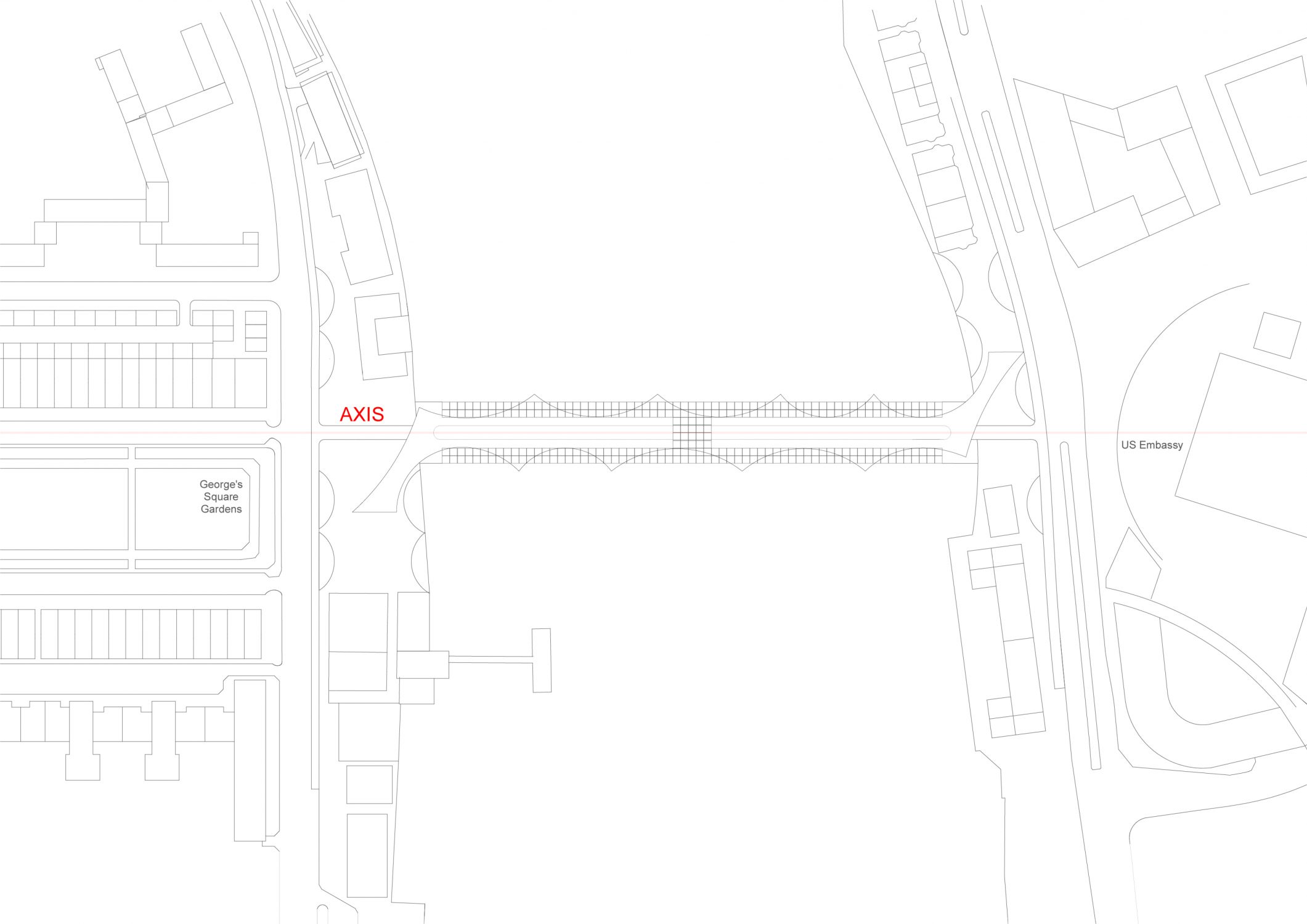 Make a new place on the Thames in a portal beautifully designed by the collaboration of the engineer and the architect. The bridge is also a public plaza, a landmark. The scale of the structural challenge is being exploited to discover a new public space above the city of London. Freed from structural constraints, the design of suspended bridge zones is the occasion for a community to do a project that represent them. The diversity of London’s urban tribes and the functional challenges near the bridge, argue for a design process that does not exclude anyone … and should lead to a project loved by everyone.