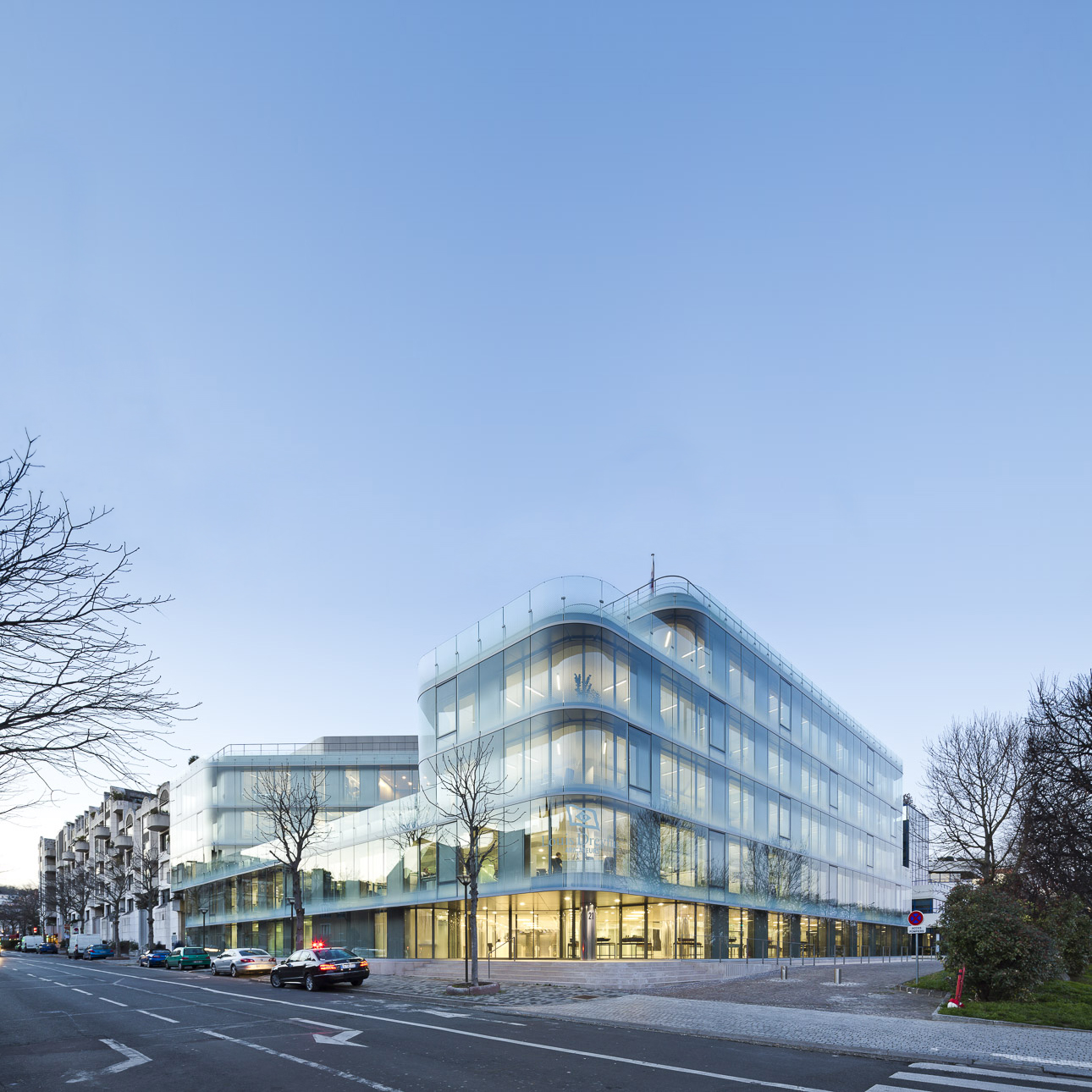 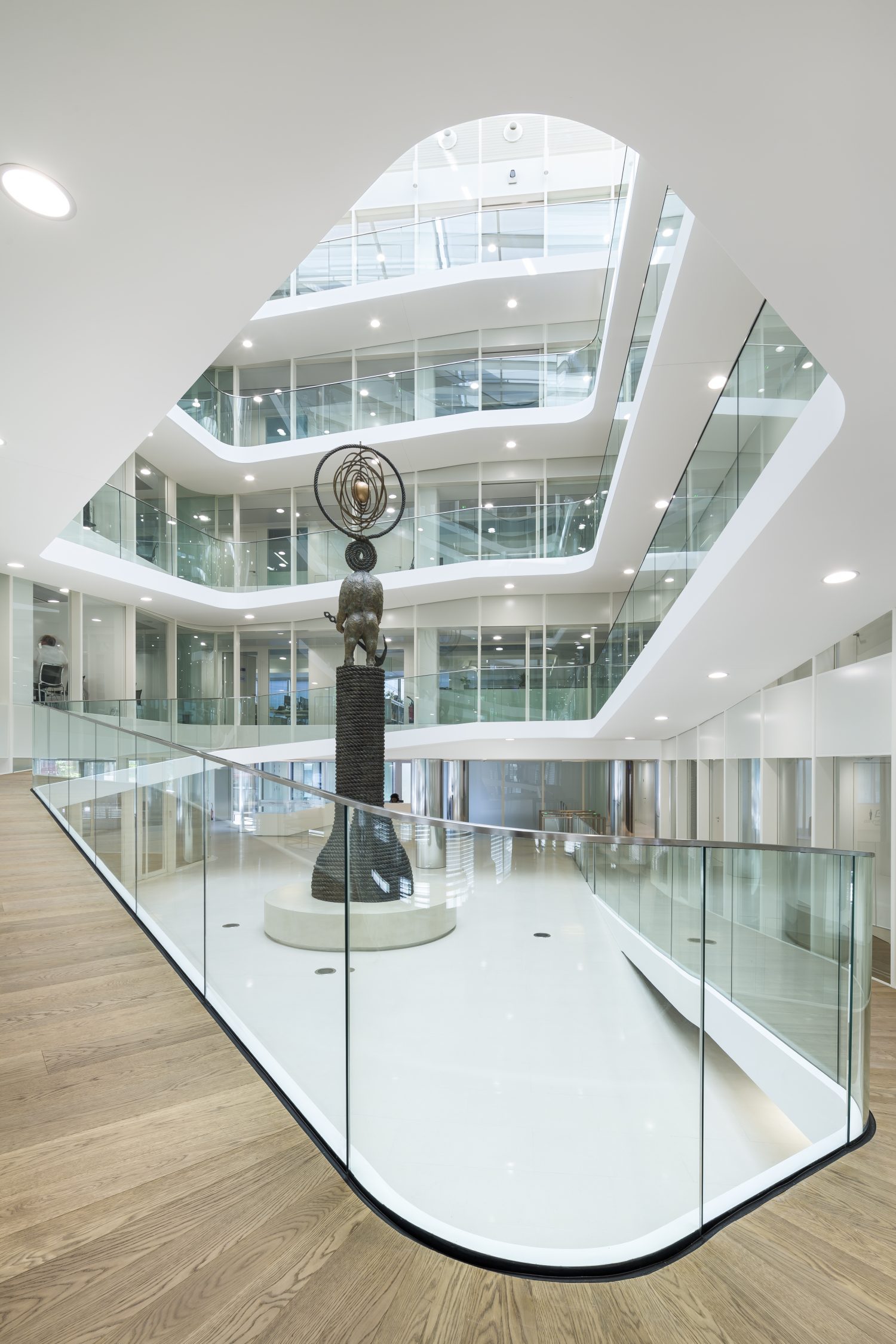 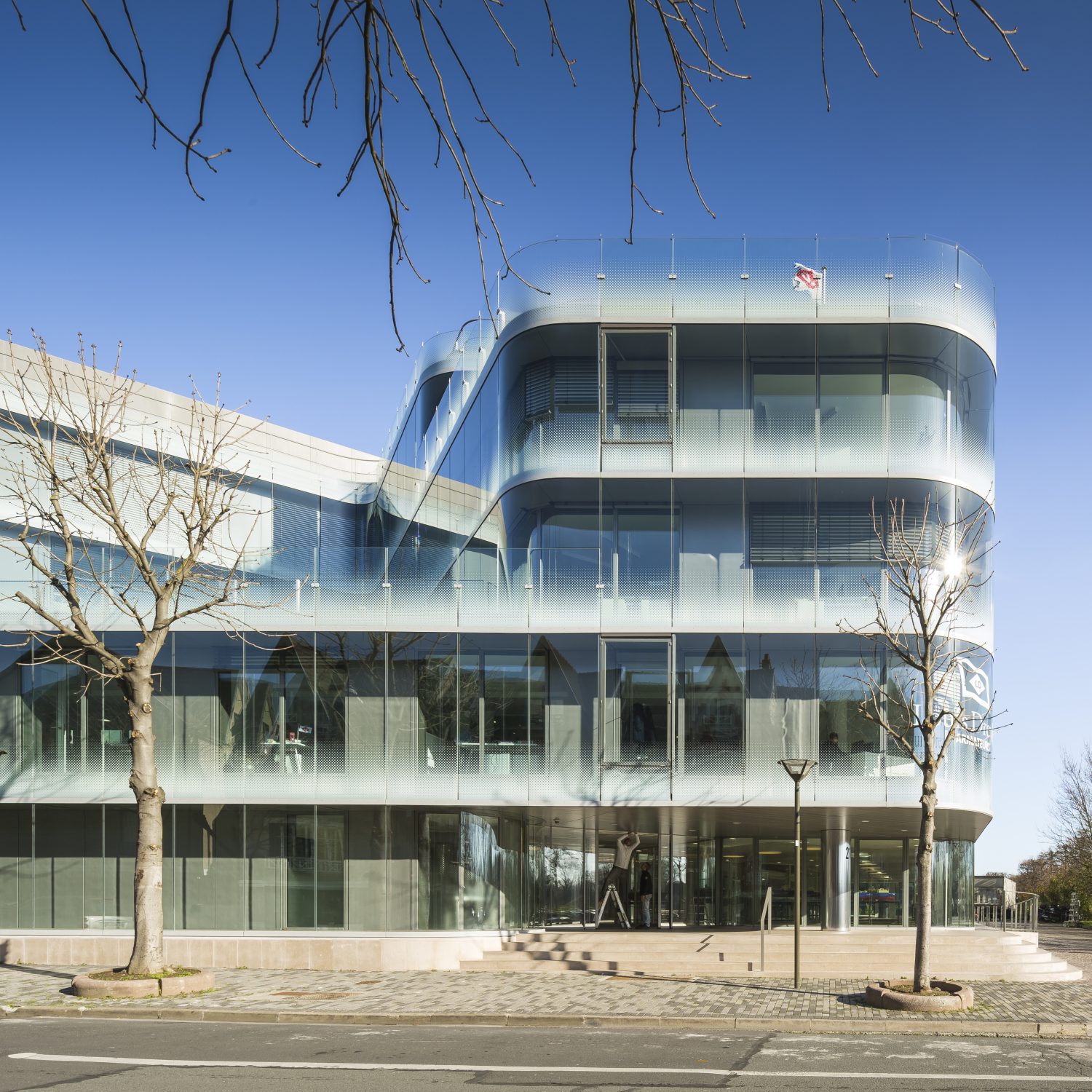 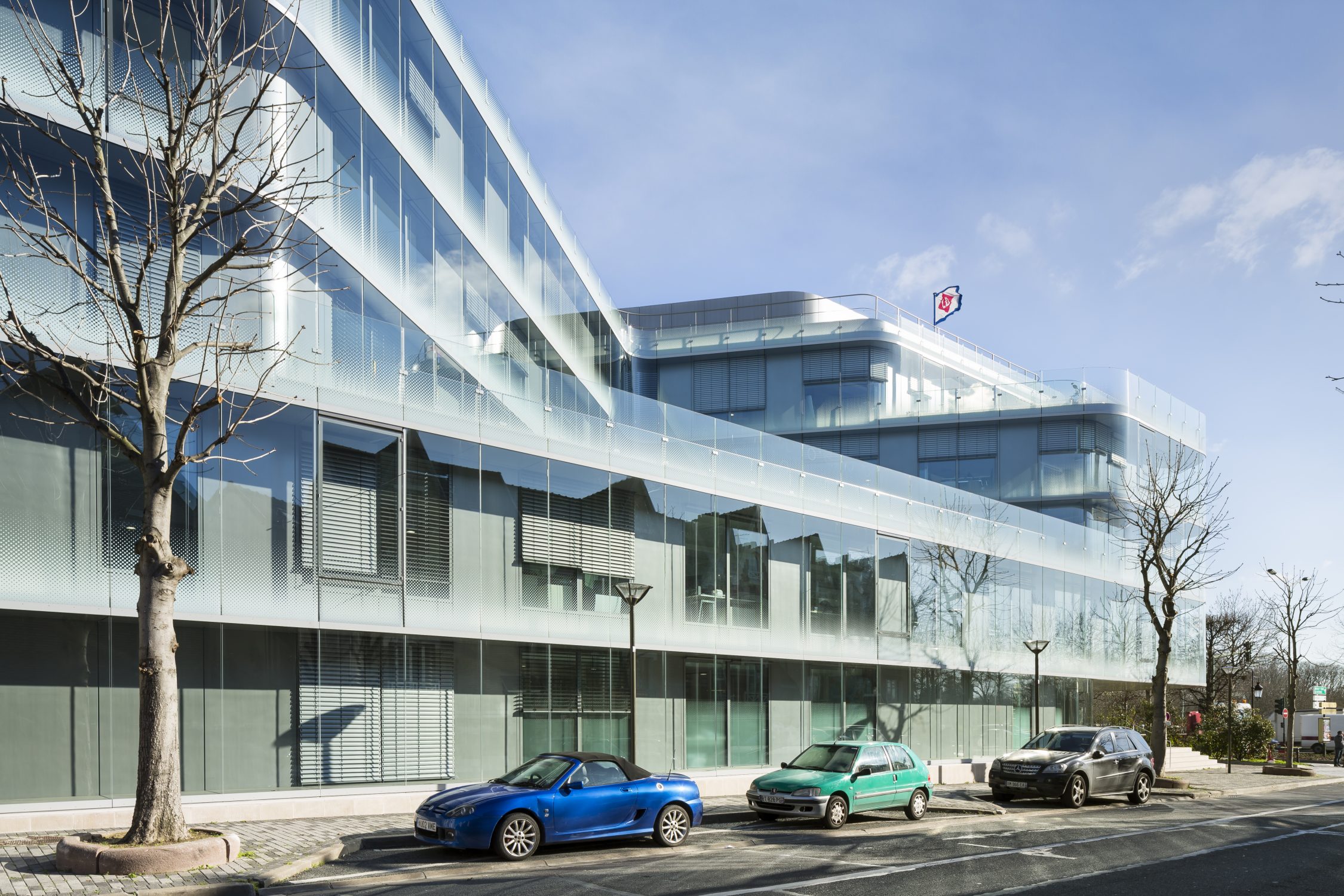 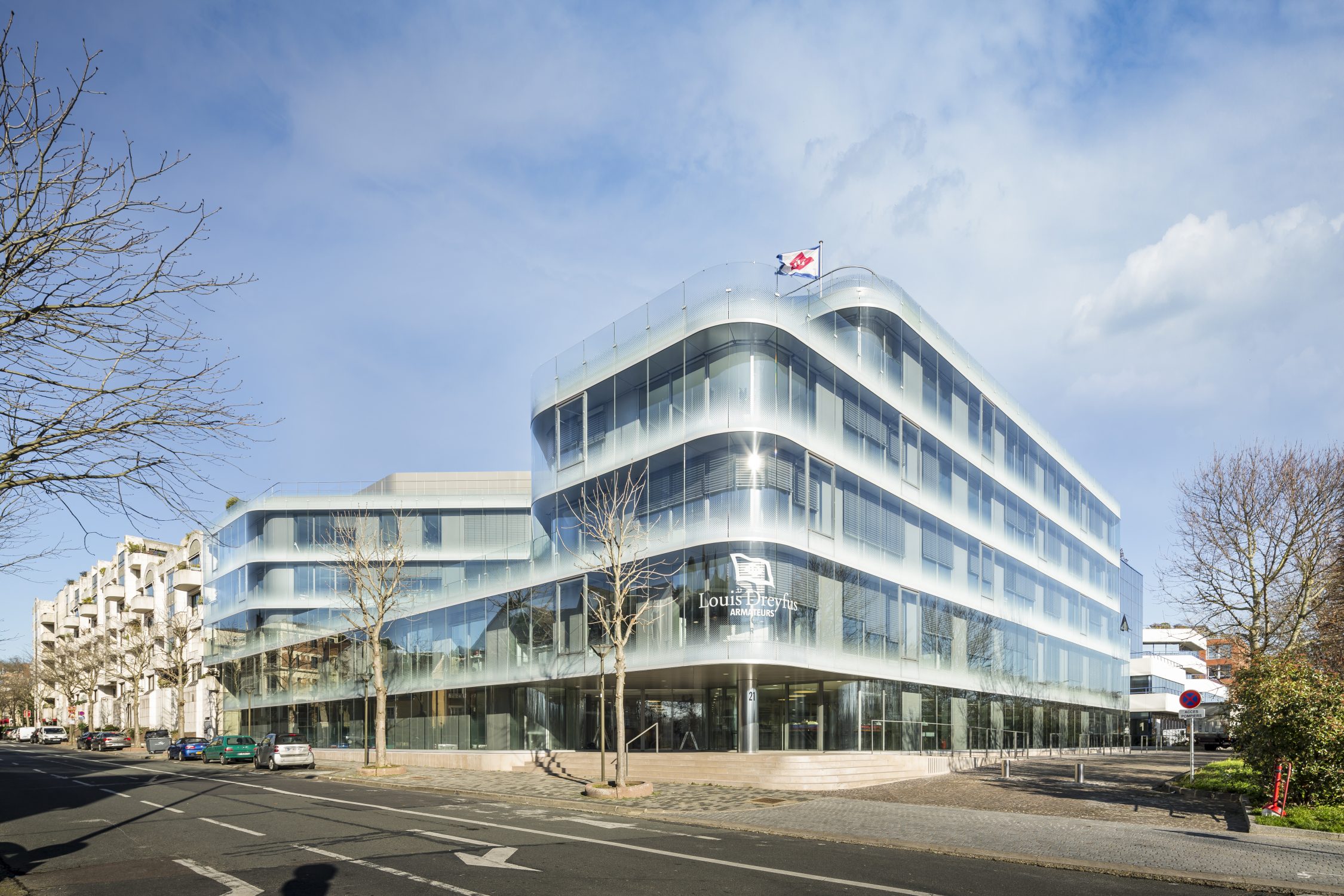 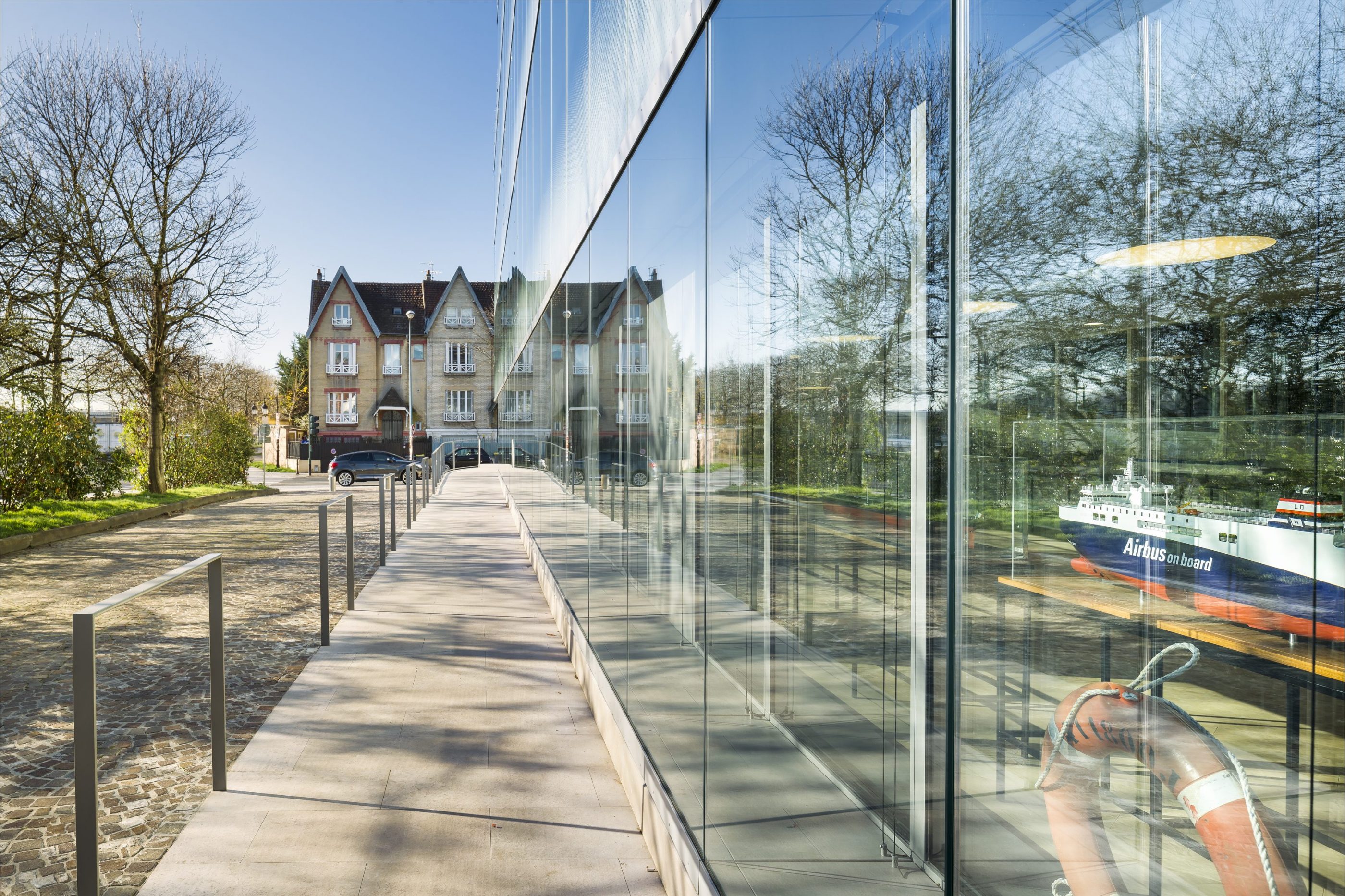 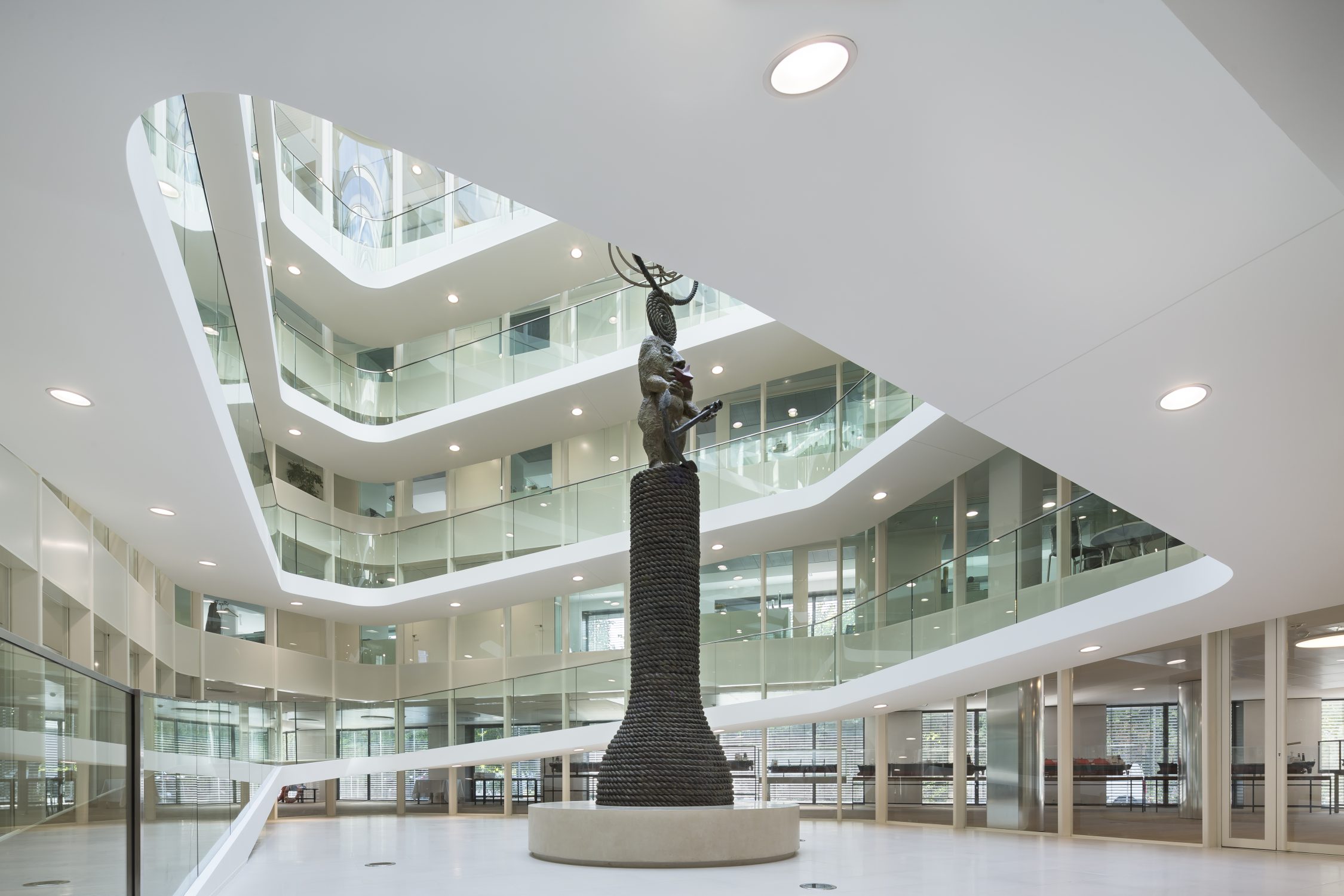 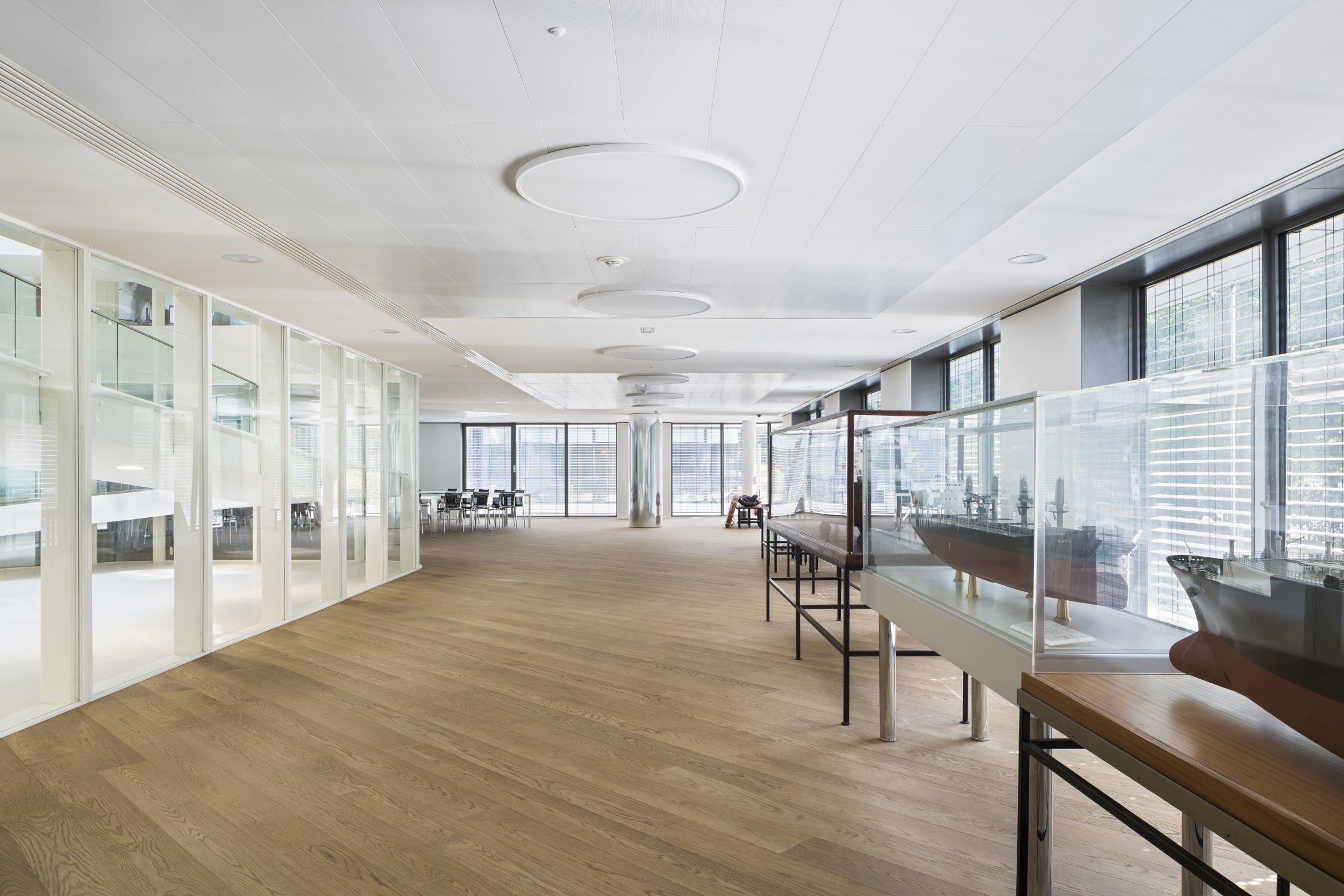 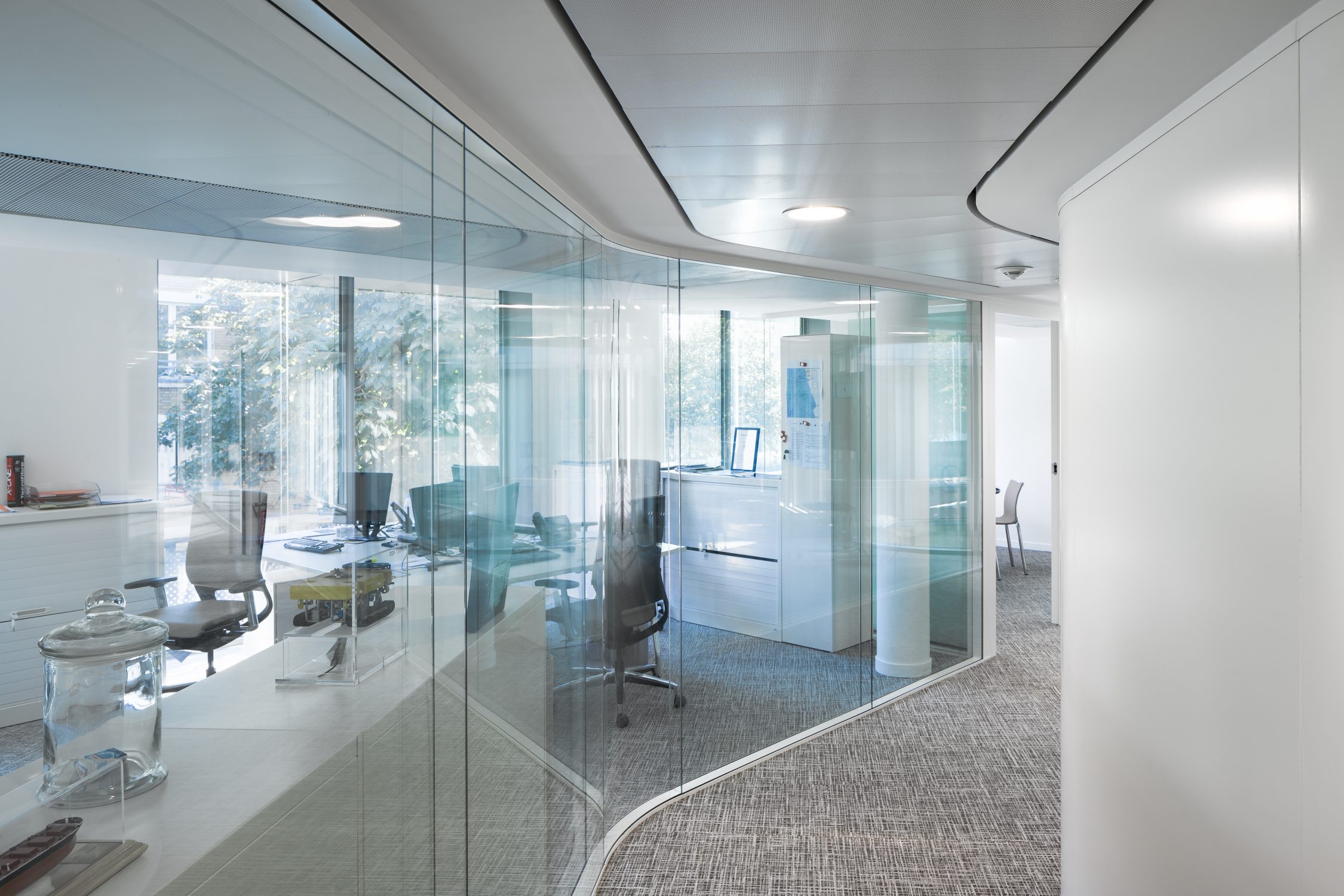 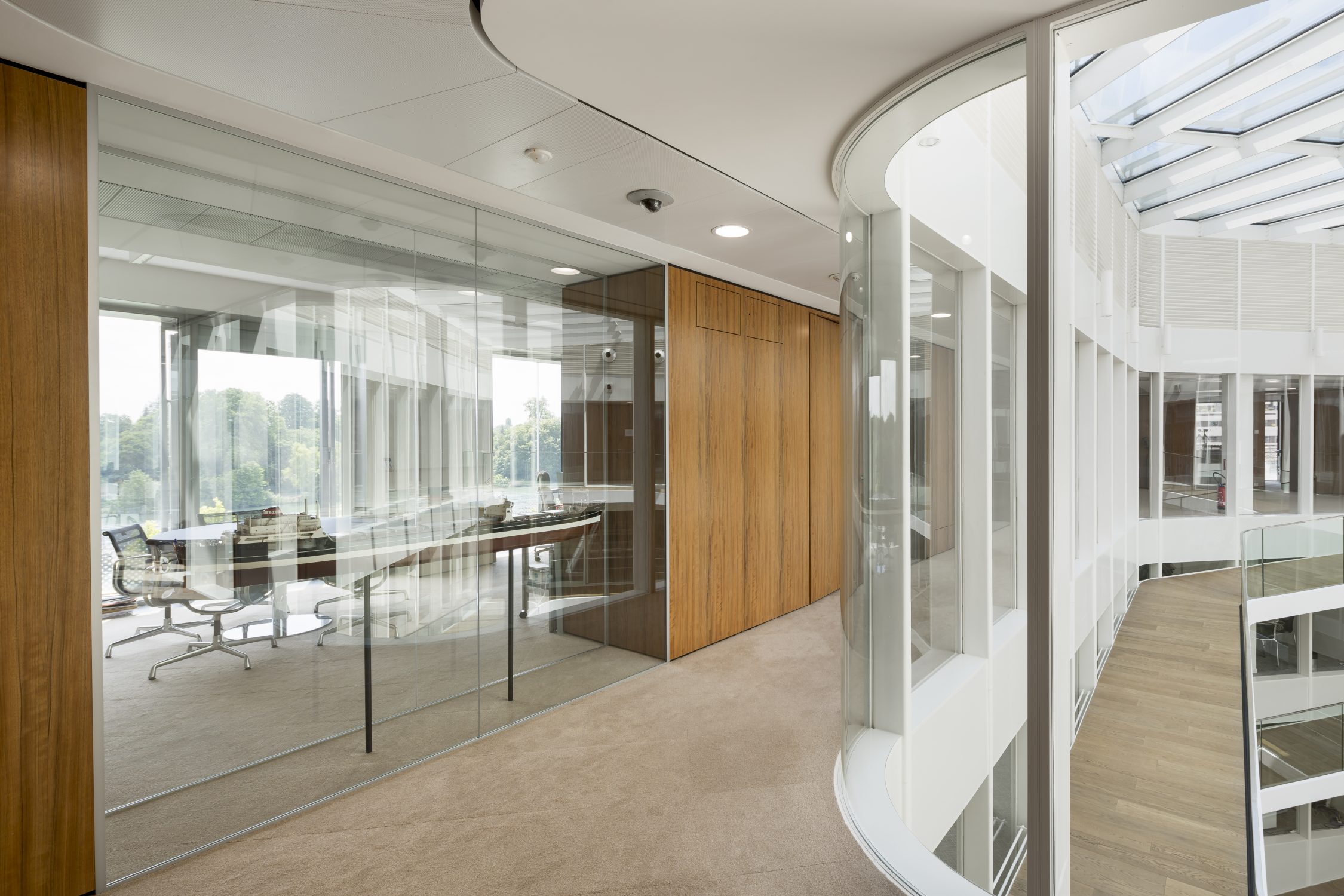 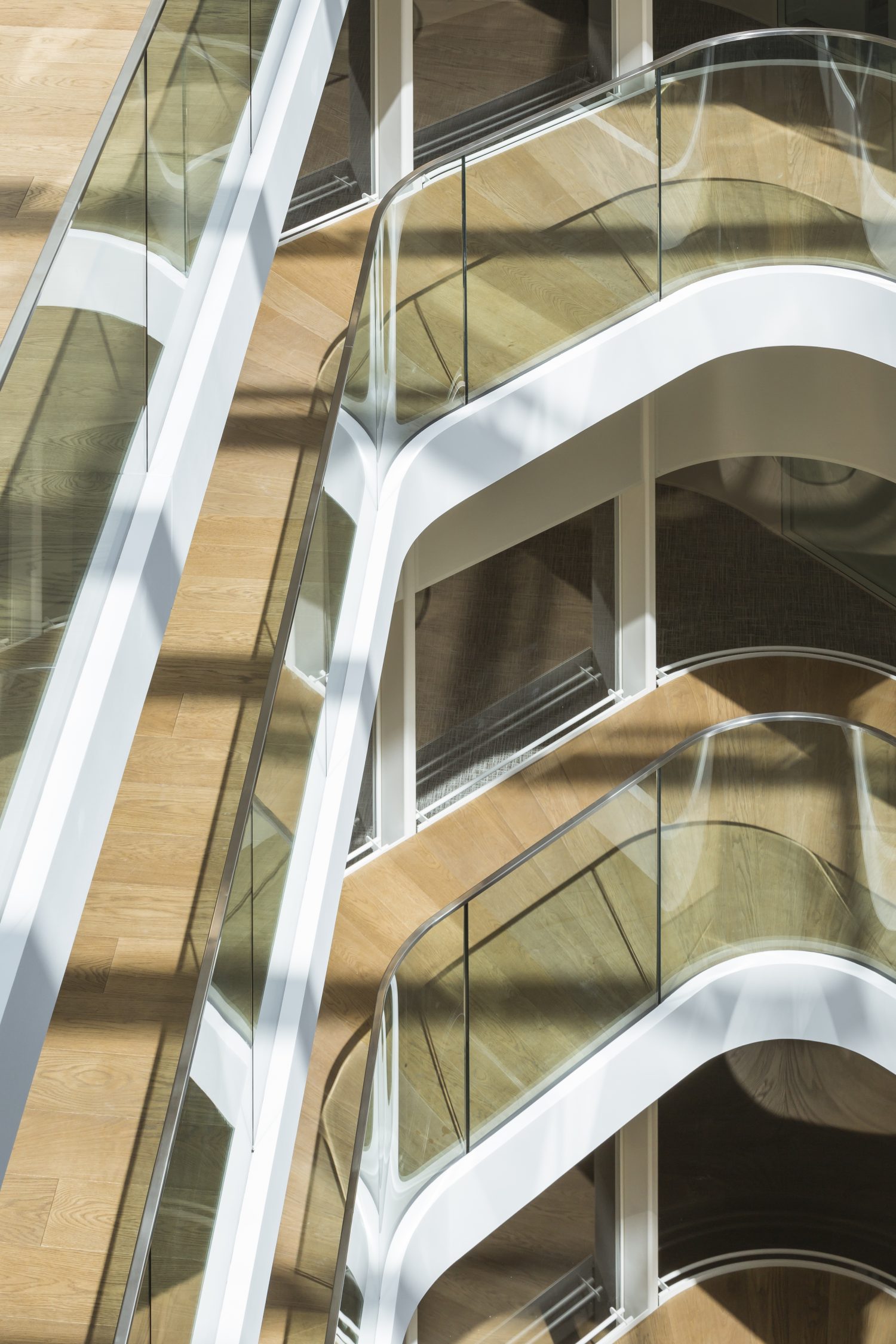 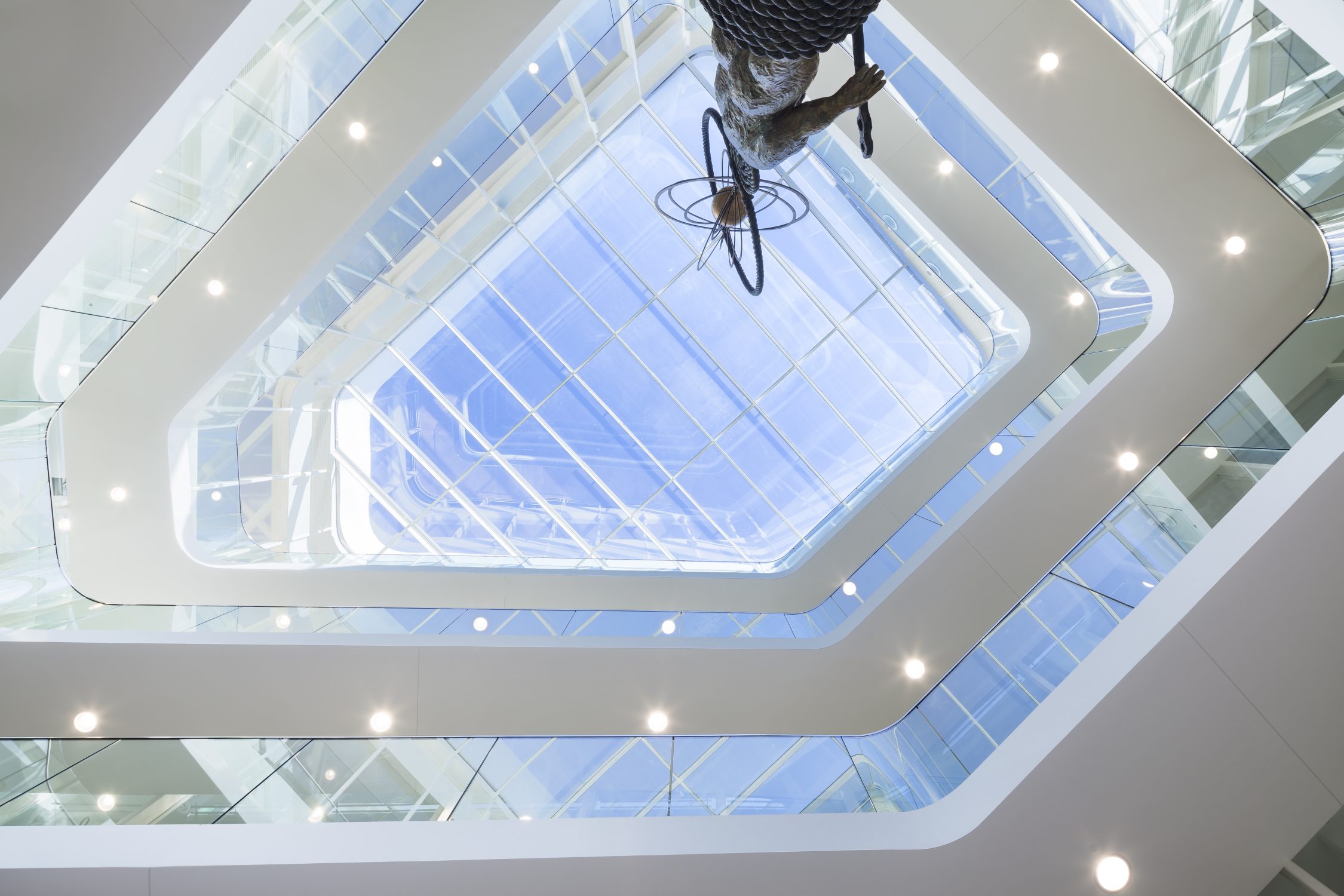 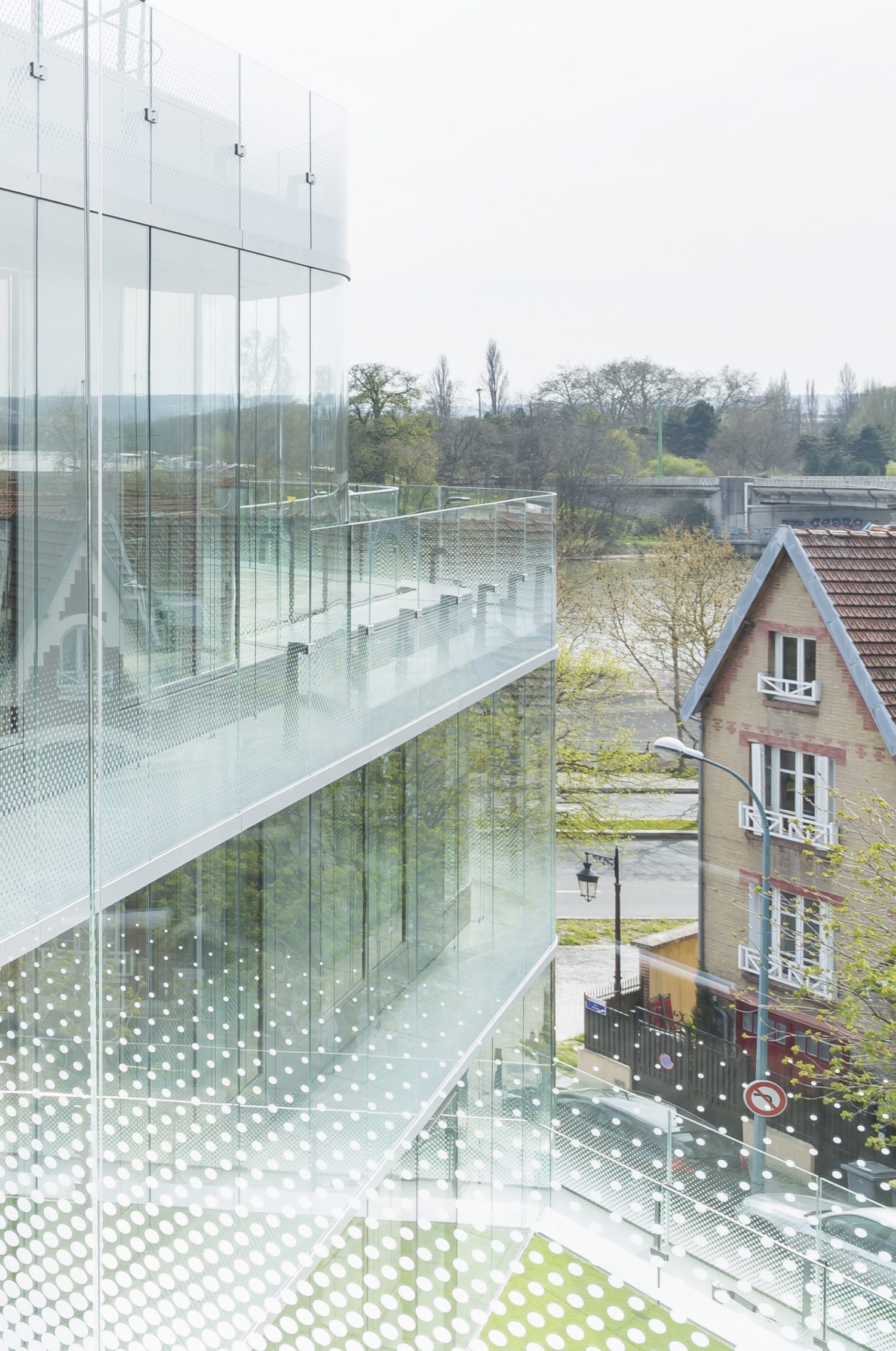 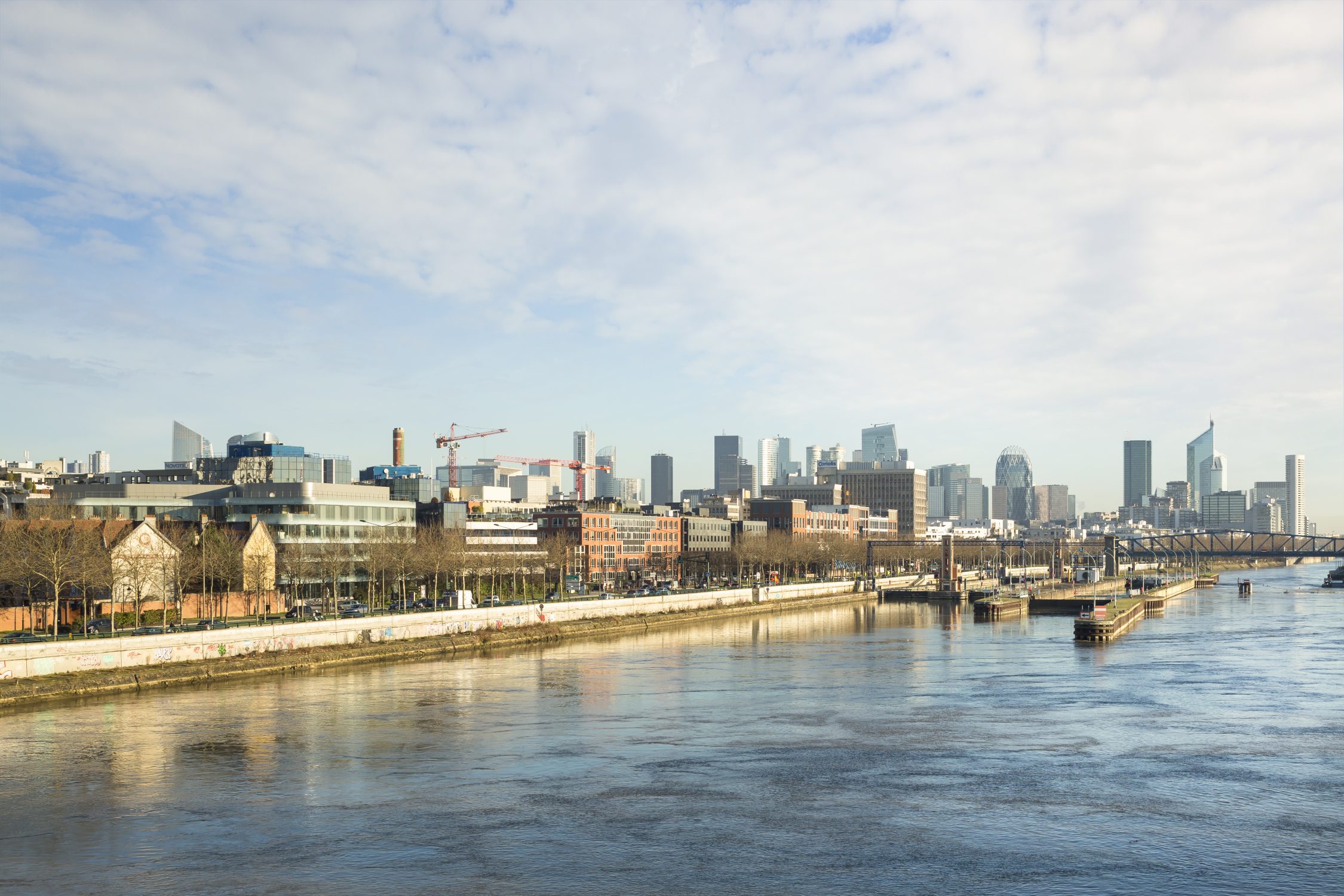 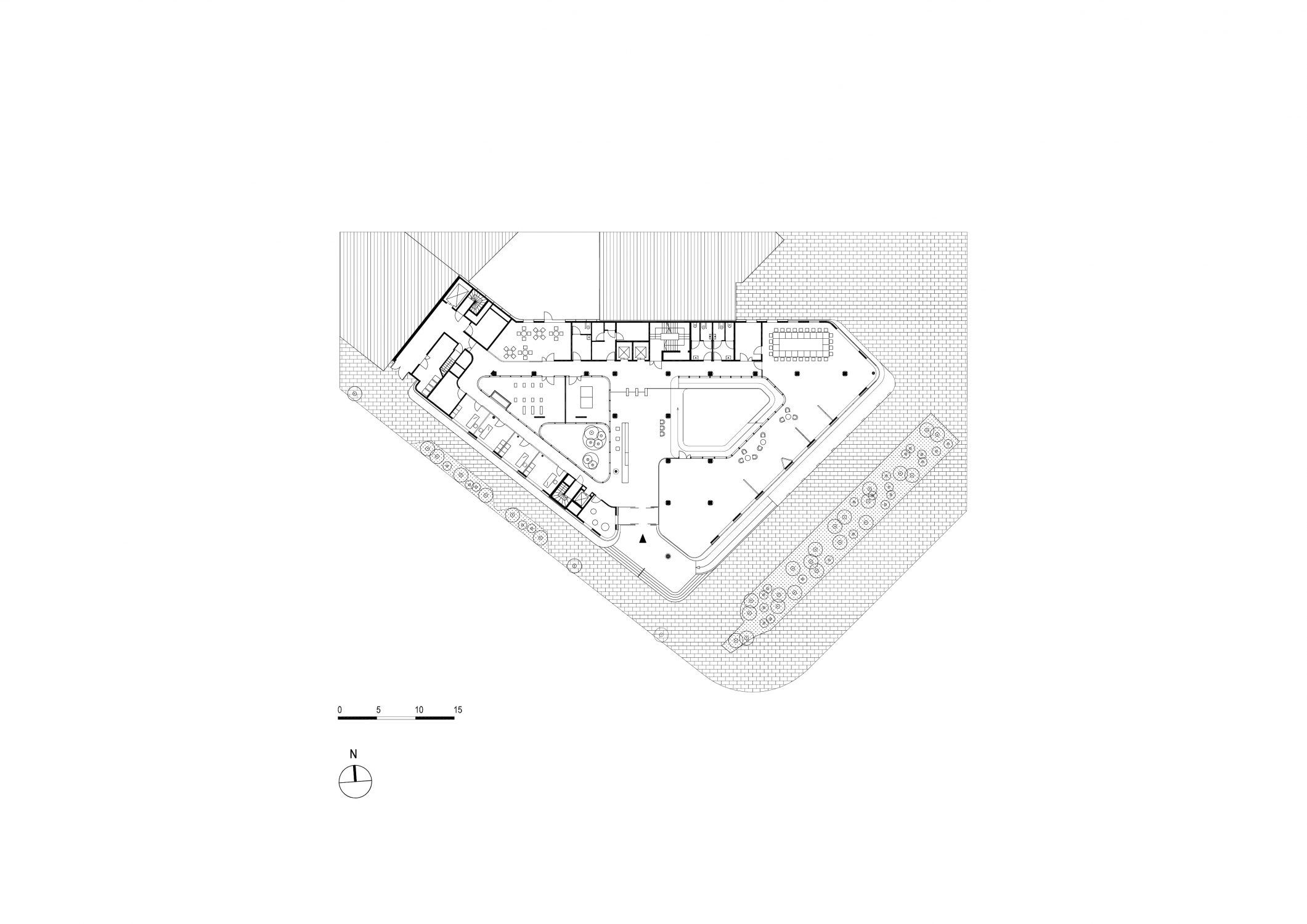 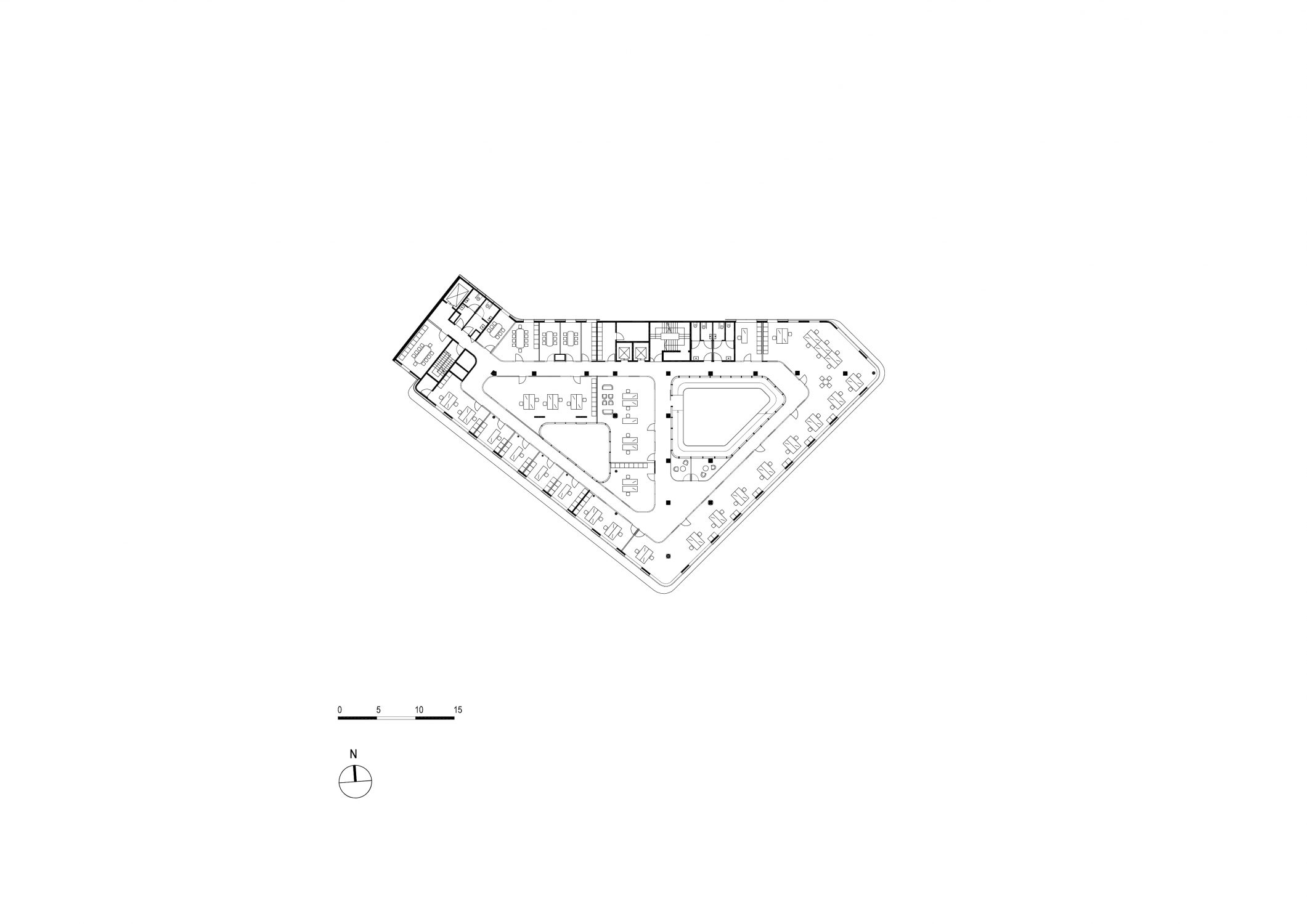 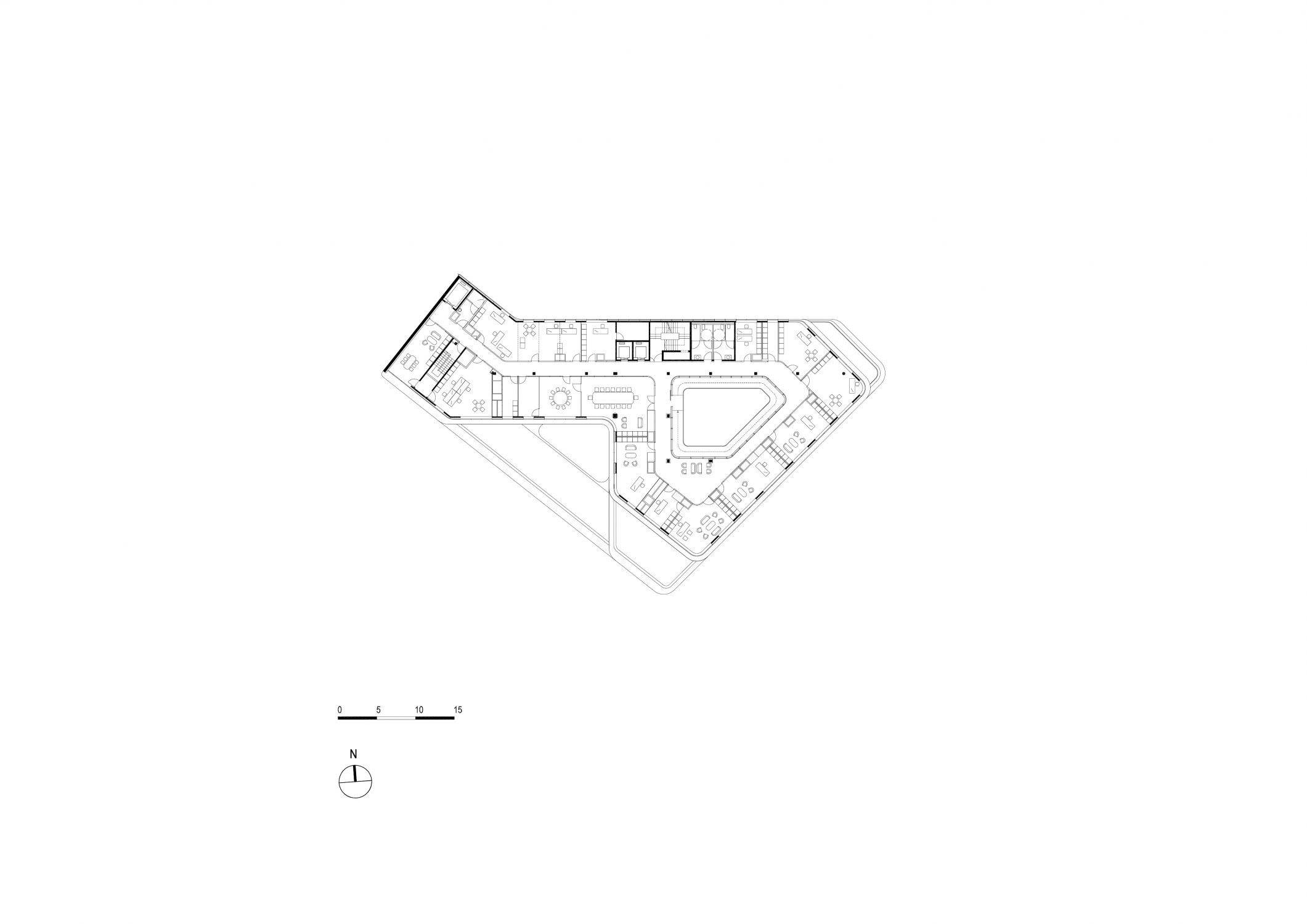 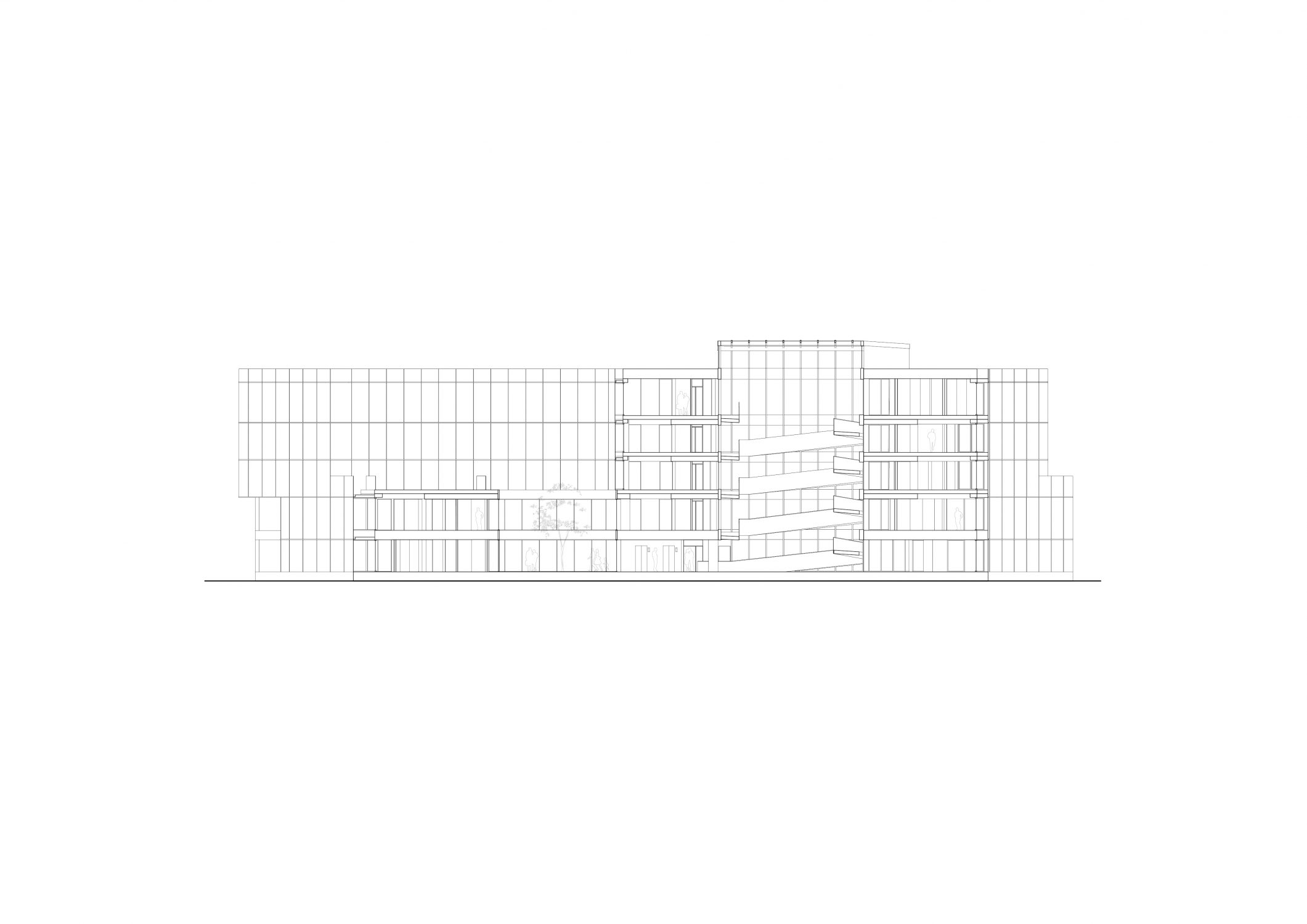 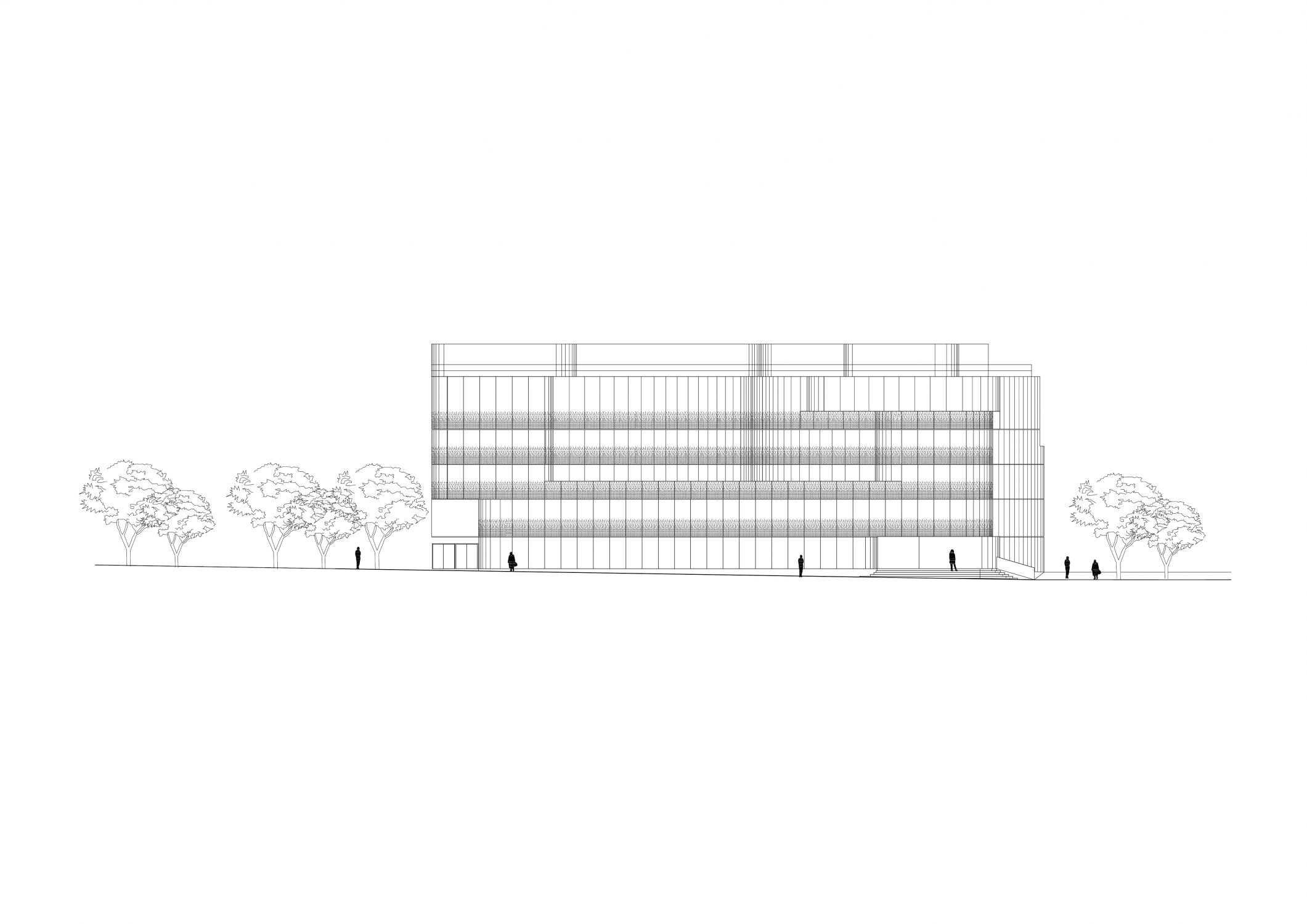 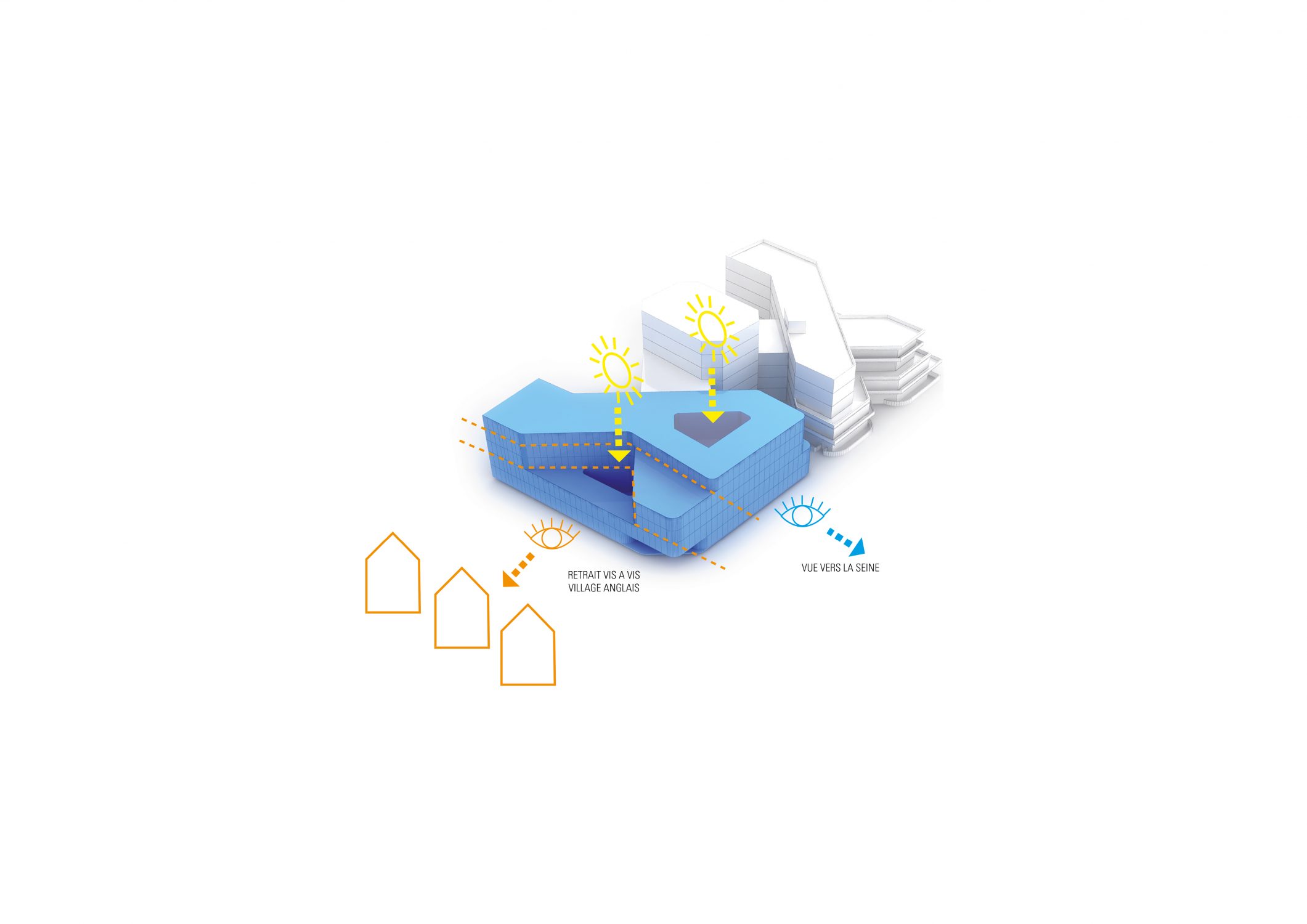 In Suresnes, the urbanisation of the banks of the Seine, combines various typologies, including pavilion areas such as the Quartier Anglais, or typologies of higher modern buildings.
Pacemar SAS, the holding company of Louis Dreyfus Armateurs, has acquired one of the twin buildings, open on the Quai Gallieni and located between rue du Bac and rue du Port-aux-Vins. Built in 1989, with a reinforced concrete structure of the post-and-beam type, the initial building comprises a basement car park of 88 units, a ground floor and four levels above ground.

The initial T-shaped plan, composed of two approximately perpendicular bars, conditions the project. The objective of the operation was to carry out a rehabilitation and development project in office space, which could respond to the development of the services and staff of the Louis Dreyfus Armateurs group.
The project reorganizes offices and circulations around a patio and an atrium with a ramp, which are dug into the triangled plan. The new façade provides a good thermal and acoustic envelope, while preserving transparency and unobstructed views of the river.
The general principle is that of open trays. The sinuous trays translate into surface areas the organisation of Louis Dreyfus Armateurs’ services, which aims at spatially regrouping the services, or at least bringing them closer together, to form real functional poles and rationalise the means.
Important work was undertaken to identify each major interior element; mainly the entrance hall, extended by the atrium and the ramp, then the boats model room and the office floors with the circulation, the cafeteria, and the relaxation areas, to which we attributed specific, customised treatments.
The atrium allows for the positioning of a monumental ramp, a unifying element at the heart of the building, which invites one to gently move through the space and make visual contact with the floors. The great height of the atrium makes it possible to understand the organisation of the whole and brings the sky into the heart of the building.