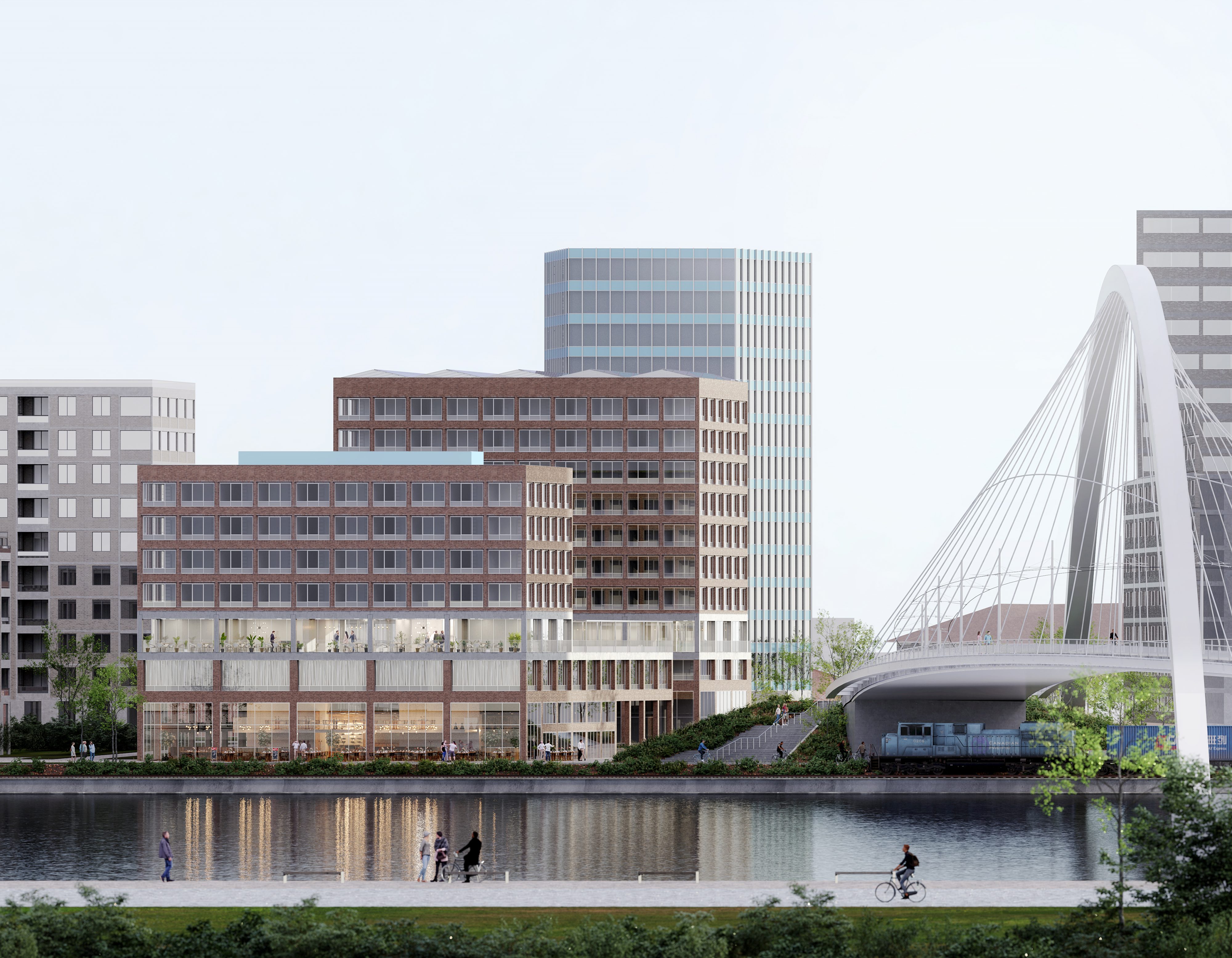 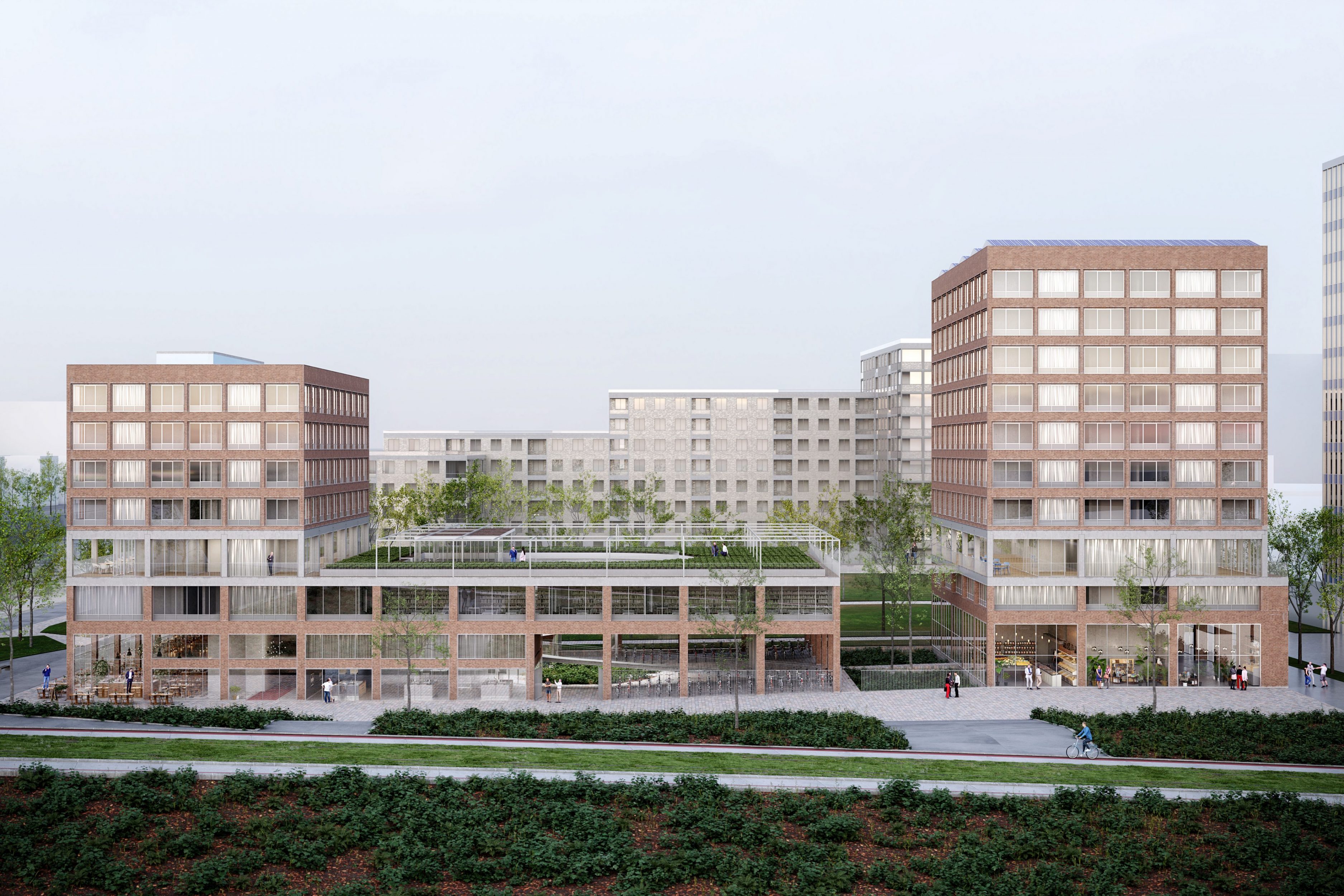 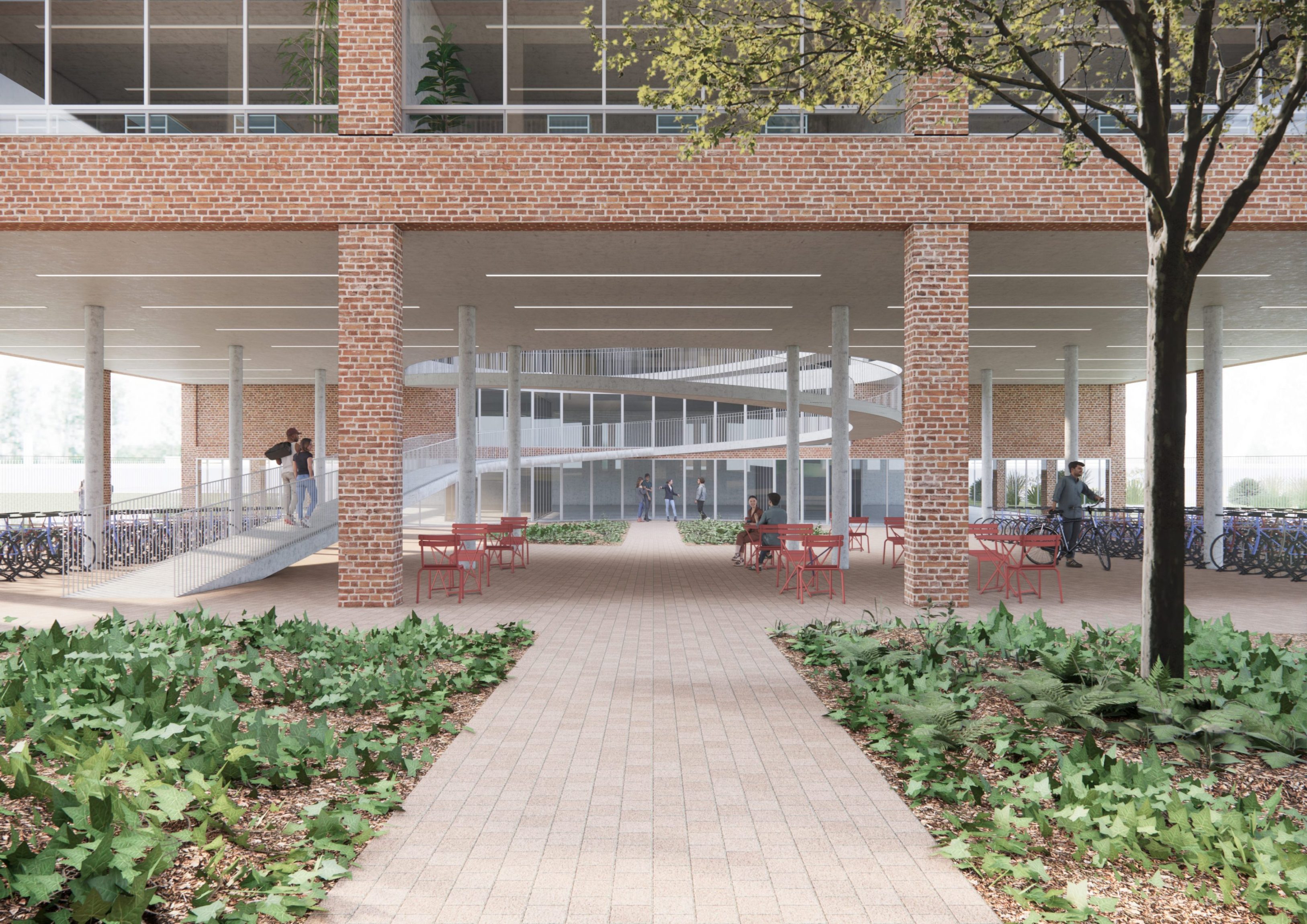 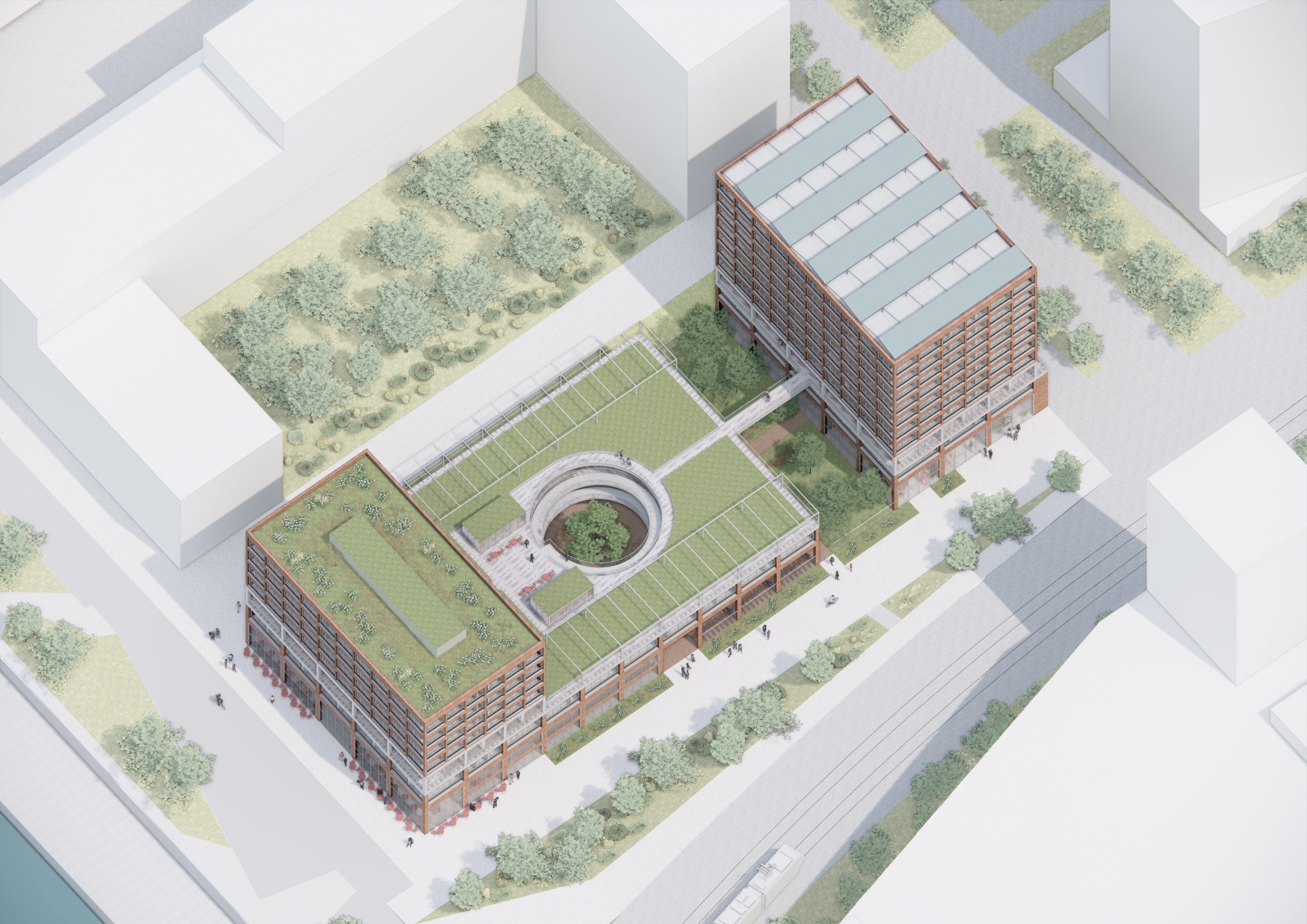 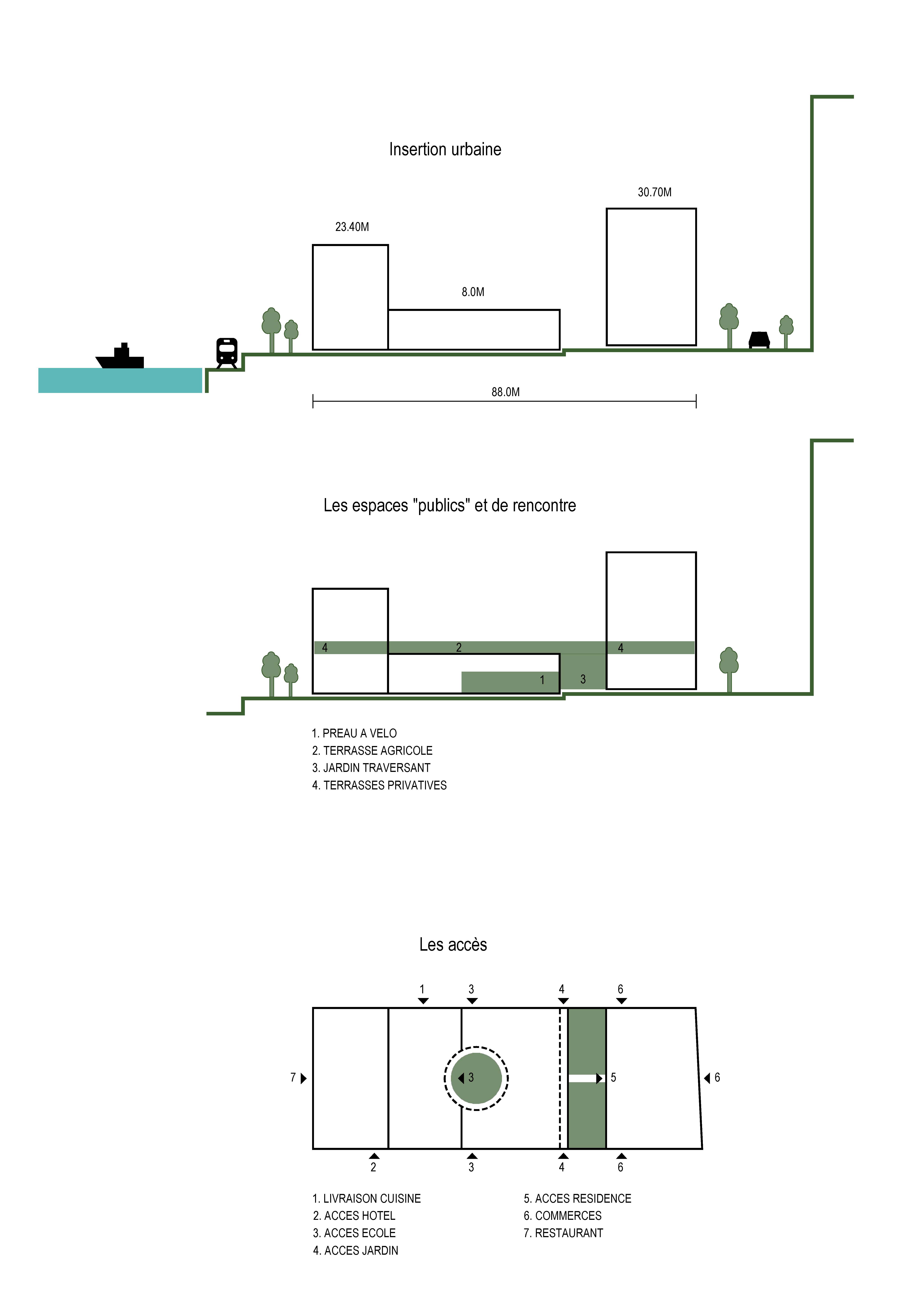 The ST5 is a plot of land located in the Starlette district, north-west of the foot of the Vauban Bridge in Strasbourg. The presence of the three programmes on the same site is one of the strong points of the project, which is supposed to function in synergy as a real “creative cooperation” centre.
The three entities of the project: residence, school, and hotel, individually assert their imprint in plan and volume on the skyline of the Strasbourg district. The project opts to open the block by introducing a through garden that separates the student residence from the rest of the programme. This green island of freshness redefines the scale of the project, but also clarifies the functioning within the building complex.
Working in synergy, the three volumes are positioned to dialogue around the urban farm. This central element focuses the attention of the residents, but also of the tramway passengers who have a good view of it. Dictated by the programme, the landscape treatment, more than a touch of embellishment, takes on a deeper meaning, that of serving the use. It produces not only freshness, but also food. The agricultural plants become, through gardening and cooking, the link between the activities of the site.
While the volumetry indicates a clear vertical division between the three entities of the programme, the architectural treatment is overall homogeneous, expressing itself in a regular grid, on the scale of the site. The measure of the project is the housing unit. The grid is given by the room, which is expressed on the facades and on the structural system of the whole.